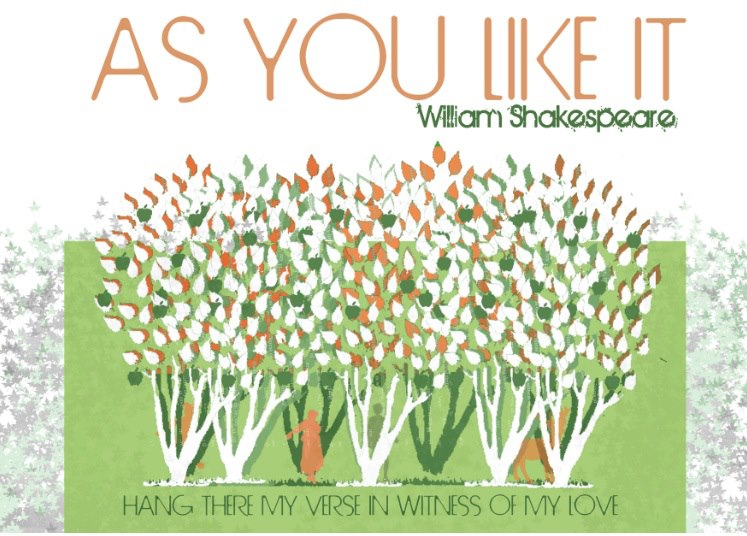 Castle Theatre Company’s annual summer Shakespeare tour returns this year with the endearing comedy, As You Like It. This was arguably a controversial choice as the play has not always been met with adoration. However, with CTC’s reputation in mind I had high expectations for this production. I can confirm that it did not disappoint. The key to performing Shakespeare well is to overcome the often difficult task of ensuring that the audience understand what is going on. Even as a keen Shakespeare fan, I was not overly familiar with the plot and characters of As You Like It, and so it was in the hands of the actors to ensure that I kept up! And I did.

What makes this production exceptionally good lies in the sheer talent of the cast. The entire ensemble must be praised for their professionalism and well-executed performance, success in which must be attributed to the excellent direction of Sam Kingston-Jones. Attention to detail was apparent throughout and every actor, whether in a big or small role, was careful to remain in character at every moment. Their reactions to the action in the main scene were consistent and clear, acting as a further aid to the audience’s understanding. Entrances and exits were perfectly executed and done so in character. This meant that the performance overall had a sense of urgency, with quick pace and high energy. There was never a moment where you felt time lagging as you are constantly confronted with the next bit of the story, making for a seamless performance. This is particularly important to master, as Shakespearean plays can easily fall into the trap of being too long and have the audience yawning. There was no such problem with this production.

Whilst the entire cast is praiseworthy, I would like to make special mention of a few actors who truly shone. Lucie Crawford gave an outstanding performance as the insightful Celia. She interpreted the character beautifully, and her careful execution of the lines tied with her impeccable comic timing, meant that everything she said was perfectly clear – even to the untrained ear. As well as this, Crawford managed to create a real sense of the love and friendship between her, and her cousin, the heroin Rosalind (Grace Cheatle).

Cheatle must also be praised for a truly superb performance. She manages to play with sincerity the elegant Rosalind and contrasts this perfectly with a comical performance disguised as the cheeky Ganymede. In addition to this, she performs with a maturity that holds the whole performance together. Again, in praising Cheatle we move to the relationship that is key to this story, of Rosalind and Orlando (Michael Forde). Forde plays Orlando with an endearing charm and together the two create an almost tangible chemistry.

Joe Skelton’s interpretation of Touchstone, the classic ‘fool’, was perfect. He made superb use of gesture and sound, putting them to work to aid the comedy of the role. Skelton, along with James Hyde, must also be commended for the musical interludes, which were a perfect addition to the overall atmosphere of the production. In discussing Hyde, I also praise his performance of both Charles and Jaques, as having a real maturity and control. The play’s signature “All the world’s a stage” speech is in good hands with Hyde.

Unfortunately, though, I was unable to enjoy the full experience that this show has to offer. As with any outdoor performance you run the risk of inclement weather, and yesterday was one such day. Hence, the performance was relocated to Castle’s Great Hall. The cast should, however, be praised for how well they adapted to this change of location, nobody seemed the least bit phased at the changes and performed to a brilliantly high standard despite a possible unsettling. This success indoors can only bode well for the future performances. The outside setting is perfect for a Shakespeare comedy and As You Like It is no exception. The Forest of Arden, where the majority of action in the play takes place, lends itself well to an outdoors setting, and I am sure will add a certain charm to the performance. I can only imagine that this production, when performed as planned- outside- will be something very special. I have my fingers crossed for good weather for the rest of the tour!

The snippets of perfection in this performance so early on in the run lay the foundations for a truly astounding show and assure me that the production will go from strength to strength. I would implore you to go and see it as the tour moves on; you will be sure to leave with a smile on your face. CTC have once again excelled themselves. All that is left for me to do is to wish the cast and production team all the best for the rest of what I am sure will be an incredible tour.