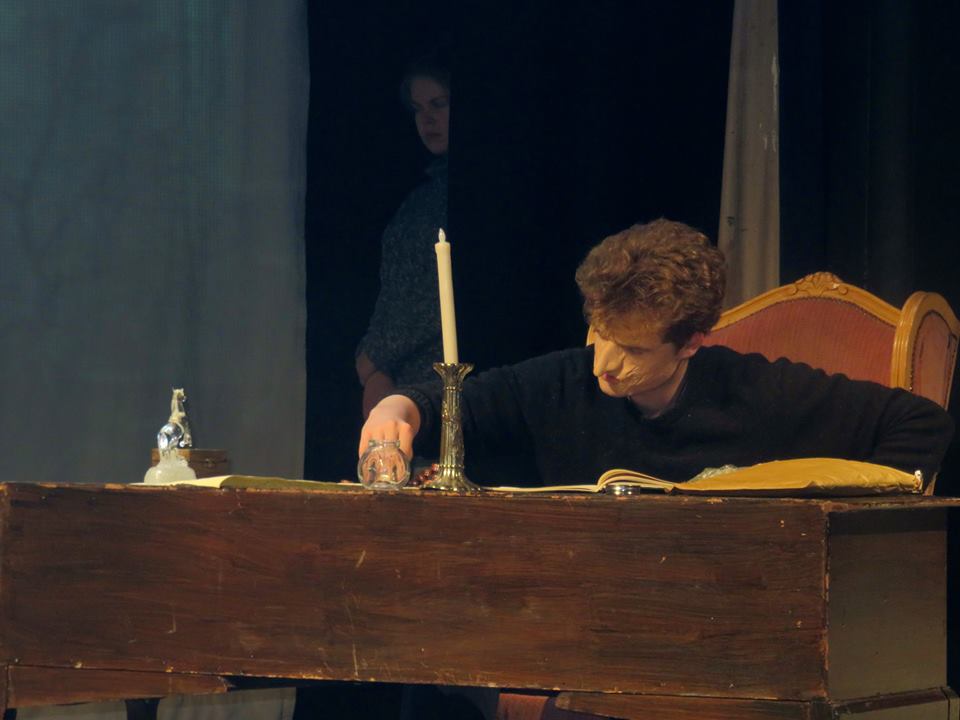 ‘Failed to raise my Christmas spirit’

DUCT’s A Christmas Carol last night, despite the festive decoration in the entranceway, some ambitious and lovely moments of staging, and a healthy dollop of cheese ultimately failed to raise my Christmas spirit, though I must say I immensely enjoyed the free mince pies that were laid on! George Breare’s overall vision was clearly strong and had some good ideas, however in the end they did not work once all elements were put together and severely lacked polish. My main issue however lies with the script, though I would seriously question the need for an interval in an hour long play that is this easy going.

This adaptation of Dicken’s well known novel used narration heavily to drive the story, meaning you could never quite get into the action or the story itself. Whilst Breare’s idea to use the actors in each scene to say the lines of narration could have worked well, at times it became confusing, as sometimes it was the actors in the scene and at others it was Marley (Ned Campbell) who delivered the narration, sat at the side of the stage throughout most of the play – on this note Ned should be careful not to look as though he’s drifting off or start fiddling with his mic, his physicality was also not reminiscent of an old man and ghost who has worn heavy chains for many years. Breare should also be careful of consistency as many actors didn’t seem to know whether the narration should be directed to the audience or to each other. Lines were also lost as characters collected items from offstage or turned to the back. Actors should also be aware of having their backs to the audience as there some whose faces I feel I barely saw, losing the emotion of the tone they were aiming to bring to the scene.

One idea that Breare must be praised for is that of using projection onto the white curtain across the centre of the stage to set each scene as the ghosts whisk Scrooge (played by Joe Campbell) through each scenario of past, present and future, though it was a shame that the surprise of the future scenes behind this curtain is lost as Marley enters and exits with the curtain slightly raised. Another moment of staging I particularly enjoyed was that of the young Scrooge (Alex Marshall) speaking to Belle (Elle Morgan Williams) whilst the old Scrooge watches on, as Breare had chosen to frame this in a spotlight, nicely containing that moment as a vivid memory in Scrooge’s mind.

On the technical side, whilst there were not too many issues, I think Breare may have been overly ambitious in some aspects of trying to create interesting designs and therefore it drew away from the overall action, with some complete blackouts whilst Scrooge was waiting for the next ghost to come and was talking, it would also have been nice to have a spot on Marley as he narrated. Lucien Rhys, who is new to Tech Directing, should however be pleased with some of the lovely and interesting effects he created.

In general the characters needed more work, as I was left unconvinced by most. Whilst Joe Campbell, as Scrooge, had the most lines and managed to maintain his physicality well, his lines often felt recited and lacked any real emotion despite the gravity of the situation and of the words themselves. All of the ghosts also suffered from this, though for me the standouts came in Will Hanway, playing Fred, whose enduring optimism and good cheer came through nicely and were a lovely contrast to Scrooge and the ghosts’ attitudes, and Andrew Cowburn, playing Scrooge’s browbeaten assistant and family man Bob Cratchit. Some of the Cratchit family scenes were particularly sweet, if a little saccharine, as well. I also enjoyed the reeling scene, where the actors were clearly enjoying themselves during Strip the Willow (the Dashing White Sergeant however should only have 6 participants not 8.. Though anyone other than a Scot would be unlikely to pick this up!).

Overall, with a bit of polish this classic Christmas tale could really have helped pick up spirits in this last, difficult week of term. Though, perhaps this is me being overly critical and a bit “bah, humbug” about the entire thing, so go along, especially if you enjoy a cheesy sing song or a free mince pie, with an open mind and let DUCT guide you through Victorian London, with some lovely visuals and a lot of good cheer.