It was with unusually high expectations that I sat to watch Hild Bede Theatre Company’s production of Chicago on Wednesday, their opening night. Whether that was due to my personal love of the show or the bizarrely tantalizing lack of digital advertising (due to licensing stipulations, not a dramatic advertising ploy) it seemed that the energy and expectation was palpable, setting the energy high before the production had even begun. The minimalist, three-tiered set was thick with smoke highlighted by the occasional spotlight. Props have to go immediately here to the tech team who, especially for a first night, had a slick run with great attention to detail and strikingly effective lighting. 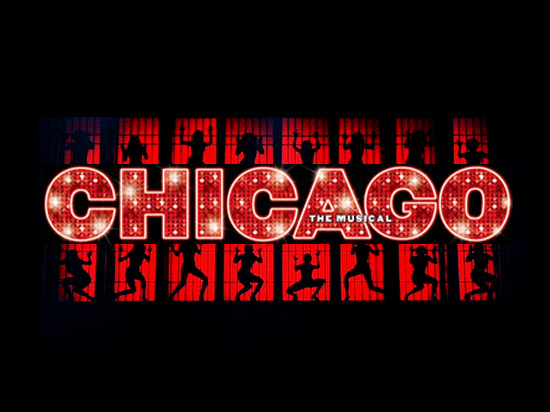 Oozing charm with a hint of sleaze

Chicago tells the tale of the wide-eyed Roxie Hart, dreaming of a life of glamour, fortune and celebrity by any means possible – even utilizing the attention of a murder. When jailed and awaiting trial for murder she encounters an array of other murderesses including star of the Chicago stage, Miss Velma Kelly, with whom she inspires a heated rivalry. The original book was written by Maurine Dallas Watkins, a reporter with the New York Tribune, which goes some way towards explaining the journalistic, music hall cross-over style that the musical embodies.

Given the big build up and gallant start by the orchestra, the opening number ‘All that jazz”, that usually serves as the show-stealer, failed to knock me out of the park. This is definitely a point that can be attributed to first night jitters, but there seemed to lack a chorus mentality or apparent outward showmanship, which is vital in this vaudeville-esque production. It was here that Eliza Cummings-Cove, playing Velma Kelly really proved that she could belt away with the best of them, and, despite the somewhat lackluster dancing, the strength and security in the vocal was, at times, at a professional level.

The other female lead, Lydia Feerick playing Roxie Hart also had strong vocal technique and a wonderful sensitivity towards dynamics and growth during a song. However, her blaringly ‘in-your-face’ acting style didn’t entirely suit the character. The performance seemed a little one-note in this respect and, rather worryingly, I found I was indifferent to whether she was hanged or not.

On the complete flipside, Harry Adair, playing her husband Amos, never left the stage without an audible exclamation of ‘awh’ from the audience. His ‘droopy-eyed pup’ was both endearing and engaging and with a cast of big characters his slightly subdued melancholic humour was a welcome contrast. Perhaps the unexpected highlight of the show came prior to his solo ‘Mr. Cellophane’ when he had to call for the spotlight to be moved as they’d apparently failed to see him.

This playful breaking down of the fourth wall served to create the illusion that, although revolving around a series of murder trials, the whole thing is merely a show. Epitomised in Billy Flynn’s (played by Michael Yates) song ‘Razzle Dazzle’. Yates had a true command of the stage and oozed charm with a hint of sleaze – which here is definitely a compliment. Although at times his accent did slip, he created some of the most convincing and entertaining sequences both dramatically and musically (particularly his scenes with Amos and the truly delightful ‘They both reached for the gun’).

This number was particularly impressive in terms of choreography; Catherine Wyatt and Katie Petty’s slick and idiomatic work turned the cast into lolling, limp puppets. However, this number was a exception – although the choreography was fairly slick and created some beautiful moments on stage, the bulk of the full chorus stage work seemed timid and half-hearted – not the frenzied, fast-paced movement that the music suggests.

It is a shame too that it became blaringly obvious why so many musical numbers were cut from the film adaptation. The plot is barely held together which, although no fault of this production, hindered the impact and fluidity of the show. The dramatic direction helped somewhat; slick dialogue, mainly solid accents and some great physical characterisation pushed the drama forward. Lily Drake’s Mamma Morton should not go unmentioned here as she embodied this confidently and professionally.

It seems, however, that the main gripes of this production are merely niggles and flecks on what is otherwise a highly successful and accomplished show. In some ways this made Chicago a more frustrating watch; it suffered from being outstanding in areas and comparatively weak in others. In spite of this, it must be said that ‘Chicago’ is a ridiculously challenging work and, for a maiden production in Durham, this show was both convincing and enjoyable with streaks of pure brilliance which hint at the sky-high potential of all involved.