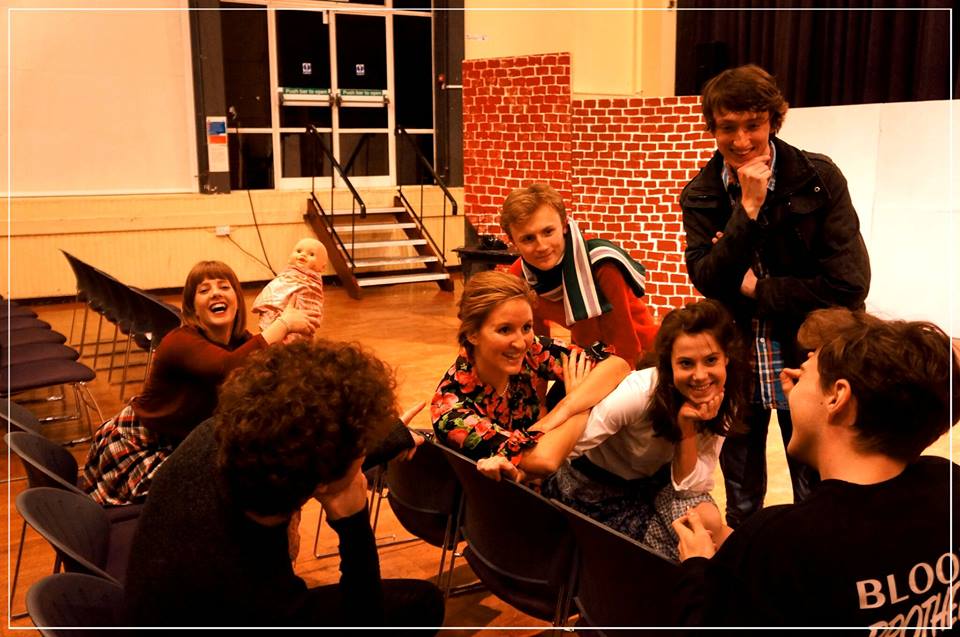 “…successful in portraying the classic as still very relevant to today in its fresh portrayal of class, power and family.”
Photo: Sophie Wright

Hild Bede Theatre’s production of Blood Brothers was an enjoyable rendition of the 1982 classic that maintained a high quality of performance from start to finish. It was a fresh take that accentuated the theme of power, not only through the two brothers but also through the two mothers, who both sought to protect their children but came into constant conflict. Indeed, the emphasis the production gave on the two mothers created an important contrast, and it was an interesting and effective choice to give more focus on the family dynamic rather than class conflict. The show succeeded in juxtaposing the humorous and comedic sections of the play with its more darker aspects, especially as there are several shifts in dynamic as the brothers aged. The comedic portions of the play were stronger than the serious sections however, they tended to lack a certain degree of intensity which could have improved the show as a whole. However, both the production team and the cast should be given credit for making the numerous time shifts obvious to the audience in a way that seemed natural – which is no small feat. Overall the play was quick-paced and witty and can undoubtedly be considered a towering success.

From the moment of my arrival in Caedmon Hall the narrator, played by Hebe Ellison, was already in place – set above the stage so that she could watch the show unfold below her – above it all both literally and metaphorically. This use of narration was an incredibly effective way of getting inside the heads of the characters, particularly those of the two mothers, in a way that really brought out their internal struggles and made them relatable to the audience. All the cast members were strong; lines were well learnt, and cues were well timed, the overall performance was clearly very well-rehearsed. I particularly enjoyed Lou Webster’s performance as Linda – her portrayal of a seven-year-old girl was a highlight for me. Her facial expressions and tone of voice really brought the character to life in real and convincing way. Matt Llyod’s portrayal of the posh and precise Eddie also had me laughing at his naivety. The characterisation within the play was strong, even though the acting would occasionally slip in the more emotionally intense scenes, as well as the accents also tending to fluctuate slightly, but this did little to detract from the play.
The costumes were particularly effective in setting the early 1960s tone of the piece. The play is all about contrasts: the differences in the lives of the rich versus the poor, and the educated and the less educated. The pristine and polished look of Mrs Lyons contrasted nicely with the more simplistic look of Mickey’s mother, and the two brothers were very much characterised by their costumes in a way that made their conflict seem almost inevitable. The production team opted for quite minimalistic use of set, however I wonder if perhaps the set design could have been stripped back even more, it could have allowed more immersion within the play. The lighting was always well-timed and followed the movements of the actors well. There was a slight problem in that the lighting would occasionally cast shadows over the faces of the cast, but I think this was mostly due to the venue. Staging was used to good effect to express movement and distance, especially having the narrator set above the stage and the use of the separate section on the right – parallel to the audience.

Hild Bede Theatre’s production of Blood brothers was funny, entertaining and relatable. The production was successful in portraying the classic as still very relevant to today in its fresh portrayal of class, power and family. An overall enjoyable experience, Blood Brothers is certainly well worth a watch.