Question: How much should we show on stage? 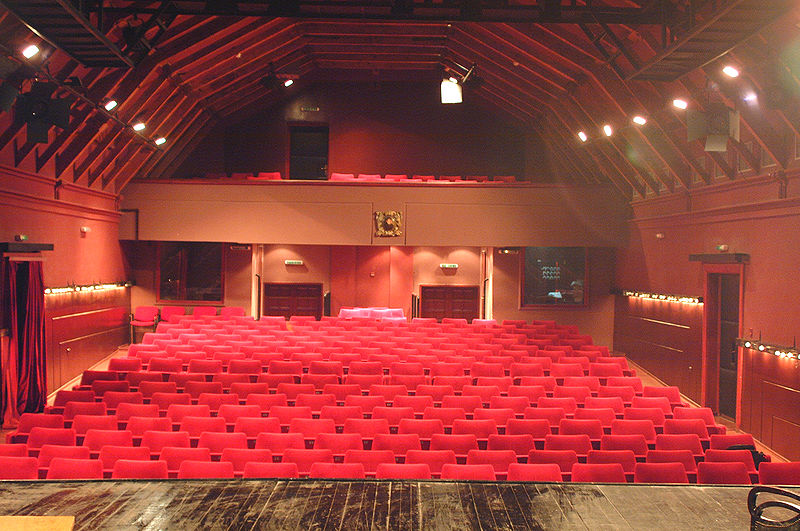 Sometimes you see something on stage which makes you wince. Or makes you feel uncomfortable to sit through. Sometimes you think ‘maybe they could have left that out’ or, ‘that could have been done better’. We are lucky to think this though, for others, depictions which are too graphic can lead them to recall an ugly experience, such as sexual assault. This raises the question; how much should we show on stage?

Some people may argue that it is just theatre, escapism and an opportunity to experience something that isn’t the world in its current state, but in this society, hasn’t anything with influence become political? In a recent interview with The Guardian, Thomas Kail, director of Hamilton, said he and Lin Manuel-Miranda always intended for Hamilton to ‘[hold] up a mirror to society’, as a social and political commentary. Given its massive success on Broadway, multiple tours across the US, and eleven Tony Awards, as well as making its debut on the West End recently, people know its values and what it stands for. Hamilton emanates a message of equality and acceptance, its success demonstrates how influential theatre can be. Taking this into consideration, does theatre have the responsibility to be harsh and truthful with its portrayal of sensitive themes on stage? Could the brutality of a situation have an influence on the audience that it would not have done if it was made more discreet?

Drama cause people to question their values. Again using the case of Hamilton (at this point it seems I am using this article to discuss my love and appreciation for Hamilton and that isn’t something I can wholeheartedly deny), it went viral this year after it directly addressed Mike Pence, showing one of many ways theatre can make politics more accessible. Surely then, the more detail included, the more of an impact it can have?

The production of Rita, Sue and Bob Too was recently cancelled, although later reinstated as a result of the sexual allegations against its co-producer, amongst other accounts of sexual abuse. Could this be a chance for artistic director Vicky Featherstone, who has been a pioneer against sexual harassment within the industry, to develop the show for a modern audience? They could show the sexual relations between the older man and the two girls to be of a morally degenerate nature, rather than placing it amongst the comedy with which it has previously been associated.

Some people believe theatre should make us uncomfortable, for the purpose of art is to evoke emotion, its very purpose is to make us re-evaluate our opinions, but should it be graphic? Especially within the contemporary context of recent sexual assault reports, it is ambiguous as to whether it would lead to positive change, trigger negative emotions for people, or reinforce rape culture.

When A Streetcar Named Desire debuted, audiences cheered as Stanley raped Blanche. In the same way The Tempest has been adapted to explicitly show Caliban as a victim of imperialistic attitudes, should Blanche, despite being ethically questionable herself, be shown as a victim of toxic masculinity in a more graphic fashion? Could this assimilation of classic plays into a more modern context demonstrate to the audience the attitude we should be taking against sexual harassment? The ambiguity as Stanley carries Blanche off shown for what it is, to reflect the brutality of the treatment of women then and now.

The question has to be asked though, would this perpetrate rape culture and reinforce those values? For production teams don’t know the people in their audiences and their individual reactions. Should theatre be more considerate of its viewers and not actively try to make them uncomfortable? An increase in awareness should also lead to an increased sensitivity for the audience.

These questions do not have definitive answers, for every audience is individual. Theatre is influential however, and that power should be used to the best of its ability. Productions have to be aware of what they’re showing to their audiences though and the impact they can have. It is meant to be a place of escapism, and in this, it is meant to provide a form of a safe space almost, so awareness of the impact theatre can have on its audience is key.