Pick of the Term 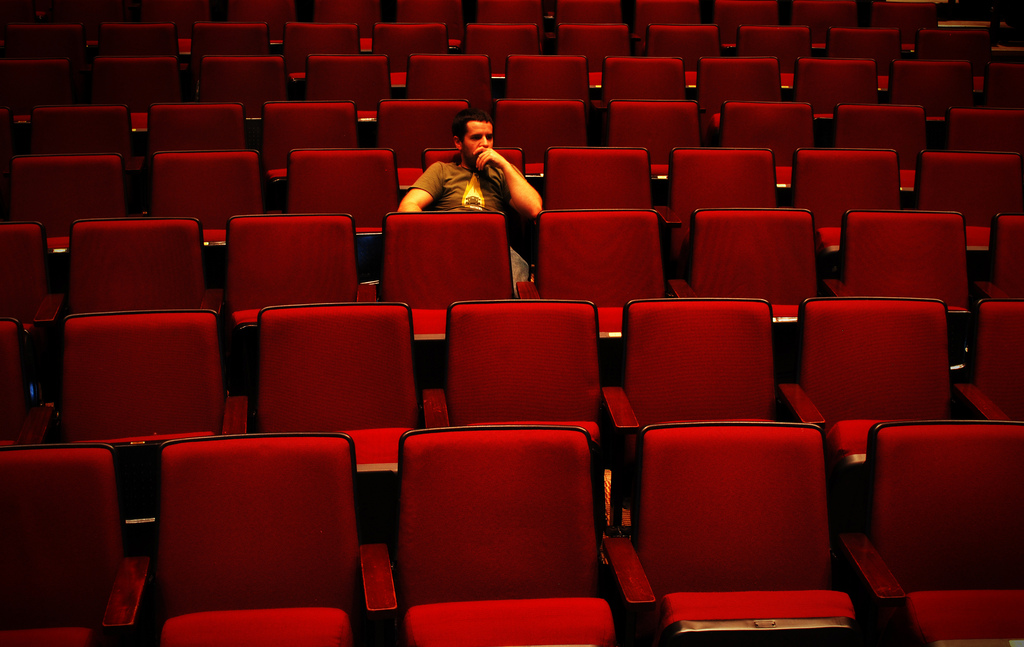 Which of this term’s productions deserve a full house?

Perhaps surprisingly for a little town tucked away in the north-east of England, Durham boasts the largest and most active student theatre scene in the country. This term alone will see at least fifteen productions coming to various stages and performance spaces across the University. Which is all great… until you try to decide which to go and see. With so much choice, and every production claiming to be a “must-see”, choosing one can sometimes be something of a lucky dip. And all too often, the best prizes can pass you by.

So in the first of what we hope will become a regular feature, The Bubble has taken a sneak preview at all the term’s offerings. We’ve translated all the theatre company acronyms (from DULOG to HCTC), have finally discovered where the James Knott Hall is, and here present our top picks:

Although we still have no idea exactly which play will be performed, we can’t talk about Michaelmas term productions without first considering the only one to be put on by Durham Student Theatre itself. The Freshers’ Play is acted, directed, produced, tech’ed and stage managed entirely by first years (never fear, they are guided by seasoned veterans). For many, it therefore acts as the first opportunity to prove their mettle on (or behind) a Durham stage. Whilst student theatre is too forgiving for it to be a real make-or-break moment, you can be sure that for those who turn in stand-out performances, it will be just the start of an illustrious career. As such, the production provides a first unique opportunity for the audience to assess the new intake of talent and see who to look out for (or avoid) in future.

But that is by no means the only attraction, as this is always one of the most talked about productions of the year. Any Freshers’ Play, be it that of DST or a college, ignites an argument of quality vs. quantity. A play with a large cast will afford maximum opportunity for involvement (the sole aim of such a production?), but the more actors needed, the more scraping of the barrel involved in casting. Last year’s production of Our Town provoked violent controversy over the issue (yes, really!), so we eagerly await this year’s instalment.

Any play that brings up a link to a technical forum above the relevant Wikipedia article on Google would usually send a student theatre company running. First Person Theatre Company must surely therefore be applauded long before anyone graces the stage for taking on this technically challenging piece set entirely in and around a car; a Nissan Bluebird to be precise (we wish them luck in getting hold of one). But they are rightly well-rewarded by way of fantastic contemporary material to work with. Following the course of a night with Jimmy, a London cabbie, as he picks up his various “fares”, Bluebird (Stephens’s first play) is a humane exploration of family life set against the bleak world of the metropolis. It is easy to ignore the slight plot flaws characteristic of a first play thanks to the clearly evident brutal writing and authenticity that has won Stephens’ later work such high acclaim (his On the Shore of the Wide World won the 2005 Olivier Award for Best New Play). His aim in writing is to force the audience to consider, and often reconsider, the way we live, and does not shy away from any resulting controversy. Indeed, his 2008 play Pornography argued that the 7/7 London bombings were created and nourished by the prevailing culture in Britain itself.

A refreshing choice then for Durham, something we have come to expect from First Person Theatre Company. Their production of Palace of the End last term was an intimate and intense piece of theatre, and they have just returned from the Edinburgh Fringe where their production of W;t received rave reviews. We look forward to this, their next offering.

Tim Firth’s story is a wonderful one. Lured into acting while studying in Cambridge by an aspiring young director under the name of Sam Mendes, Firth confided in him one rehearsal that he’d really rather be writing. Even at that young age Mendes had an eye for talent, agreeing to Firth’s request and directing everything he subsequently wrote while at university. The playwright has since gone on to huge success, writing the screenplay for the 2003 film Calendar Girls and adapting it for the recent and incredibly successful stage production.

The Flint Street Nativity followed a similar course. Originally written as a television play starring a hand-picked cast of comedy actors, including Jane Horrocks and Frank Skinner, it was adapted for the stage where it became the most successful production in the history of the Liverpool Playhouse (where it played for two consecutive Christmases). The play follows a class of seven year olds as they prepare for their nativity, complete with the paediatric power-politics that ensue. Based on real events, and with the acuteness of Firth’s observation, it is a hilarious, heart-warming and sometimes heart-breaking piece. It brings with it, however, additional challenges to those already inherent in farce. With actors playing children (that cliché of student theatre) and characters who can’t act, but who are of course trying to, 3DTC must work hard in this their first production to avoid the atmosphere of a local amateur dramatic performance in the village hall. If that pitfall is avoided, this will be a very welcome alternative to the usual Christmas tripe.

(If you have not yet worked it out, 3DTC stands for Three Divas Theatre Company.)

For more information, and listings of all other productions this term, please see www.dur.ac.uk/DST/ or pick up the DST’s “What’s On” guide at the Freshers’ Fair.

If, after all that, you need to sate an appetite for something a little more professional, and can cope with an adventure outside of The Bubble, here is a selection of productions from theatres across the region:

Thursday 13 – Saturday 15 October, One Flew Over the Cuckoo’s Nest

Based on Ken Kesey’s 1962 best-selling novel, the play steps into the hilarious and harrowing world of a 1950s American lunatic asylum. This darkest of black comedies follows the escapades of a band of patients, questioning concepts of sanity and authority and challenging our view of normality. This is the second Customs House offering from WTS Productions, following their successful debut with Stephen Berkoff’s East.

Direct from South Africa, this stunning “Beauty and the Beast” story is sure to break new ground on its tour of England. The story centres on a facially disfigured young man with no skills, only his bare hands, who is forced to enter a life of crime to make amends for falling in love with the girlfriend of a notorious township thug. Using the best stylistic devices of Township and Community theatre and told in the tradition of Hollywood action movies, it is sure to bring something unique and original to Durham.

Adored since its creation in 1965, this is a classic production of the greatest of all love stories. Kenneth MacMillan’s masterful choreography is placed within a sumptuous set recreating thirteenth-century Verona, accompanied by Sergei Prokofiev’s grand, romantic and slightly chilling score.

This operetta, infused with Parisian sensuality and Viennese sophistication follows the beautiful widow, Hanna Glawari, in her quest for a new husband. The staging is sure to be exquisite, with choreography from Strictly Come Dancing’s Craig Revel Horwood, whose critically-acclaimed productions of Chess and Copacabana have given him a reputation second to none. Accompanied by glorious music and lavish period costumes it is sure to be a joyous evening of fun and romance.

Age has done nothing to weaken the powers of Bennett, the most cherished of national treasures. Following a sell-out success in London, his latest play is full of his characteristic wit, whilst also being unexpectedly moving. Dealing with sex, death, creativity and biography, this is one of the country’s greatest playwrights continuing to push himself to his limits.