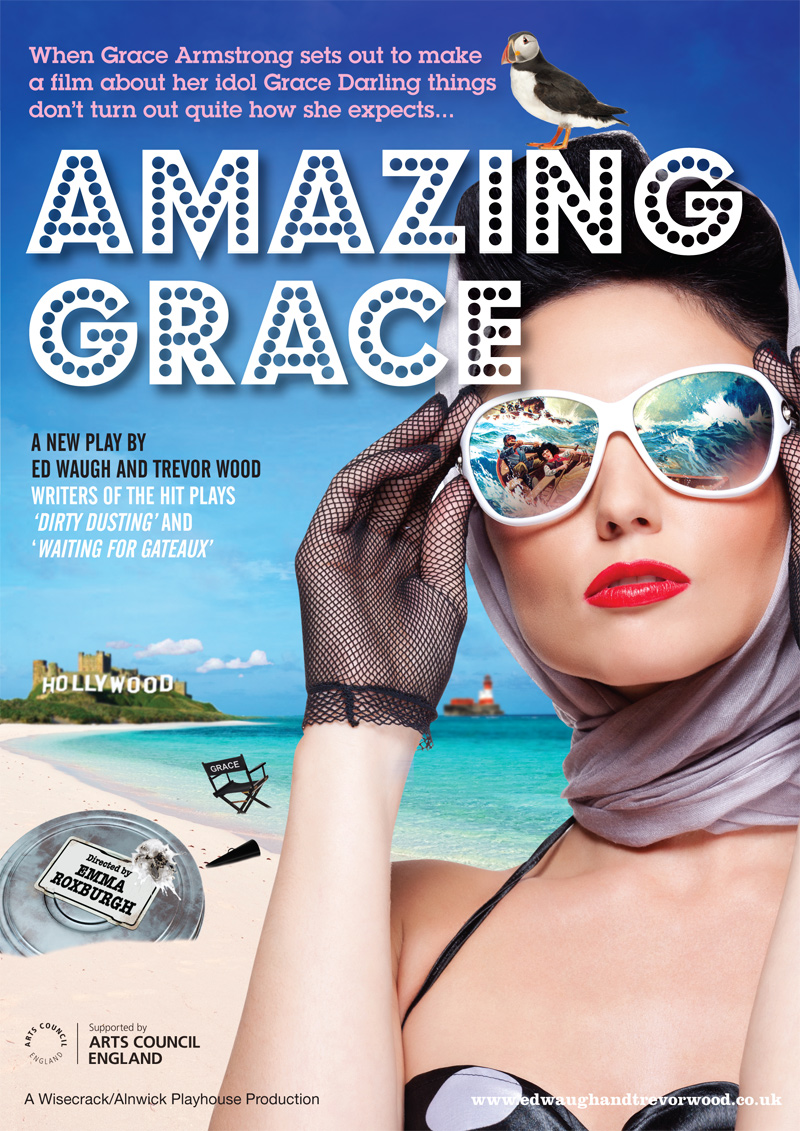 Ever heard of Grace Darling? Ring a bell? Chances are if you’re under 30 you may have no idea who she is. So on Thursday, 11th October 2012, the Collingwood Woodplayers trotted along to Principal Joe Elliot’s house to meet Ed Waugh, one of the writers of the play ‘Amazing Grace’, and enjoy some free nibbles.

The focus of the play is real life hero Grace Darling. If your Grandma hasn’t told you the story already, Grace and her father rowed a fishing boat into the middle of a vicious storm and saved 13 sailors from the sinking boat they spotted from their lighthouse. As the news spread around the country she was made into an overnight celebrity, making her one of the first working-class women in history to receive a hero’s status. This however, prompted a rather bizarre reaction from the public. She was overwhelmed by fans everywhere she went, commemorative memorabilia was made of her including postcards, trinkets and even chocolate boxes. Possibly the most unusual request were letters from eager fans asking for locks of her hair.

All the overwhelming attention had a huge negative impact on Grace, who became a recluse, barely leaving her lighthouse for fear of being mobbed. Four years later Grace died from tuberculosis and the legend around her intensified, leading to many fictitious stories in the media such as her having intense and passionate love affairs when in reality she died without so much as being kissed. This tale of heroism and rumour sparked writers Ed Waugh and Trevor Wood’s interest in writing the play, as they wished to separate the fact from fiction and the national frenzy her story inspired.

With the play on tour, you would expect writer Ed Waugh to be busy, but he and his wife Jane took time out of their hectic schedule to answer questions about the practicalities of a career in theatrics and what actually goes into writing and producing a successful play. The first thing that came across was how passionate they were about the theatre and the realistic struggles that go hand in hand in being in one of the most competitive and underfunded industries. Waugh’s revelation came in his early 30s, when he decided to pack in a comfy but unfulfilling 9 to 5 job and venture into the turbulent world of theatre after meeting his long standing writing partner Trevor Wood. He joked: ‘I’ve been married to Jane for 30 years, and married to Trevor for 10’.

Despite being honest about the hardships that many people face entering the industry, Waugh would encourage anyone to follow their passion and taking a shot at their dream career. His refreshing take on the sometimes pompous world of theatre invokes a less pretentious tone. Waugh and Wood’s plays are aimed at the working classes. Waugh describes his strength in comedy writing as knowing his audience: ‘The people we want to see our play are hard-working people, who don’t have much time off and have high expectations of being entertained’. The duo’s previous work has included plays such as ‘Maggie’s End’, ‘Waiting for Gateaux’ and the incredibly successful ‘Dirty Dusting’ which centres around three pensioners who take up work at a phone sex line, all of these being a hit with audiences and selling out rapidly. Waugh’s mistrust of critical acclaim is evident, and his preferred method of advertising is word of mouth.

After plenty of questions about the practicalities of putting your inspiration on paper and just general life in the ‘biz’, the Woodplayers all left inspired and amused by Waugh and his wife’s anecdotes. With full minds, and full bellies, the night drew to a close.