If all the world’s a stage, then where do the audience sit? 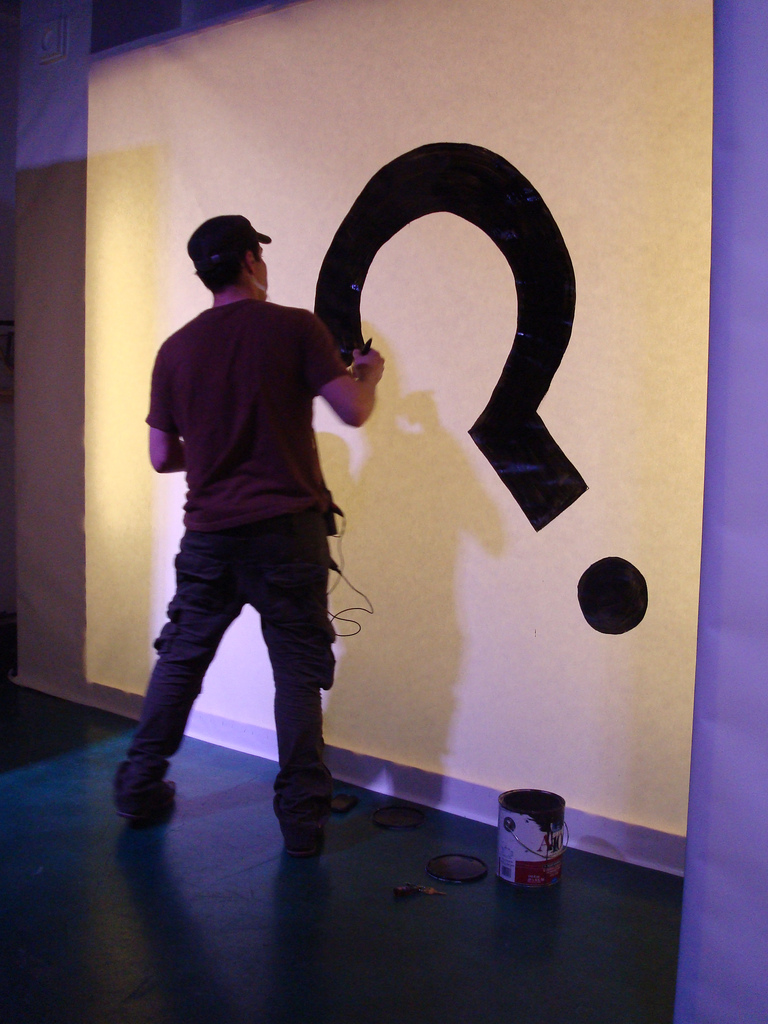 Want to be involved in creating Durham’s next theatrical masterpiece?

DST is a society of the students, by the students for the students… (there is an ever so slight possibility that this phrase has been stolen, and then completely butchered, from a famous American President, but I can’t be sure). DST itself oversees all the different theatre companies in Durham, of which there are over 30. This umbrella organisation has its own exec and runs The Assembly Rooms Theatre (a 219-seater venue located just opposite Hatfield College), which stages a production every week of term. To be honest, your top tip task to do on arrival in Durham is to get on that DST mailing list right from the word go. They then send out notices of all the auditions/productions/workshops on every week at every venue: if you want to get involved in a show, the DST mailing list is probably your first port of call to check out what auditions are when. So by all means, go to the knitting society stall, make some polite conversation and get some free brownies, but of all of the ridiculous clubs to sign up for and people to chat to at the DSU Freshers’ Fair, DST and its exec are probably a good idea…

So then within DST, most of the colleges have their own theatre society, and on top of that, there are University wide theatre companies in a variety of genres. For the opera lovers out there, there is Durham Opera Ensemble (aka DOE), as well as Durham University Light Opera Group (DULOG) who also specialise in Musical Theatre. There are companies who frequent the Edinburgh Fringe Festival year after year (such as First Person, Peculius Stage and the Durham Revue) and ones who take incredible tours to America (Castle Theatre Company). There are so many companies, constantly performing all over Durham, that it would be sadly impossible to mention them all – as well as making this article well over its word limit. So, piece of advice number two for a student wishing to venture into the DST scene is really pretty simple and can be contained into a mere two words. Try everything. For those of you who love to act, there are auditions almost every week for shows on at venues all over Durham. If you’re at a Hill College, apart from your own College Theatre Company, why not go to an audition for the appropriately named Hill College Theatre Company (HCTC)’s first term play? And for those at a Bailey College, never fear; for that was why Bailey Theatre Company (BTC) was invented. And yes, you may have noticed by now that you have got to be down with the acronyms to survive in DST…

Now the real excitement for freshers comes in the very first term with the DST Freshers’ Play from 18th to 20th November. A valuable piece of advice (number three is it?) is to just get involved with this in whatever capacity possible. The DST Exec interview for a Director and Producer in the first week of term, and then the rest is completely up to them! But no play relies on just two people. Depending on the play chosen, there might be a very large cast. They might require a very large crew to help out backstage. The costumes may need to be made/sourced and who knows, the Director might even decide that they want 8ft dance mirrors stuck to the back wall… So really it’s all hands on deck and it’s a play where a lot of people meet the friends that they know and love for the rest of their DST career. Of course, the Freshers’ Play is by no means the only way to get involved in your first year. Some crazy freshers almost did 20 shows last year in lots of different capacities. Valuable tip number four: if there’s a year to do absolutely everything, it really is your first year. The plays, the musicals, DDF; be an actor, director, stage crew; just have a go! Because once second and third years come around, sadly the degree actually counts and you tend to consider holding back a little… But then again, the DST addiction takes over, and that just won’t happen…

For those budding Directors/Producers and Tech Teams, the possibilities are endless. And much like Mastercard, the interview experience is priceless. Companies tend to advertise for their Production Teams a few months before the show in the DST weekly e-mails. With companies such as DULOG and DOE, a play will normally be chosen by the exec (although this is not always the case) and then the Production Team are interviewed for that specific play. So if you’re just not a fan of the glittering glare of the stage lights, it’s so easy to get involved in every single other theatrical capacity. Tech Notices for general backstage help for the productions are put out every week, and can also be found on the DST website. A fantastic workshop for everyone to go to right at the beginning of term is the “Assembly Rooms Tech Workshop” even for those who don’t specialise in tech – it really provides a very comprehensive knowledge of the backstage of the theatre, including how to operate the lights/sound systems as well as how to fly in curtains etc. Which comes in handy when you’re producing a show and the techie suddenly breaks their leg or something just as inconvenient…

Now apologies to the writers amongst you all, if you feel just a little ignored. But February holds great things in the way of transferring your thoughts from page to stage. And DDF 2011 is the place to be. Durham Drama Festival (DDF) is essentially a showcase for anyone and everyone who wants to write. The actors are left flat on their face if there’s no script in front of them, so this is the time for the writers to shine. There will be a notice published at some point this term to tell you the exact dates of the Festival and how to submit your plays. So keep your eyes peeled. And as if there weren’t enough chances for directors/producers and actors to shine already, DDF just adds to the fun.

And don’t imagine that the Assembly Rooms is our only venue by any means. Hild Bede’s Caedmon Hall; St John’s’ Leech Hall; Castle’s Great Hall and Trevelyan’s Sir James Knott Hall are just some of the College venues that stage fantastic shows. Last year, the amazing promenade piece 1072 was set in both Durham Castle and the Cathedral and Peculius Stage’s Brassed Off was set in the Botanic Gardens. And obviously there’s the Gala. The Gala Theatre (at the bottom of Claypath) typically stages one Durham University production per year: an incredible DULOG show in late January. Interviews/auditions usually take place in November and are an absolutely unmissable opportunity for any avid Musical Theatre fan (again all publicised by e-mail). Last year’s fantastic West Side Story was sold out, which, for a 700 seater venue, is pretty darn amazing.

Whilst this writer is obviously immensely reliable in all her views, it’s only fair to hear a little more from some other wonderful DSTers. Enjoy!

“No-one really has any idea of what they’re doing, however hard they try and convince you otherwise, so if you have an idea, don’t let anyone talk you out of it!”

“Remember that the whole process of auditioning is productive. Always take feedback from Directors as positive criticism and do keep auditioning. With productions on every week in Durham, there is sure to be a way for everyone to get involved.”

“Just get involved in everything. Try and do as much as possible – it’s very addictive.”

“If you don’t understand something, or you want to understand more about something – just ask! In my experience, everyone is very enthusiastic about what they’re doing and more than happy to explain it to someone new”

“Don’t regret not getting involved – in the end, the memories that count won’t be of the library…”

“Try everything – acting, directing, writing, working backstage: university is the best time for it, and DST is a blessing if you’re into theatre!”

“Don’t be shy, audition for everything.”

“Get involved no matter what the part – never try for a part, just aim to be in it!”

The frantic sprint to rehearsals. The endless publicity bar crawls. The gratuitous applause. The post-show blues.