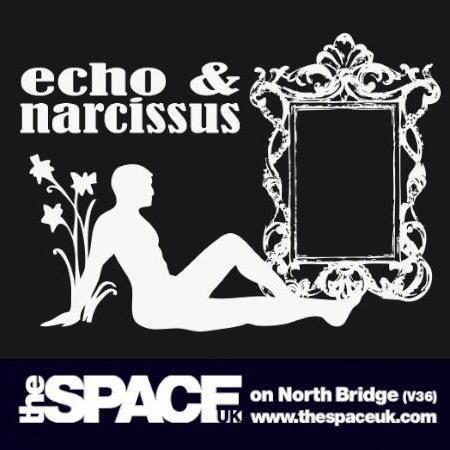 Every year, the Edinburgh Fringe plays host to a huge number of theatre companies, including performers from Durham. This year, the newly formed Rag and Bone Productions staged a reimagining of the ancient Greek myth of Echo and Narcissus. Sara Neal speaks to leading man Henry Morris about his Edinburgh experiences.

The Bubble: Which theatre group did you perform with at the Edinburgh Festival?

Henry Morris: The production company was a new arrival on the scene – Rag and Bone productions. Named, allegedly, after a ‘rag and bone man’ who apparently buys items from people and resells them to others; he makes old things new again which was what the plan was with Echo and Narcissus (directed by Immy Beech and Chris Blois-Brooke). Someone had to explain this to me as apparently I’m a bit of a Philistine.

TB: What is Echo and Narcissus about?

HM: My character, Narcissus, is a young man blessed with untold beauty, who spurns all amorous advances, be they from citizens, nymphs, or just about anyone who can appreciate the beauty of the perfect human form. Meanwhile, talkative forest nymph Echo is tasked by Zeus to distract his wife Hera with incredible stories while he has an affair. Hera finds out and curses Echo to be able to repeat only the ends of sentences spoken to her (hence her name, Echo). She runs into Narcissus in a forest, he rejects her fumbled echoes and she wastes away until she is nothing but a voice. Narcissus rejects one final advance of an older man by the name of Ameinus and mocks him for his futile attempts, daring him to kill himself. Ameinus does so, but curses Narcissus beforehand, resulting in Artemis bewitching Narcissus to fall in love with the next person he sees. As he is hunting in the woods, he stops to rest by a quiet pool in a grassy clearing and falls in love with his own reflection. At a loss, he plunges in to reach the young man but drowns. A small Narcissus flower is washed up on the shore afterwards, taking its name from him.

TB: How did the performance differ from traditional performances of the myth?

HM: Echo and Narcissus was unique in the respect that the script and production was tweaked and developed by the cast. We weren’t cast immediately but only after a series of workshops where our strengths and qualities were explored in terms of characterisation. Echo was played by two girls – Monika Kawai and Beth Johnson. This was a cool spin which the reviewers liked!

TB: Where did you perform?

HM: We performed from the 6th to the 18th August at TheSpace on North Bridge. We had a capacity of about 50. TheSpace is a group of around 6 venues and handily we got given performers’ cards that allowed us to go see all TheSpace shows for free! I think I must have seen about 10 shows free of charge. Some shows were better than others, but even if the show wasn’t superb you can’t complain for an hour’s free entertainment.

TB: Was Echo and Narcissus popular?

HM: I think we must have averaged an audience of 20 a night. On good nights there were 30 to 40 audience members! One night we had an ‘industry professional’ come and watch us as a general talent scout. We got two 4-star reviews as well!

TB: How is the Fringe different to the Durham theatre scene?

HM: The Fringe is much more intense than putting on a performance in Durham. Echo and Narcissus was a physical theatre piece. I’d never done anything like that before and as soon as the first rehearsal started it was clear it was different. I ended up covered in bruises! There’s not much physical theatre going on in Durham, so performing at the Fringe was a totally new experience.

TB: How was the overall experience?

HM: Absolutely stunning! Considering the Fringe goes on for an entire month, and we were only there for half of it, we may have had a different experience to some of the other Durham shows on offer – a bit shorter and more intense I would say.

We spent time advertising our play. We performed scenes from the play on the street stages or simply on the cobbles, doing a theatrical ‘viewpoints’ exercise where we would move in response to stimuli. I was told I was both our best and worst advertiser! On the one hand, I stood on a bollard and was able to project my voice to yell at people for a few hours each day which attracted a lot of attention. On the other, my verbal diarrhoea annoyed a few as I kept telling people I’d give them the numbers of our female cast members if they bought tickets!

We had the evenings off to watch other shows. We were performing at 5.40pm every day for 45 minutes. It seemed that many of the best shows were on in the evenings so we didn’t really miss out on anything. Originally the plan was to perform, watch shows and then enjoy the Edinburgh nightlife, but we were far too tired to try out the clubs!

TB: What was your favourite Edinburgh performance other than your own?

HM: One of my favourite things I saw was Rhys Darby’s ‘This way to the spaceship’, a scripted standup show by actor who played Murray Hewitt in Flight of the Conchords. It was very innocent comedy but brilliant!