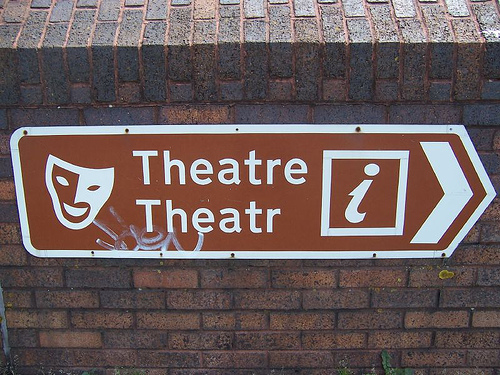 Arcadia at Hild Bede or Romeo and Juliet at Hatfield?

“When we have found all the meanings and lost all the mysteries, we will be alone, on an empty shore.”

This week Hild Bede Theatre will be once again bursting onto the Durham drama scene with a revival of Tom Stoppard’s undisputed masterpiece Arcadia. Immensely popular on its first production back in 1993, this sure-fire hit has lost none of its charm with age. Premiering on Thursday 25th November and running until the Saturday, this wonderful addition to the repertoire of Durham theatre takes place in Caedmon Hall at the College of St Hild and St Bede.

The play can be loosely allotted the label “comedy of ideas” and anyone who knows the play will not quickly be disputing this. However, Arcadia evades such a simplistic definition. Set in the English Stately home of Sidley Park, the play moves between 1809 and the present day and tells the apparently different but inevitably intertwined stories of the occupants of the house, past and present (which incidentally include the often-referenced but never seen Lord Byron). Various scientific theories are propounded, love and sexual affairs are conducted, the state of the garden is discussed, powerful undercurrents of feeling are repressed and expressed and even the characteristics of rice pudding are considered in surprising detail! Then on top of all of these themes we have heaped a glittering and delightful comedy. As our increasingly chilly Northern city moves ever swiftly into December, the effervescent wit and sunshine of Stoppard’s play provides just the kind of cheer and amusement we all need.

Director John Muething wants to make it clear that the play can be read on a huge number of different levels. “There’s obviously the Oscar Wilde-style farce on the surface, but there’s so much more on every level of the play. I read it for the first time in the summer and, studying physics, the physics metaphor immediately appealed; the idea of entropy, that the world goes to chaos, that there is order in that chaos, that history repeats itself… there’s just so much, it’s very cool.”

Having myself sat in on parts of the cast’s rehearsal, I can testify to that; there is A LOT going on in this play. A lot of themes, a lot of ideas, and a heck of a lot of words. But Muething is eager to make it very clear that one does not need to have a thorough understanding of Newton’s third law of thermodynamics, or algorithms, to understand or enjoy this play. The continual run of jokes, puns and witticisms help dilute the complexity of the theorems propounded. The play is “first and foremost, a comedy,” he explicitly states. “Even now after reading and watching it so many times I still find myself laughing… there is so much for the first time viewer; love, laughter, sex, tragedy, everything.” The cast, too, were liberal in their praise of the play, variously describing it as “intellectual but hilarious, one for all ages” as well as “surprisingly deep”. Arcadia, it seems, is a perfect introduction for all those Stoppard-virgins out there.

Being set in both the 19th and 20th centuries, the play makes clear that the same issues affecting us in history are the same affecting us now. Beneath the shimmering veneer of the play Stoppard was clearly getting to grips with some of the fundamental questions of what it means to be human. Awareness of death and the futility of life are two ideas always hovering near the surface of the play; the question of what one does if there is no meaning in anything. In Arcadia we see various characters’ attempts to make sense of this problem, through research, love or sleeping around. Muething wants to emphasise this vaguely nihilistic vision of the play in the scarcity of his staging. In this production, the only main pieces of staging are a central table and a large wall. “People thought I was crazy,” he laughs, “because it makes the actors look so small, but that is exactly what I want – the idea that they are all going to die someday and don’t really understand their place in the universe.”

Being so close to the first performance, the atmosphere in rehearsals is palpable in its nervous excitement. Despite the abundance of lines in this play, however, the cast have done a remarkable job in getting everything to such a professional level, which Muething puts down the incredible talents and efforts of his cast. And one can’t help noticing the spirit of camaraderie between everyone, rehearsals being described variously by members as “frankly bizarre sometimes, but always so much fun!”.

With such profusion of talent and support behind this play, we can only assume this is going to be a fantastic production. In one cast-member’s opinion, it will be “something to remember”. However you want to construe that elusive statement, I for one think this really will be something special to continue Hild Bede’s glowing theatrical reputation.

You would not have to look far to find someone who would happily quote, “O Romeo, Romeo! Wherefore art thou Romeo?”…

Romeo and Juliet’s ever appealing themes of love and tragedy, coupled with its beautiful speeches have continued to strike a chord in the hearts of countless romantics since its first showing in the 16th century. Today it has kept its prominence in our culture, as so many have been inspired to adapt and re-adapt the story to keep it alive in all forms of art.

This month, a new spin of this classic play will be making an appearance at a Hatfield Chapel near you, from the appropriately named Star-Crossed Theatre Company. And I’ve been assured you can expect an unexpected twist…

This time, the two families will be feuding Mafia-style over the Backdrop of 1970s Italy. So get ready to swap your duelling sword and breeches for Tommy guns and 70s suits!

India Furse, the president of the Star-Crossed Theatre Company, was happy to have more creative control over the setting of the story. “I didn’t want to look at many other adaptations of the play before we started rehearsals,” India says. “I knew it would make us feel that our portrayal was wrong and it would be too tempting to change what we were doing to something similar. It would have got rid of the freedom we have in interpreting such a well-known play.”

Despite a change in scenery, the Shakespearean speeches of the play remain mainly unchanged, so you will not miss out on hearing some of the best lines ever penned!

“It was hard at first getting to grips with the language,” remarked Lois, who will be playing Juliet, the envy of all girls who have fantasised about being called “fairer than the moon”. “But you understand it better, I’ve actually found it’s much easier to memorise; the poetry flows so naturally,” she adds.

Though the language will be familiar with those who have seen the play before, India says she wanted to avoid some of the traditional things that go with it; namely the over-dramatisation that often blurs the lines between tragedy and comedy. The play will be much faster-moving than your average Shakespeare, cutting down some excess flourish, and with no laborious scene changes.

The actors had a lot of free reign over their own roles. “I didn’t have a rigid idea for the characters, except that I was keen for Romeo to be more boyish and less soppy”, says India. “We just picked the actors from the auditions that we really liked, let them improvise their part and went from there. It’s best to go in with an open mind and let people surprise you.”

This must have been a particularly steep learning curve for the two title roles, both of whom are first-years. “It was such a surprise getting the part,” says Lois. “I’ve done a little bit of acting before but nothing major. I just thought I’d give it a go since I love the part and I ended up with it!” She adds, “It has been a challenge learning how the University Theatre works but it has left me really eager to do more! The atmosphere has been really supportive and helped me get into it. Other freshers definitely shouldn’t be put off from auditioning.”

After watching the rehearsal, I can say that the beautiful chapel makes for an intimate venue, and the space is used very ingeniously. Expect fighting to break out near the audience, actors to climb over pews and perhaps even a lovelorn speech from an alcove window. You can bet I will be there ready to see the new take on the classical tragic end!