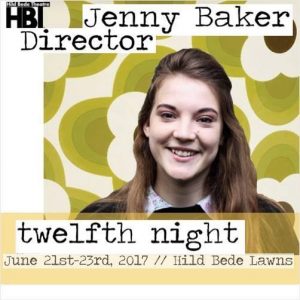 Twelfth Night is one of the world’s favourite Shakespearean comedies; the fact that it has been taken on by both the National Theatre and Shakespeare’s Globe this year alone is testimony to that. Its perennial popularity stems, I believe, from how much fun it is to watch, yet its integral interrogation of gender and sexuality, seen in the Globe’s all male production in 2012 and, more recently, the National Theatre’s ingenious casting of Tamsin Grieg as ‘Malvolia’, makes it perfect for an Elizbethan play in a twenty-first century setting.

As the director, my primary concern is clarity. The script has undergone continued collaborative editing to promote pace and accessibility; accompanied by original music, our wonderful musical director Rhys Rodrigues has composed, we’ve aimed to create a comfortable contemporary aesthetic. Hopefully, the host of memorable characters will reveal themselves as people with whom we are all familiar.

In this production, we have decided to work specifically to ensure the performance is fun. So often Shakespeare’s works are put on with a political or social statement in mind, yet the silliness of Twelfth Night is what truly draws in its audience. By focusing on its cohort of extraordinary characters, their quirks really bring out the play’s fast-paced fun that make it perfect for a summer Shakespeare.

We wish to integrate our audience into the production. By staging it the round, the audience are compelled to become a part of the action, so be prepared to come up close and personal with the cast! As an outdoor, summer production, we would like to encourage the audience to bring along picnics and drinks to enjoy the final few days of term!