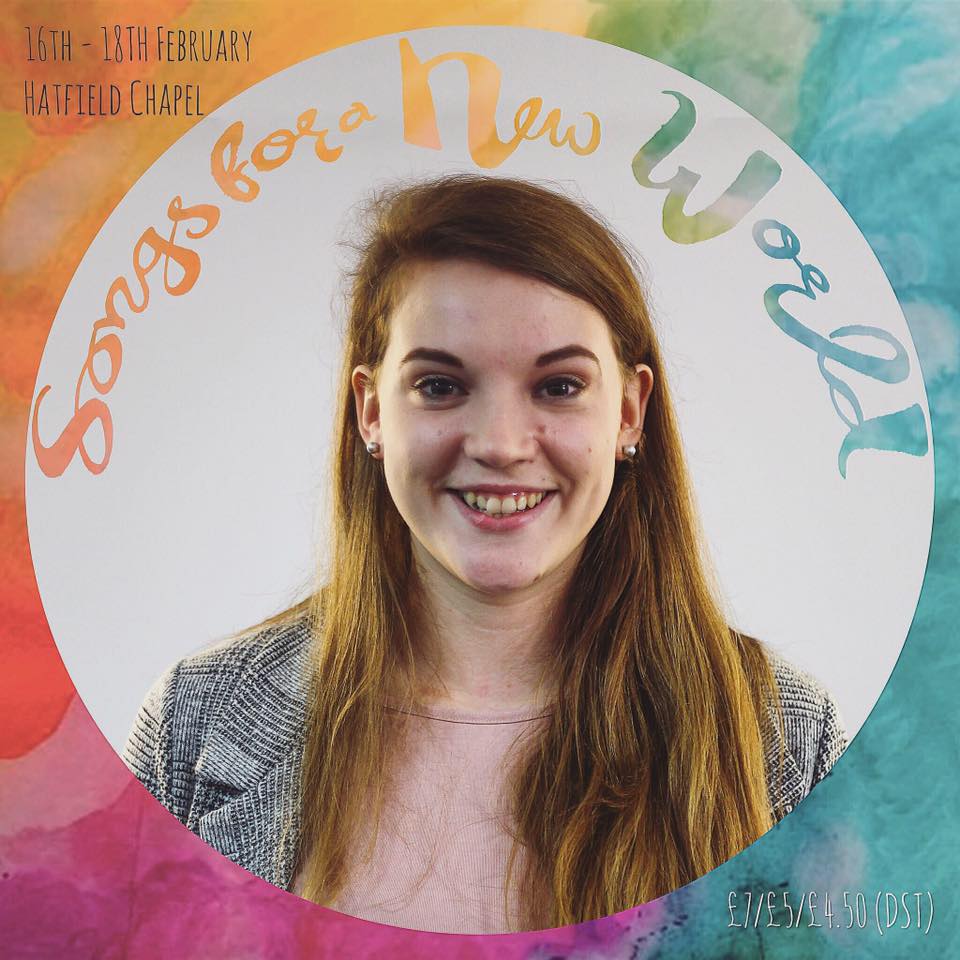 ‘Songs for a New World sits on a boundary within musical theatre’.

As a song cycle, Songs for a New World presents its own unique set of challenges in that there is no continuous storyline running all the way through. It is the characters themselves that remain the same throughout the show – although they may be situated in different times and places, they remain essentially the same, developing personally as they face the different challenges that life presents. Because of this cohesiveness, Songs for a New World sits on a boundary within musical theatre, neither a traditional musical, nor a concert. It was described in a 1998 review as “an abstract musical. There is no specific location other than the natural ambiguity of the human heart and mind.” However, each song places the characters in similar situations, turning points, taking them the into unchartered territories of life. One of the characters sings the line, ‘I don’t want to philosophise, I just want to tell a story’. And through the medium of song (and in this case, dance) Thats exactly what Songs for a New World does.

The singing cast of Becky Brookes, Lily Ratnavel, Meriel Killeen and Sam Baumal are the spine of these stories. It is through their acting and movement that these tales are brought to life. Obviously, this would not have been possible without the work of Issie Osborne, Musical Director and Rhys Rodrigues, Assistant Musical Director. The tight harmonies and complex rhythms create a complex and exciting sound, that can tell a story, even before Robert-Browns lyrics are added.

‘In this production, four of the songs are also dance numbers’.

However, we decided to add a little bit more. To our knowledge, Songs for a New World has never before been performed with a dance focus. In this production, four of the songs are also dance numbers, and we have cast five talented dancers to bring to life Robert-Brown’s compositions. From the jazzy ‘River Won’t Flow’ and ‘Steam Train’ to the lyrical ‘Stars and the Moon’ and ‘I’d Give it All for You’, dance adds another dimension to this iconic song cycle. As Choreographer Natasha Bradley put; “Each song centres around change, of choosing to act or fall back; ‘Steam Train’ has a particular potency for me as it’s about one last, desperate grasp at the life you want. Dance ignites the same fire in me that I feel when I listen to our singers – about taking control, standing up and doing. It perfectly complements this show. It is also my firm belief that dance is a language in itself: it portrays things beyond the spoken word in any language. So, as the singers beautifully tell each of the songs’ stories, the dancers will be in front, telling their own”.

The venue of Hatfield Chapel allowed for us to create a show, which is not just impressive, but immersive. The dancers perform in the aisle space, allowing the audience an intimate and mesmerising visual experience. Additionally, the singers do not just remain on the stage, but perform from all areas of the chapel. Working in this space was a challenge, but it has allowed us to stage this iconic work in a new and exciting way.

As what is arguably the first song cycle to take its place in the musical theatre canon, and written by one of the most influential composers of the last thirty years, Songs for a New World is a really fascinating show that we are lucky to be a part of. Come along to Hatfield Chapel this week to witness some truly talented performers sing and dance in a landmark musical!

‘Songs for a New World’ opens on Thursday 16th February in Hatfield Chapel.