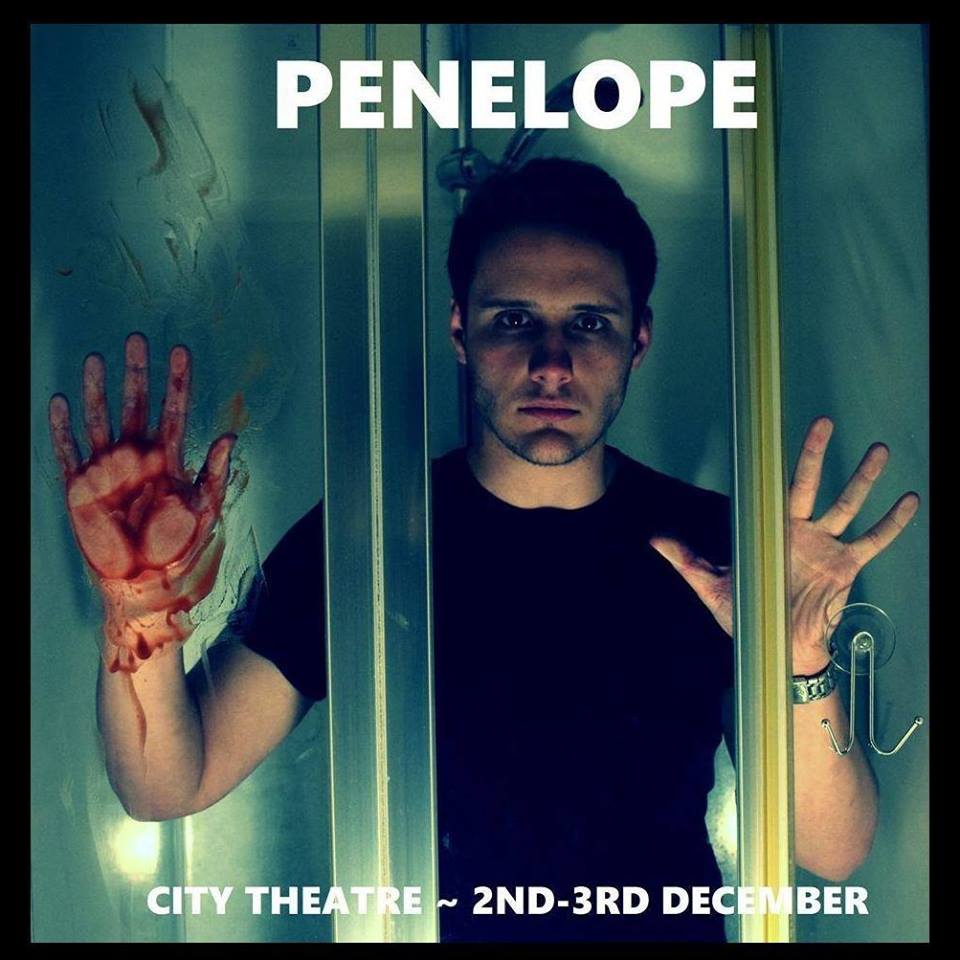 ‘Penelope will keep you at the edge of your seats throughout’.

Four actors, a unique setting, and an epic legend lurking beneath the text; Penelope by Enda Walsh is both surreal and naturalistic in many ways, which for most of our audience will hopefully be highly amusing, if not thoroughly intriguing. Whenever we are asked about our little project, we are often met with fascinated head tilts and the exclamation of “A drained swimming pool?!”. It’s exactly this reaction that we want our audience to initially feel as the performance begins, but then we want to draw them in to the world of Penelope’s suitors and feel with them real moments of terror as well as deep emotion.

It cannot be avoided: the concept of four men trapped in a drained swimming pool fighting for the love of a mysterious woman is a bizarre one. Enda Walsh’s mind obviously works on a level that many of us (including Luke and I) would struggle to understand, but it’s the kind of play that becomes incredibly entertaining and thought-provoking once you get past the initial weirdness. Ultimately for us, however, it’s not been the pool that has captured our imagination, but the history and dynamics between the characters and how they cope in a world that has stripped them of their identity and their dignity. Furthermore, for us this play has even less to do with its title character, Penelope herself. In previous productions, a real-life Penelope has been present on stage, watching the four suitors from an elevated level. However, we have chosen to project a shadowy reel of footage of an enigmatic girl on the back wall, shrouding Penelope in the mystery the script mounts upon her. Not only has this decision been made on the basis of the script (Penelope has no lines), but also from a personal bugbear that I have whenever a casting choice has to be made for a legendary beauty. For me at least, no one can match legends such as Helen of Troy and/or Penelope, especially when men are willing to kill and/or die for them. Therefore, our titular character shall hardly be seen at all. At any rate, the play is not about Penelope: it is about our understanding of human nature, and what we should expect to happen in a place where there is only one prize and no laws imposed on the competitors.

Further on from this, Luke would like to stress how beautiful a play Penelope really is. There are few pieces which will successfully wrench the audience from laughs to tears in moments, and yet despite having watched it over and over again, Enda Walsh’s play does just that. It is a wonderful blend of black comedy and outright drama, which allows it to be engaging in an active capacity, without losing its stakes, or in fact becoming too one-dimensional. Penelope will captivate its audience from the moment the curtains open, to the second that they shut, and the range of emotions felt in such a time bracket will be entirely refreshing to even the most seasoned of Durham Student Theatre-goers. This is ultimately something different, something special; whether it is the twisted violence of some moments, or the outright hilarity of others, Penelope will keep you at the edge of your seats throughout.