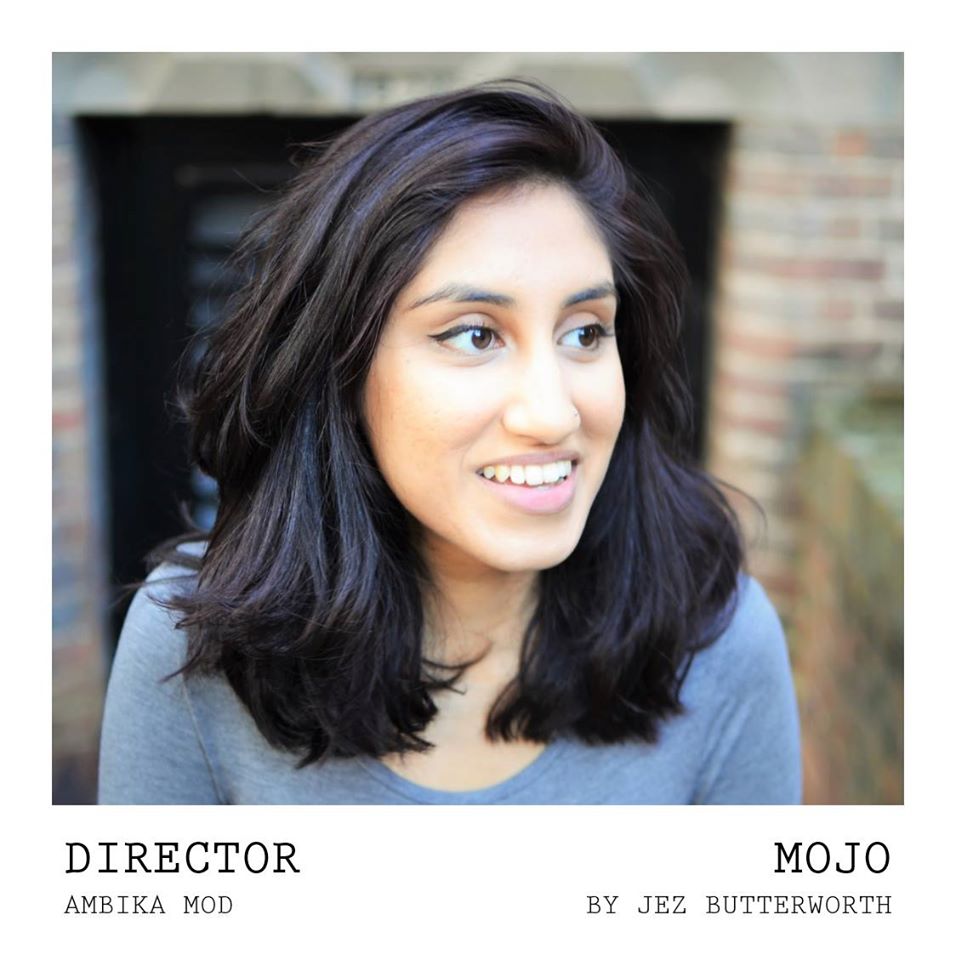 ‘Mojo does what theatre, in my opinion, should do, entertain.’

Believe it or not, I don’t enjoy watching theatre. I get bored very easily and find that it takes a lot for me to truly appreciate a show below the surface level of just watching it. Despite this, I was an avid theatre-goer in my teenage years. It wasn’t until Mojo came to the Harold Pinter Theatre in London that I found, for the first time, a play that captivated me for all of two and a half hours. It therefore seemed natural to choose Mojo for my directorial debut.

Mojo is a polarising play in that people either love it or have never heard of it and it’s this reception that makes it such a challenging play to put on. From the outset, it is full of vibrant intensity and emotive electricity that it may seem overwhelming to die-hard fans and first-time viewers alike. Most people complain that they had no idea what’s going on but the plot isn’t always the point of a play. The way I see it, in the case of Mojo, it is all about the characters. Thus, the need for a stellar cast at the heart of the production was paramount. One of the main reasons Mojo excited me when I first saw it was the relentless dynamism of the ensemble cast and it was this aspect that I was most looking forward to putting together. The characters all jump out as unique and distinguishable, yet the circumstances which tie them together are what provide the real action of the play. This play, with its all-male cast, is certainly testosterone-filled yet from the outset of the production, I was intent on gender blind casting. This was less to do with the play itself than it was an attempt to open up opportunities for actors in Durham and ensure that the right person played each role, regardless of their gender. Sophie Forster, who plays Mickey, brings something entirely new to the role and the ensemble dynamic that perhaps a male actor could not have done in her position. In this regard, each actor possesses an inherent quality which makes them perfectly suited to the complex roles they have been tasked with.

The period is also incredibly significant when it comes to establishing the era and atmosphere of the play. Therefore it was extremely important that the set and tech all remain true to the 1950s Soho nightclub in which the play is set. In this way, I strayed from being too inventive with the set as establishing the era was more of a priority. Lighting designer, Tyler Rainford, has especially done a wonderful job in creating the unique atmosphere that only a seedy 50s nightclub could possess.

Mojo is a modern classic that reinvents and re-examines the simplest forms of human interaction. It is quite simply a thrilling and absorbing spectacle, and does what theatre, in my opinion, should do, entertain.