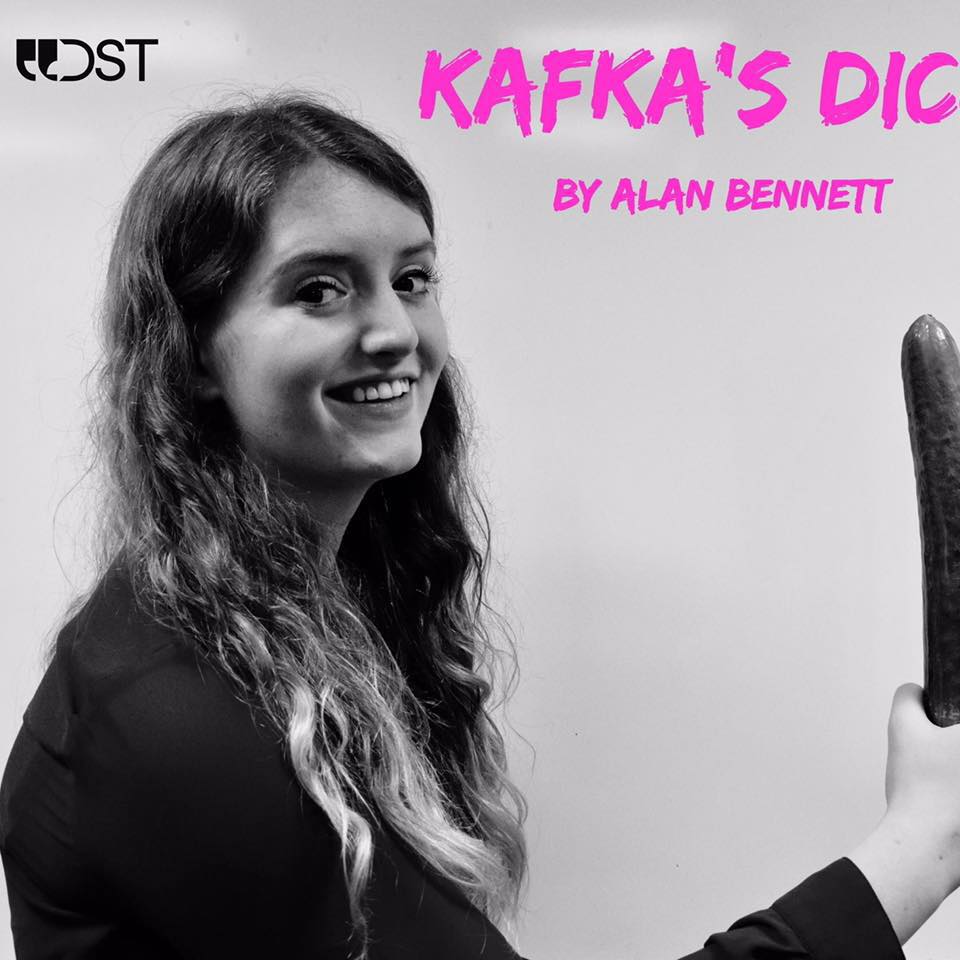 ‘It’s got the word dick in the title’

Kafka’s Dick may not be the first play that springs to mind when you think of Alan Bennett and yet it’s a play I think of as a widely under appreciated gem. One of the many things I love about the script is it’s accessibility; whether you’re interested in the characters, the history, the Literature or Bennett’s style of comedy, there’s something for everyone. Not to mention, it’s got the word Dick in the title.
The play largely takes place in the living room of Linda and Sydney, a painfully average, middle-aged couple who have long since run out of mutual interests and things to say to each other. Their only common ground is a desire to get rid of Sydney’s father, a fantastic addition to the script, providing constant hilarity and reminding us that we tend to ignore the older generations, whether or not they’re saying anything worthwhile. Bennett seamlessly combines this banal setting with absurdism when a famous author and his best friend, both long dead, turn up one Tuesday afternoon. He deals with the bizarre singularity of this situation with such ease and such a flare for entertainment that you will quickly forget how ridiculous it seems and settle into the play.
Perhaps the hardest aspect of this play from a directorial point of view is the dialogue. It’s incredibly wordy and fast paced with so many different themes and ideas to accommodate at any one time. The humour ranges from obvious to incredibly subtle and ambiguous; keeping the balance between the two has been a challenge. The script is packed full of witty, cultural and historical references which all have their own significance to be explored. Furthermore, there are often multiple conversations and agendas happening at once which are often combined with elements of physical comedy. Making sure all of these nuances are clear cut to an audience has been tricky but incredibly rewarding and I’m so excited for the end result.
While the play is primarily a comedy, there are some more serious undertones. One of the key themes explored by Bennett is the way fame is perceived and he portrays a harsh clash of perspectives that stem from no one truly knowing Kafka except Kafka himself. We are reminded that the thousands of words written about him does not mean the public know or understand him. Despite being written in 1986, this remains a very valuable lesson in a society where the media sensationalises people and events. More than ever, we’re seeing members of the public thinking they understand a situation based upon what they have read about it.
As a first-time director, this entire experience has been incredible for me. I have a fantastic cast who have each taken their characters and pushed them to the limit, finding new aspects of their personalities and different ways to be funny in every rehearsal. They have all exceeded my expectations and likewise, the crew have been wonderful and integral to the production. I hope everyone enjoys watching Kafka’s Dick as much as I’ve enjoyed doing it!