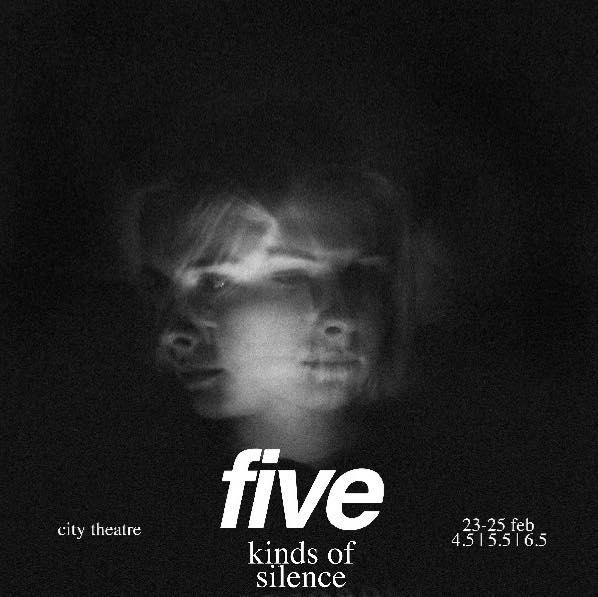 Despite originally being written for radio, Shelagh Stephenson’s ‘Five Kinds of Silence’ proves to be more poignant and memorable a play than most theatrical productions. When we both first read the play two years ago, we were greatly struck by its deeply unsettling nature in the understated manner in which issues such as emotional and physical abuse within a family gradually come to light. Due to the contrast between the outwards appearances of the family and the far darker reality of their situations, we thought it would be effective to use physical theatre so as to emphasize the emotions that so often go unsaid as Mary, Susan and Janet endure Billy’s abuse silently, and the world outside remains passive to their suffering. 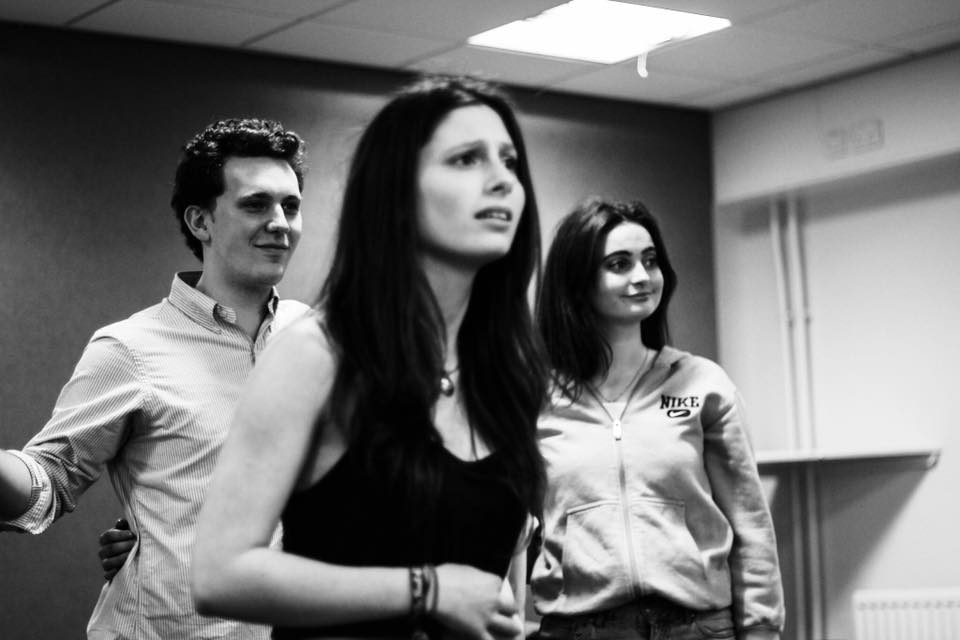 We were also compelled to stage the play due to its moments of unexpected, black comedy, a quality that also helps to distinguish it from other writing of this genre. So as to stay true to its predominantly understated roots, we chose to stage the play using only minimalistic set (a bed, symmetrically placed chairs shelving units and some superficially happy family photos), a decision that also ties in with Billy’s obsession with neatness, control and all things military. We chose to further highlight the extent of Billy’s control and the child-like nature of all the women in dressing the girls in colour coordinated, similar outfits. However, whilst visually organizing the group proved to be simple, creating a consistent, effective ensemble proved a little more challenging at times. So as to resolve this and to maintain the pace of the play, we chose to have all members of the cast onstage at all times. This worked with the idea of all characters constantly being present, watching, even if silently- indicating the tragic lack of intervention throughout the abuse. Through collaborating ideas between cast and crew, we created physicalised movements that gradually developed into routines to represent abuse, love, memory and the frequently changing power dynamic of the play.

The final piece is highly choreographed, intense and can guarantee some excellent acting from the likes of Olly Hill, Sarah Cameron, Elana Kaymer, Elle Morgan-Williams and George Ellis. For everyone, this is a play that has pushed us slightly out of our comfort zone, both in an introduction to physical theatre and in the nature of the subject matter, but this has been such an enjoyable, rewarding and (believe it or not!) fun experience, and hopefully this will be evident in the casts’ performances over the coming week.

‘Five Kinds of Silence is being performed from the 23rd-25th of February in Durham City Theatre.

Tickets can be bought below.