Director’s Note: After The End 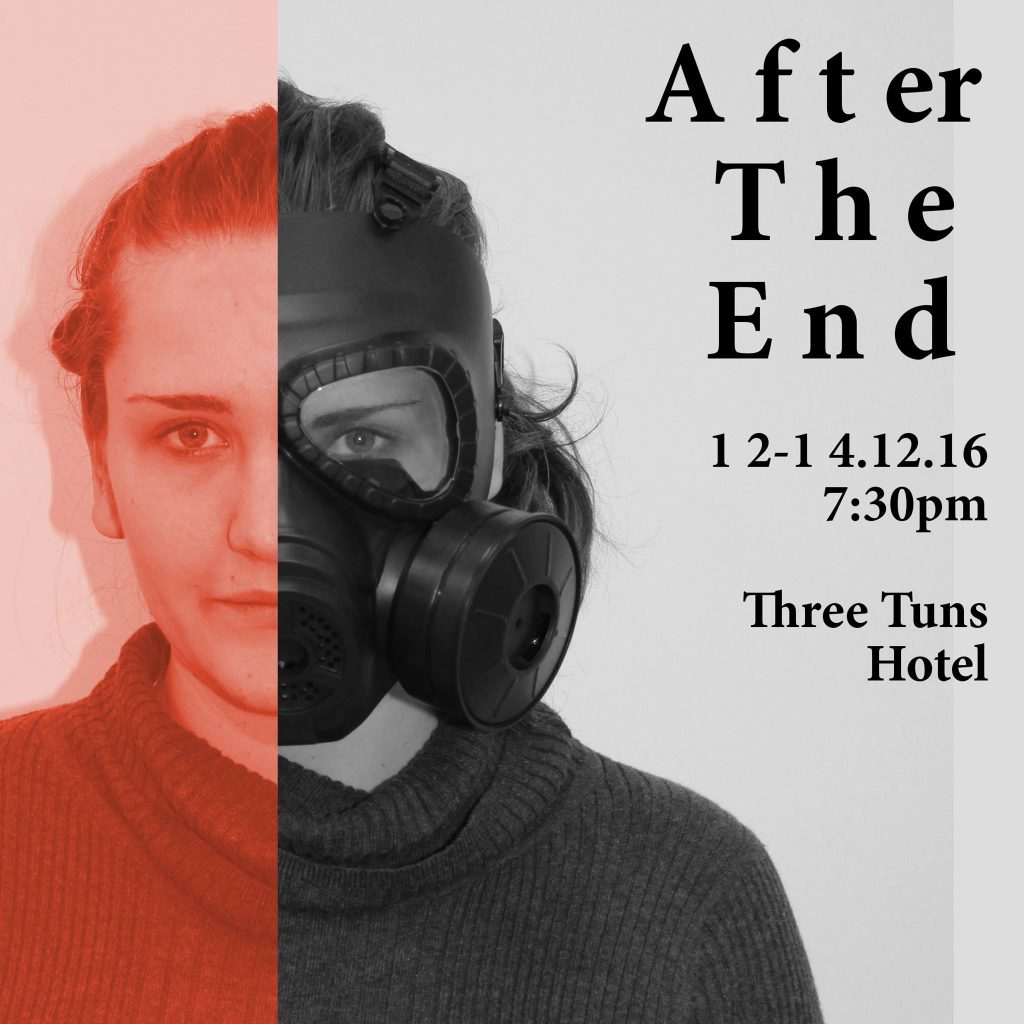 Donald Trumps election was just a mere joke when I thought about putting on a play about the end of the world. A lot has happened in the space of three months, but this play, written in 2005, is still scarily relevant and very much applicable to today. Power plays, coercion and gender politics all come into this fantastic script by Dennis Kelly.

The play is an intense two handed thriller. It makes us question our views of the world, other countries, people views and our own abilities; whether this be our ability to survive an attack, or our ability to get what we want.

But don’t think that it’s all doom and gloom! I have had a fantastic time with Zac (Mark), and Emma (Louise) and Natasha (A-D) bringing out the dark comedy of how two people would pass the time. Wanting to play Pictionary but instead a crappy game of I Spy; jokes about astronauts and vets; and if tuna with mayonnaise in a tin is perhaps the best culinary option after it’s been stored for a while.

The location of the Three Tuns Hotel was a pipedream that, after a lot of work and begging letters, has led to the creation of the most unique in-the-round, intimate and visual spectacular spaces I could think of. Something like this in Durham has never been seen before. It elevates the piece to a next level, and for this I would like to thank Benjamin Foster for his constant phones calls, and Morgan Douglas Estate Agents for making this possible.

We also has a lot of fun with publicity. Sorry if you ever felt unsettled by it all. But of course we are playing on the End of The World Theme. Why wouldn’t we?