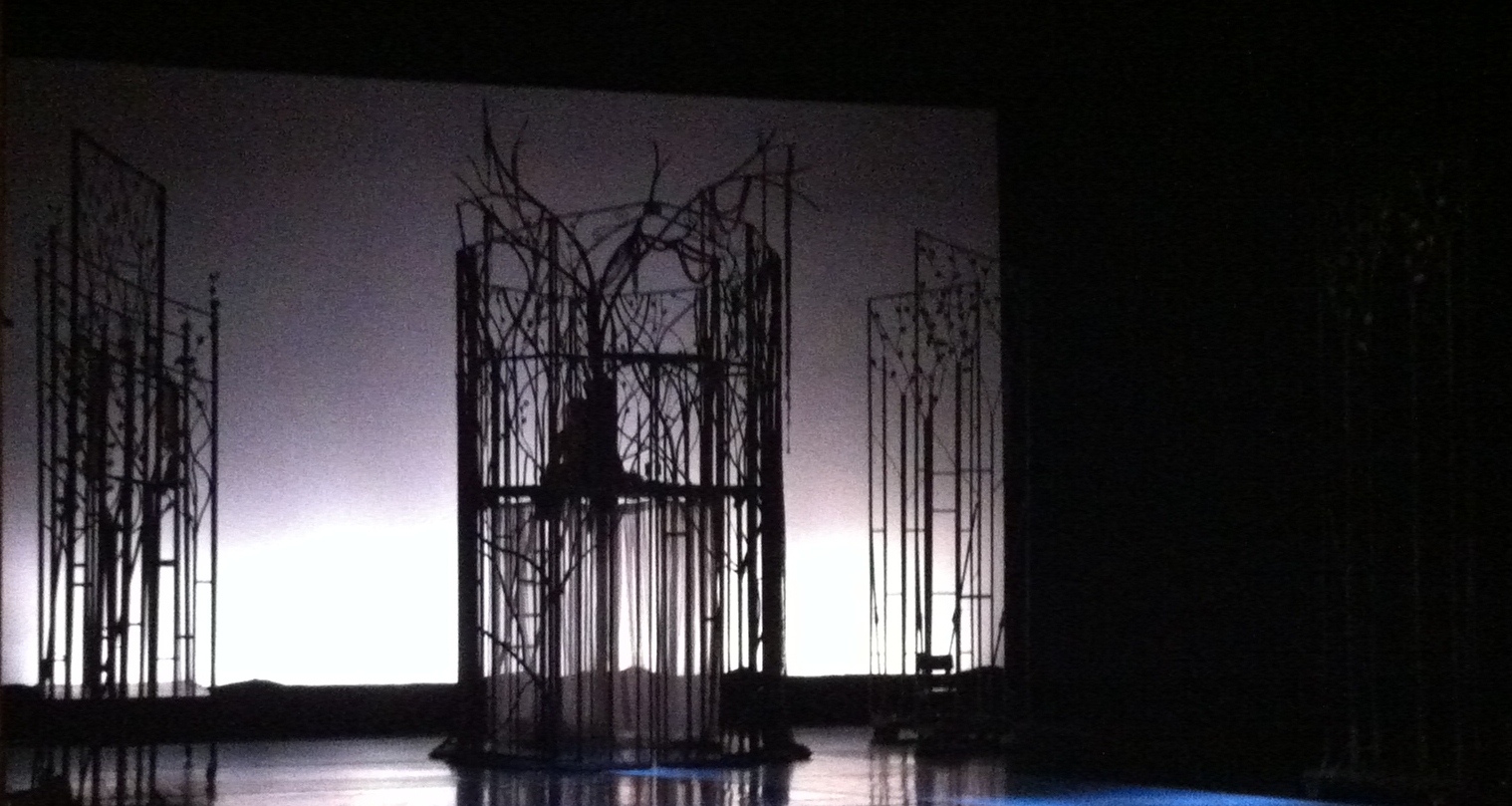 The haunting set of balletLORENT’s Rapunzel

This year’s Durham Book Festival brought together poets, dancers, actors and composers to create an exciting new production of the well-known fairy tale Rapunzel. With support from the likes of Sadler’s Wells, Northern Stage and New Writing North, balletLORENT’s interpretation of the classic tale at Durham’s Gala Theatre was bound to feature new and inspiring ideas, drawn together by Poet Laureate Carol Ann Duffy. Music was provided by Doctor Who composer Murray Gold.

The set of the production was beautiful, with tall, elegant structures resembling wrought iron fences on wheels set against a bright white backdrop. The spindly frames created an eerie atmosphere that ran throughout the whole performance. Despite its 7+ age tag, this take on Rapunzel was dark and harrowing, and perhaps more true to the Grimm brother’s original story than the Disney-fied versions we’re all used to.

The production merged ballet and contemporary to create a beautiful but often frantic image in line with the unusual interpretation of the tale. The ensemble featured a number of children in playful scenes featuring red balloons and may poles, a nice contrast from the very intense and emotional performances of the leading dancers.

Red was a recurring theme in the production, with Rapunzel’s hair not being the typical gold, but being fiery and red. This suited her character more – a vivacious young girl who’s pent up frustration at being kept in a tower causes her rebellion. The dancer encapsulated the grief and torment of a girl raised without human companionship, portraying an almost feral or animalistic Rapunzel, and also the softer side of the character, who bears two children and raises them tenderly in the forest whilst waiting for her prince to find her.

Rapunzel’s tower itself was fantastic. The moving iron frames were dragged together by the witch to create a cage structure in which Rapunzel was trapped and was able to swing from side to side. The iron frames worked as a sort of climbing frame, creating the feel of movement or struggle from one place to another, and facilitating a really intense scene in which Rapunzel’s mother pines at her window for rampion from the witch’s garden.

Carol Ann Duffy’s scenario script was performed by Lesley Sharp, of Clocking Off and Scott and Bailey fame, and was played as a voice over to the dance, in order to make the usually speechless world of ballet more accessible. This recording was perhaps a little over-dramatic, however in such a conceptual and unusual performance, the guidance of the voice over proved helpful.

Visually, the production was incredible. With striking simplicity of colour, set and props, the audience were allowed to focus on the action and the great depth of emotion portrayed by the dancers. The performance, ticked all the boxes – innovative, interesting, emotional and enjoyable – and was a really refreshing take on the story of Rapunzel that engaged adults and children alike.