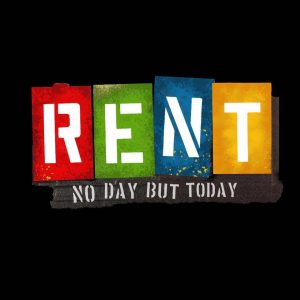 “…we wanted the show to reach out to the wider community.”

Rosie Dart discusses the social awareness she intends to raise beyond her production of ‘Rent’ and why it is important to be producing theatre like this in today’s society.

How have you made such an iconic Broadway show unique for your production?

I think that any production is made unique by its cast and the energy they bring to the show! Moreover, I have chosen to use movement and dance more, as Rent is typically not a dance-driven show. I have tried to use movement in a way to portray all sorts of themes and therefore there is a wide array of dance styles throughout the show, including contemporary/expressive, funk, angular and even tango! I also wanted to put my own take on iconic moments such as Seasons of Love and La Vie Boheme, and explore a way I could still capture the essence of these songs with new takes on the staging as opposed to the classic line for example, in Seasons of Love. For me, it was all about stripping away and allowing the actors to bring a lot of their own creativity into the show (especially in numbers such as La Vie Boheme).

Is there anything the audience should look out for particularly that they might miss otherwise?

I specifically chose to take down all of the legs (black drapes that create wings) in The Assembly Rooms in order to have the theatre on display in a raw and open manner, meaning wires, plug sockets and any miscellaneous, ‘backstage’ paraphernalia is revealed to the audience. I felt strongly about not hiding anything, as well as echoing the industrial performance space that these bohemian characters would have been living and working in – nothing polished or clean cut. As well as this, in many of the numbers the audience will notice characters by the walls at the sides of the stage, creating a sense of constant flow and immersion of people.

With the show tackling issues such as sexual health, drugs and homelessness, how have you raised awareness for these issues inside and outside of your production?

I wanted to my cast to be extremely aware and educated on the themes explored in the show. Each cast member watched the Jonathan Larson documentary on his life and the reality of living as an artist in the Lower East Side of New York, in a time where AIDS was destroying lives and ripping apart friendship groups, families and communities. Understanding this, I felt, was extremely important as it meant that I could have my cast portray everything off of fact and readings into true experiences as opposed to trying to replicate such heavy subject matter and experiences from imagination. In terms of tackling these issues outside of the production, we wanted the show to reach out to the wider community. Inspired by the real life stories of life, love, and death told through RENT, we are working to promote safe-sex and HIV/AIDS awareness in conjunction with the Terrence Higgins Trust – a trust at the forefront of the fight against HIV and improving the nation’s sexual health. As well as this we have also printed condoms to give out all over Durham to promote safe sex!

Do you think that it’s important that students are exposed to theatre dealing with issues such as these? Have you tailored any aspect of the production to make it specific to the student audience?

I think it’s really important that a variety of musicals are showcased at Durham in order to demonstrate that not all musicals consist of happy jazz hands, but can instead use song and movement to express more taboo and emotive subject matter. I have aimed to tailor moments of Rent that have previously been extremely explicit such as ‘Contact’, a number that I have chosen to express through dance, in order to show that Rent does not have to be overly sexualised or graphic in order for its darker moments to be effective.

Did you encounter any difficulties with the production that you overcame?

The biggest difficulty, I felt was focusing on keeping the piece genuine, stripped back and as raw as possible. Apart from when the script is purposely trying to be funny, I wanted to avoid gimmicks and cheesiness. My cast have done a fantastic job at understanding this, and their commitment to the show and their characters has assured me immensely.

If you could bring another Broadway show to DST, which one and why?

Absolutely Pippin or Fun Home; two of the most interesting, well-crafted and thought provoking shows I’ve seen and I think they would stand out as being extremely unique in the Durham musical theatre scene!

‘Rent’ is on at 19:30 from Wednesday 8th November to Saturday 11th November at the Assembly Rooms Theatre.