A Beginner’s Guide to Russian Ballet 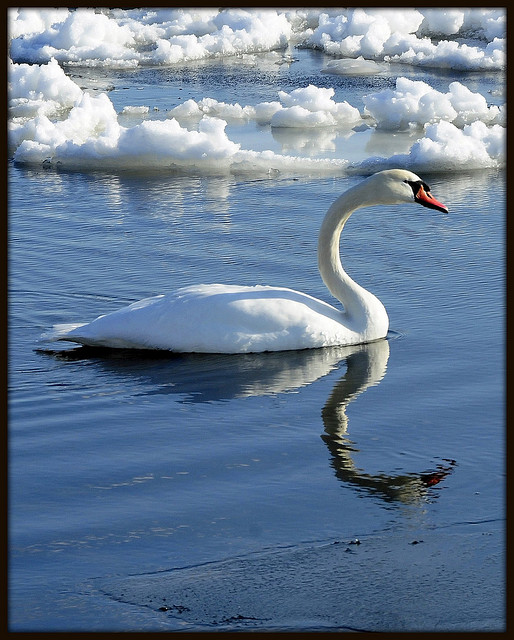 Seeing a ballet is something that probably features on most people’s bucket lists, if only because they feel that they ought to. I will freely admit that my recent foray into the world of ballet was more out of a sense of duty than anything else. I have just begun the first half of my Year Abroad as a student in St. Petersburg and one of the main experiences recommended to me by guidebooks, relatives, and friends alike, was to see a ballet performed at the Mariinsky Theatre. So, with little to no knowledge of the glittering world of ballet, I set out to do just that.

I went to see Swan Lake, a fitting choice as the history of this ballet is intrinsically linked to the Mariinsky. Although Tchaikovsky was commissioned to write it by Vladimir Begichev for the Russian Imperial Theatre in Moscow, its early performances in Moscow in the late 1870s were not well received, and the current ballet is said to bear little resemblance to its earlier form. This is partly due to the ballerina Anna Sobeshchanskaya, who was given the role of Odette in the fourth performance of Swan Lake. Unimpressed by the choreography of Julius Riesinger, she travelled to St. Petersburg to convince the Mariinsky’s choreographer, Marius Petipa, to create a new third act pas de deux for her. Interestingly, as Petipa fulfilled this request using music by Ludwig Minkus, Tchaikovsky was forced to write new music which replicated Minkus’ piece as closely as possible – this brings new meaning to the term “prima donna”!

However, it was not until 1895 (and not 1985, as my programme would like to inform me), two years after Tchaikovsky’s death, that Swan Lake was first performed at the Mariinsky. This followed extensive re-choreography by Marius Pepita and Lev Ivanov (although Ivanov was not given credit for his work for years due to a disagreement with Tsar Alexander III) and their version has survived to this day. Although there is little information as to the original form of the ballet, it is known that it was condensed from four acts into three – also cutting the performance time down to just over three hours, for which I am eternally grateful to them!

That is not to say that the performance was in any way a chore to watch. Stunning performances were given by all the ballerinas, particularly Anastasia Kolegova, who played both female protagonists (a standard feature of the ballet, as Odile is meant to be under a spell that makes her identical to Odette). She leapt and pirouetted across the stage with extraordinary grace, managing to hold complicated positions for what seemed like hours – an impressive feat, especially as certain members of the audience (naturally not including me…) could barely clap and stay in their seats at the same time. Surrounding her was a troupe of thirty-two swans, all somehow managing to perform the same move in perfect synchronisation, their white tutus seeming to glow in the dim lighting. Most deserving of note, in my opinion, was Grigory Popov in the role of the jester, not only for the comic value which he added to the performance but also for his impressive dancing ability.

Very little was done to enhance the ballerinas’ performances; simple yet beautiful fabric backdrops and a few props sufficed and allowed the dancers to make full use of the stage. The costumes were similarly basic in order to facilitate easy movement, with the exception of the Princess Dowager and her ladies in waiting. As they were not required to dance, only to move their arms in a way reminiscent of the White Queen from Tim Burton’s Alice in Wonderland, they were decked out in full length medieval gowns with intricate patterns. However, the lack of props made the few special effects, including mock lightning during the final battle and the screen which suddenly appears in the centre of the backdrop displaying a film of Odette dancing, all the more impressive.

Besides, in a setting such as the Mariinsky, who needs intricate props? Hundreds of chandeliers, a ceiling worthy of a palace, and green and gilt as far as the eye can see provide plenty to distract the viewer from the action on stage (which is just as well, given that we plumped for the cheapest seats in the house and could only see half of it!) Going to the ballet in Russia is a performance in itself – and casting a quick eye over the audience revealed girls in dresses suitable for weddings and men in elegant dress suits. Fur coats also abounded, although that perhaps says more about the temperature of Russia in October than anything else!

The one piece of advice that I would give to anyone wishing to see a ballet would be to find out the plot beforehand. Luckily, I had been given this advice myself, for I arrived at the theatre to discover that there were only Russian programmes available – the English translations having been sold to the early birds who arrived more than ten minutes before the performance was due to start! However, fortunately for anyone who had to struggle through the Russian synopsis, the plot of Swan Lake is fairly simple to follow. Prince Siegfried opens the first act by throwing a huge party, and ends it by wandering through the woods, where he catches sight of a beautiful swan transforming into the maiden Odette (just in the nick of time too, as he was about to shoot her!) He falls in love at first sight, and spends the second act fending off potential brides chosen for him by his mother but the evil magician Rothbart, who cast the spell which binds Odette, knows that devoted love can break it. Therefore he enchants his daughter Odile, making her identical to Odette, so that she can charm the prince and make him break his vow of eternal love and fidelity to Odette. Just as the prince is choosing Odile for his bride, he sees a vision of Odette dancing and realises that he has been tricked. In the final act, Siegfried fights and kills the evil magician, freeing Odette from the curse. Whether all of this is obvious from the dancing is another matter entirely!

If I were to make any complaint about the ballet (other than the position of our seats) it would be that the brilliant climax of the second act, as Prince Siegfried runs from the party on discovering that he has been unfaithful to his swan princess, makes the actual ending a little anti-climatic. However, I’m reliably informed that this has more to do with my ignorance on the subject of music, and that a little more knowledge of this subject would have made the final act infinitely more enjoyable. The soloists were superb, particularly Yuri Zagorodnyuk on the violin, and Vyacheslav Panasyuk on the cornet. These ideas have been shamelessly stolen from my theatre-going companion, as the closest I came to an intelligent thought on the music was “Oooh that was pretty!”. However, to any fellow philistines, I would say that a ballet at the Mariinsky is well-deserving of a place on the bucket list – it’s not just for the intellectuals!