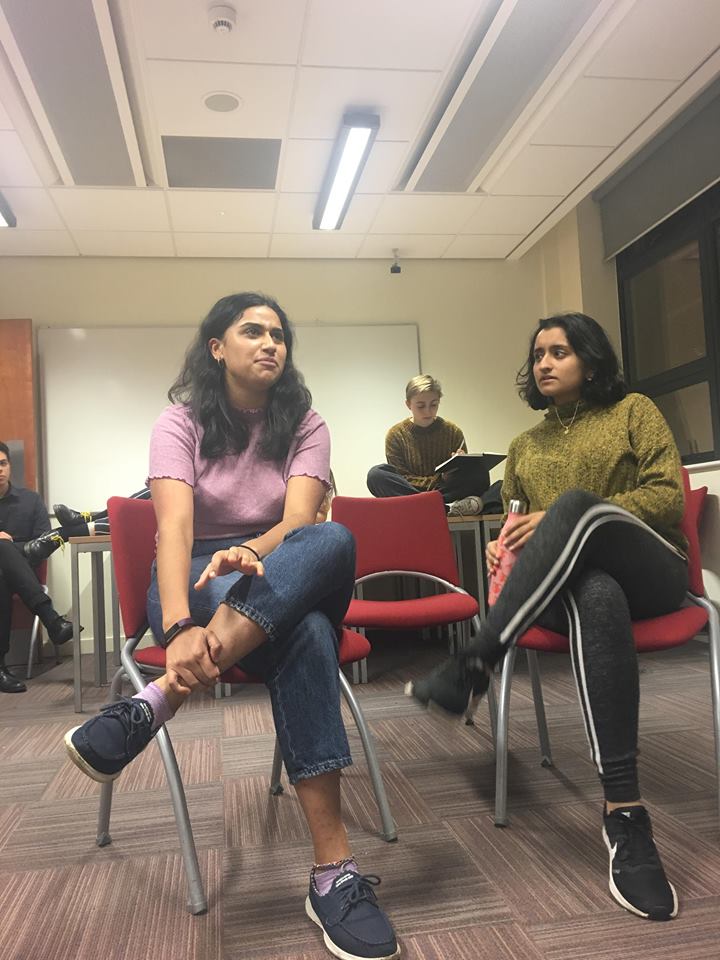 What is one part that you’ve always wanted to have, but that you’d never be cast as to play?

It’s not a very well kept secret that many of our iconic roles seem to be tied to certain actors. Many of us will have sat through Branagh playing one of his (many) Shakespeare parts during English lessons at school, and we can’t help but think of Julie Walters when we think about Willy Russell’s Educating Rita. Yet, when we remove those actors from those parts, and simply look at the words on the script, often it seems that the identity of the actor informed our interpretation of the character so much more than what the playwright has written.

If we take Branagh away from Hamlet, then what do we have? A dynamic, intelligent young man, driven to mania because of the pain of his father’s death? A neurotic over thinker rendered passive because he second guesses every single step he takes? Or, is he a sensitive and emotional soul, unsuited to the act of revenge because of his own sensibilities?

With Miscast, we wanted to look at how much identity informs the character portrayed, whilst also giving actors a chance to play parts that they’ve always coveted, but would never be cast as. A lot of this ties in with Sightline’s wish to increase diversity in theatre at Durham, and through Miscast, we wanted to allow actors to play around with characterisation outside of the traditional confines of masculinity, femininity or race. A lot of the casting wouldn’t be accurate in the context of the play, and traditional theatre purists might balk at the idea of some of the casting. It has been enlightening however, as well as a lot of fun, looking at these iconic monologues and duologues, and playing around with them to suit the actors’ own identities.

Choosing the monologues was particularly difficult, as I wanted to showcase a spectrum of different writers and periods. Nevertheless, I found myself being drawn to Shakespeare and Wilde, as I found their characters to be so interesting in terms of how they are depicted in the texts, and later interpreted by actors. I inevitably chose five Shakespeare pieces, including two from Hamlet (which I seem to be slightly obsessed with), and Katarina’s iconic monologue from The Taming of the Shrew. Whilst it initially seemed like an obvious choice, due to its evident outlining of gender and status, was also one of the hardest to interpret for the actor, John. On the advice of my assistant director, Layla, we also chose a monologue from The Book of Sir Thomas More, which has been made famous by Ian Mckellan, and features what many have interpreted as a pro-refugee message, which is startlingly relevant for today. The more we looked at the monologue in rehearsal, the more surprised we became as its message seemed fitting with today’s political climate, and seemed to suit Kimran, the actor, so well.

We tried to create a very collaborative rehearsal process, to make sure that actors weren’t just reading the words off the script. Rather, we encouraged them to actively think about why they were saying these words, and how their own personal identities came into conflict with the characters. We started with discussing aims and intentions of the pieces, and we looked at how this may change with this different casting. There were definitely times when we were totally stumped, and undoubtedly, certain pieces were much harder to reinterpret than others, but it was also really exciting to see how our interpretations evolved, and how some seemed to become dramatically different, whilst others haven’t strayed too much from traditional interpretations. As I have said a lot to the actors, we’ve thrown a lot of things up onto the ceiling, and just waited to see what stuck!

Nevertheless, this process has been so much fun, and I would love to say a massive thank you to the troupe, who have been fantastic, and also to Layla who has been invaluable and has brought so much to each of these pieces, she’s a star!