Director’s Note: Daisy Pulls It Off 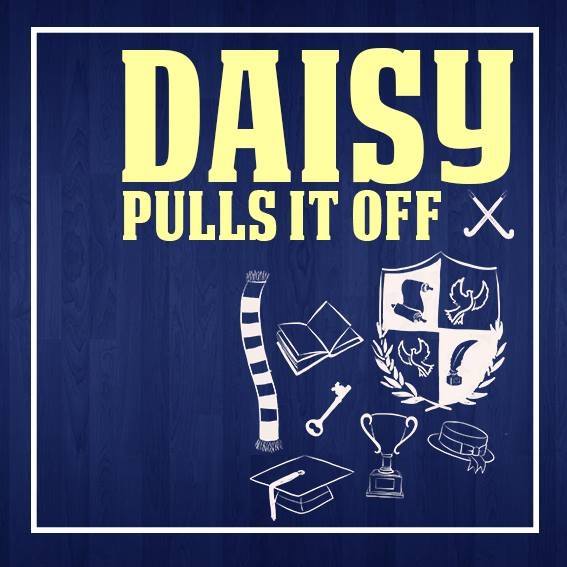 Daisy Pulls It Off is my directorial debut and tells the story of Daisy Meredith, the first ever scholarship student at the prestigious Grangewood Boarding School. Daisy faces many trials and tribulations in her first year at Grangewood, from snobbish school bullies, enigmatic Russian geography teachers and attempts to find the hidden treasure which will save the school.

It is an endearing and light-hearted mick take of the ‘boarding school’ trope I used to read throughout my childhood, and this is precisely what made me interested in directing the show. I loved the idea of ramping up the stereotypes found within these stories, throwing in some ‘jolly good’ English accents and creating an almost pantomime feel to the production. With a few bits of extra blocking devised in rehearsals, such as a fast-paced hockey scene and a moment with some apples, we’ve managed to play around with the show to hopefully add some more comedy and pace.

With only two weeks to rehearse a full-length show, it’s been a hectic process, but right from the beginning I made it clear I wanted this to be an enjoyable process for everyone involved. Particularly as it was some of the cast’s first time ever acting! So, rehearsals have consisted of a lot of laughing and a lot of eating of sweets (mostly by me) as well as a lot of hard-work. The show is being put on with an extremely minimalist set, props and staging which has caused a few problems, but we’re hoping it gets across the ‘school play’ feel to the show we’re trying to achieve.

The cast have been absolutely brilliant in rehearsals, throwing themselves into the comedy fully and not being afraid to make a fool out of themselves on stage. They’ve also done extremely well to learn so many lines in such a short amount of time. I’ve been very lucky to have had such an amazing cast to work with, who are always ready to handle anything I throw at them.

Of course, I have to thank my amazing Assistant Director Courtney Power for coming up with so many brilliant staging ideas, being there for rehearsals when I couldn’t be and having impeccable organisation skills. I also must thank Georgia Onslow my absolutely fantastic Producer who we wouldn’t have had a show without and also her Assistant Producer Tommaso Columbo for being an extra helping hand when we really needed it. Overall, I hope the audience goes away having enjoyed the show just as much as we have had creating it. Scooteron-nous!