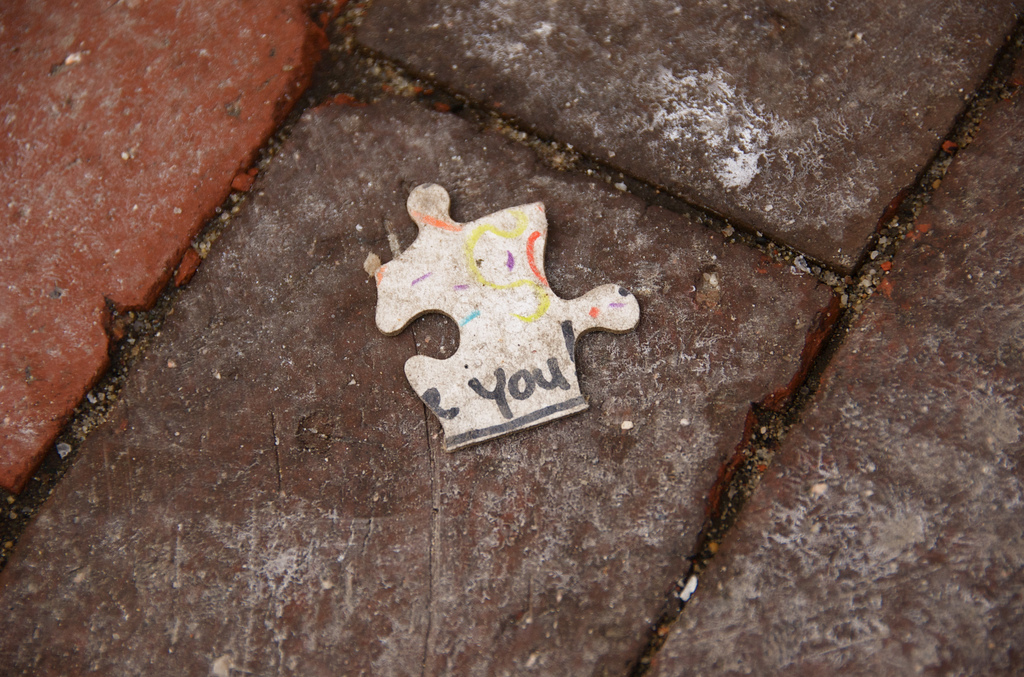 The final piece of the puzzle.

The time has come. Five weeks of building it up, and Victor’s story is finally going to draw to a close. Thank you to all of our contributors for keeping this game of fictional Consequences unpredictable and titillating through the weeks. Read on for the FULL story.

Standing now, he felt her weight. He looked at the crowds, increasingly blurry. There was a faint ringing in his ears, a dizziness. One step. Two steps. On the third, he collapsed.

“Now, I been working homicide for perhaps ten years, I was a beat man for fifteen years before that, but I gotta tell you, it ain’t never easy looking at a body. You see hard-bitten cops in the movies, think that’s glamorous, think that’s fun? Well I’m tellin’ you that it’s not. It’s fucken awful.

So now I’ve gotta go down to the cells and see if the voyeuristic freak we’ve got on record for peeking into women’s changing rooms who happens to be the only good witness can do any good. Gotta see if he’s come round from that strange fainting spell, and explain to him that just grabbing a woman who’s had a heavy object fall on her and dragging her away might look a little odd.

Victor opened his eyes, head pounding, and sat up from the hard floor.

He winced as he looked around him. The light was bright and it took his eyes a few seconds to start seeing properly. The woman was gone. The voice was gone. But a small empty room had appeared and there was an old man sitting primly on a stool in the corner.

“Where am I?” muttered Victor.

“Somewhere safe, sir” said the old man. He wore a morning suit and the voice coming out of his puckered old mouth matched it. “I think Madam will see you now if you’d like to follow me.”

He helped Victor to get up, linked arms with him and led him out of the room. As they passed silently through rooms filled with paintings and statues of musical instruments, Victor could only think of the woman under the piano. Had he dropped her when he fell? Was she alright? Would he ever see her again?

They had reached a set of wooden double doors. “Before you enter, sir, I must urge you not to speak as you did in that little room. No more of the piccolo voyeur. This whole affair has made Madam rather fragile, and if you were to mention such things too vigorously…”

Without finishing his sentence, he opened the door.

Victor entered the perfectly circular room, mouth slightly aghast. Bright light was flooding into the room from some unknown source and the room was something incredible in its own right; pure white and completely bare save for two wooden doors, with a wizened woman sitting cross-legged in the centre, smiling serenely.

“Hello, please be seated. You are ready now.” Bemused, he sat. Ready for what?

“What’s going on?” Victor queried aloud, “And where are we?” The woman tilted her head back, gazing around the room.

“We are wherever you want to be. This is, after all, your leaving party.” Victor furrowed his brow in confusion.

“Others call this place purgatory, the silence, the in-between.” He laughed a little nervously then;

“But, purgatory’s for the dead,” he hesitantly replied. The woman smiled gently.

“Do you still not understand, Victoria? The piano fell on your head. This is the end, if you want it to be…” Victoria?!

“What… No! I’m Victor, I saw a piano fall on a woman’s head and then I was in the cells and…” She silenced him with an amused look.

“You’re in denial, Victoria. You died, you waited, and now you are ready to make a choice; to choose a door.” He looked at the door behind him.

“That takes you back to the square, in utter agony, where you’ve been crushed by a piano,” the wise woman said. He turned to look at the door ahead. “That takes you on.” Her voice was gentle, like anaesthetic. Victor knew what “on” meant: away from the fragile and tragic and magnificent rollercoaster of human life, human evil, human brilliance.

The decision was easy. He chose his door.