We witness a change of pace in our Writer’s Block story this week. But the mystery is far from solved. Help us put together the greatest fictional jigsaw that ever existed by sending the next 200 words to creative@thebubble.org.uk by Thursday 1st December, before 12pm, and we’ll choose the most interesting one to post.

Standing now, he felt her weight. He looked at the crowds, increasingly blurry. There was a faint ringing in his ears, a dizziness. One step. Two steps. On the third, he collapsed… 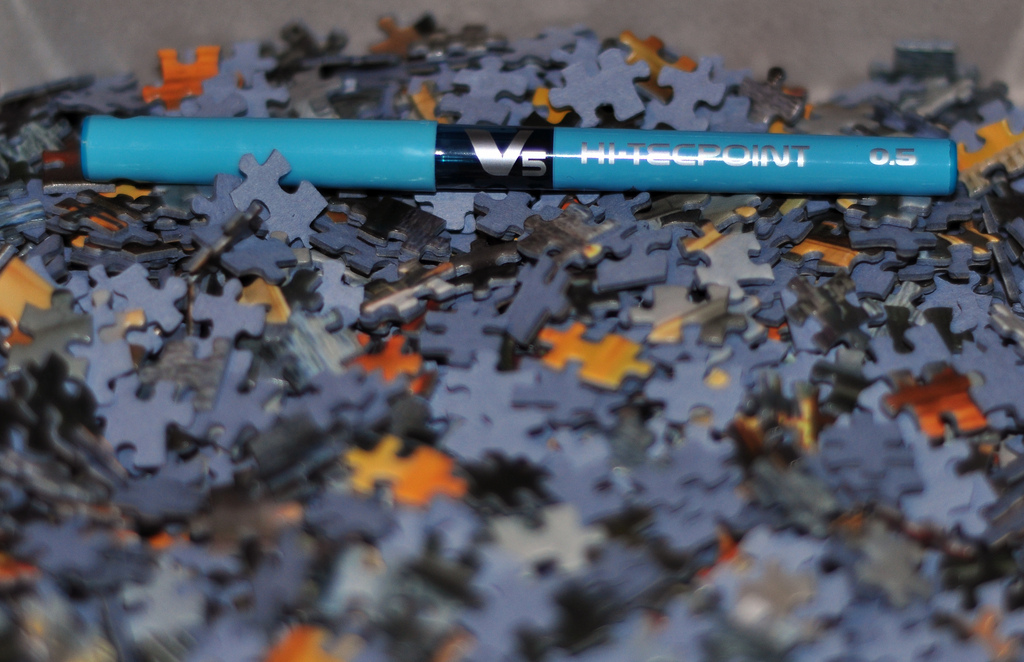 …”Now, I been working homicide for perhaps ten years, I was a beat man for fifteen years before that, but I gotta tell you, it ain’t never easy looking at a body. You see hard-bitten cops in the movies, think that’s glamorous, think that’s fun? Well I’m tellin’ you that it’s not. It’s fucken awful.

So now I’ve gotta go down to the cells and see if the voyeuristic freak we’ve got on record for peeking into women’s changing rooms who happens to be the only good witness can do any good. Gotta see if he’s come round from that strange fainting spell, and explain to him that just grabbing a woman whose had a heavy object fall on her and dragging her away might look a little odd.

Victor opened his eyes, head pounding, and sat up from the hard floor…