Whooping into the Emptiness – Lessons from Vietnam, Part II

George Billinge in Creative on 9 November, 2017.

As part of his remarkable journey around Vietnam, George Billinge recounts his intrepid adventure with friends, locals, and a motorbike named Diana. This is part two of two. 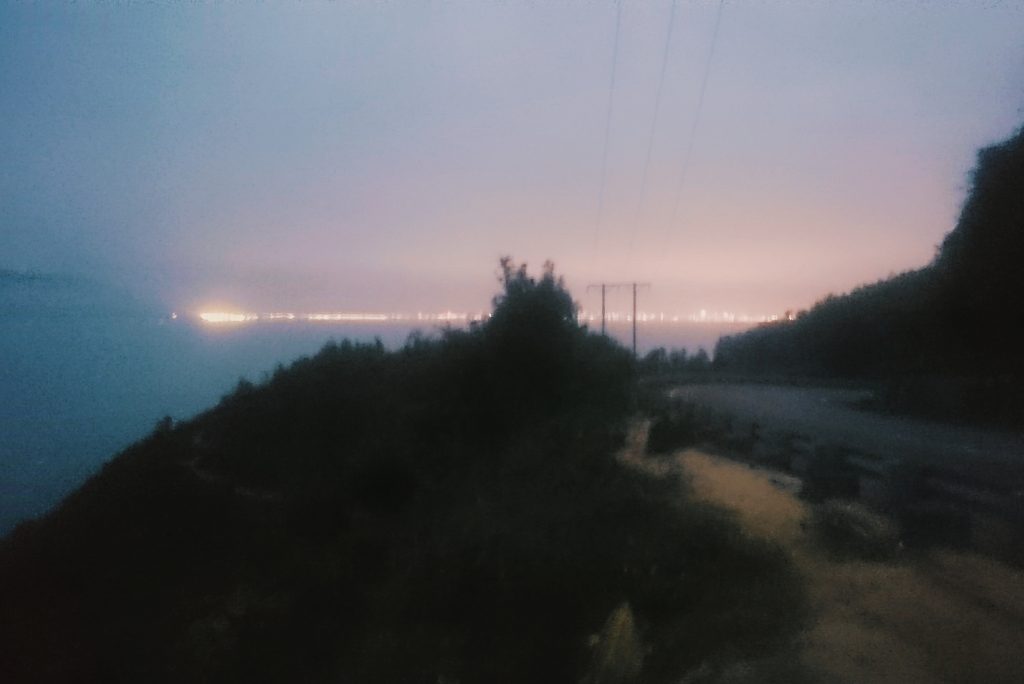 If you pay only $200 for a motorbike, patience is a virtue you cannot afford to lack.

With hundred of kilometres behind us, we had finally reached the true south of the country. The air hung heavy and hot, and my bike Diana began to struggle as the distance took its toll. Minor breakdowns became fairly regular occurrences, and the threat of major engine failure was ever present.

I should have driven gently. But when your budget biker gang comes across an abandoned airstrip, drag races are inevitable.

And so, when we came to Hai Van pass, where the road snakes around mountains that fall into the sea, Diana didn’t make it up the first hill.

A local man with crates of live chickens stacked up on the back of his bike stopped to help. After an hour of attempting a quick fix, he tied a thin rope from his bike to my handlebars, and towed me through heavy mist up to the top of the mountain. I free wheeled halfway down the other side, where a mechanic came to meet me.

6 hours later, I was in the exact same place. The others had gone ahead to the town where we were staying the night. A lady had brought me noodles on her scooter, and I gave away the last of my Thai Baht to the young child of the mechanic. Some friends I’d met on the road a few days earlier happened to pass by, and stopped to chat.

The sun set over the sea, and Da Nang city lit up the horizon.

If you decide to ride a motorbike down the length of Vietnam, make sure you don’t buy a good one. You might reach your destination too quickly. 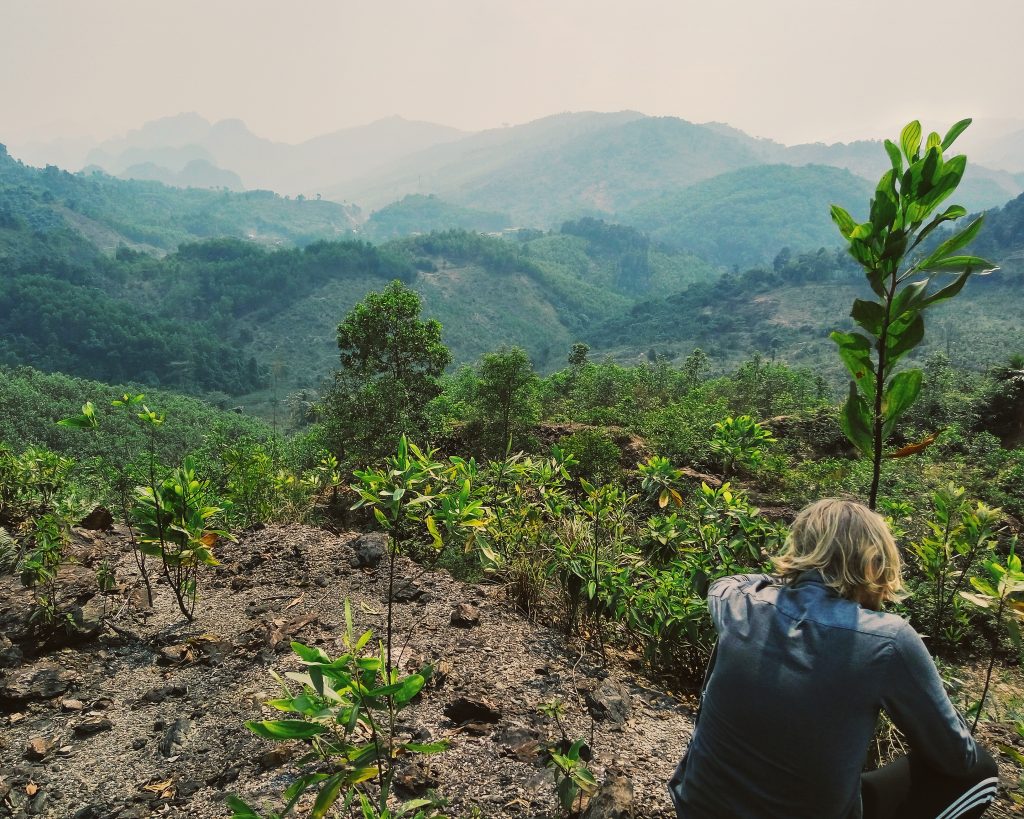 Unexploded bombs and landmines litter the jungles of Vietnam. Any guidebook will tell you this.

We stopped to take in the view in the middle of the country, where the landscape is still marked by the war.

Countless bombs were dropped on these mountains. Perhaps people were killed in the frame of this photo, fighting for a cause they didn’t fully understand.

The vegetation was now reclaiming the hillsides. We didn’t stray far from the side of the road. 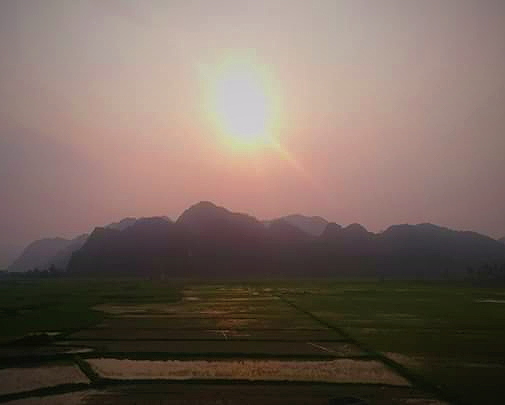 In his book Zen and the art of Motorcycle Maintenance: An Inquiry Into Values, Robert M Pirsig wrote that “The test of the machine is the satisfaction it gives you. There isn’t any other test. If the machine produces tranquility, it’s right. If it disturbs you it’s wrong until either the machine or your mind is changed.”

As I reached the end of my journey through Vietnam, Diana began to fall apart. I felt her throttle become less responsive, her clutch begin to catch. Black smoke began to pour from her exhaust.

When I finally arrived in Ho Chi Minh, the taillight detached from the bike, and I had to strap it down with bungee cables. To add to the stress, I had lost my passport somewhere along the final leg of my journey.

I sold Diana to a local mechanic for $100. His refusal to budge on the price, despite the amount of money I had spent on her, stressed me out almost to the point of anger.

Despite my frustration, I didn’t want to view the legacy of Diana as a drain on my wallet. And so, I changed my mind. This road trip was never going to be completely cost effective. The corners of the world I had visited that no bus can take you to, the people I had met whose existence I would otherwise be ignorant of – these are things that have no monetary value.

My stress subsided a little. I took one last look at Diana, smiled at the mechanic as I shook his hand, and walked away.

George Billinge is a second year Classics student at Durham University. He is also a veteran hitchhiker, writing to restore his faith in humanity. Read more of his incredible journey on Instagram @ differentcars_georgebillinge