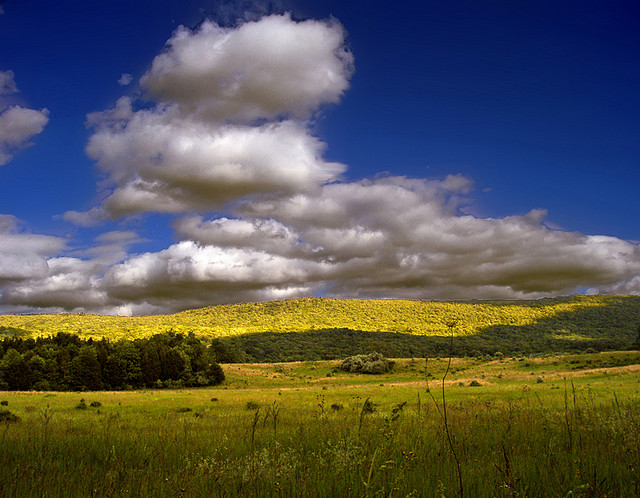 ‘The clouds, like wisps of cotton, float through the days, ignoring time…’

The waxing and the waning of the Moon, the rising and setting of the Sun,
The hills roll on for what seems like eternity, tumbling and tripping over each other in a haste to get to the horizon.
The clouds, like wisps of cotton, float through the days, ignoring time, as time closes his eyes to them.

Birds fly south, as the days grow shorter and colder, flying over dale and tor.
Swooping and soaring, they glide on the wind, like puppets on strings.
The four winds whistle through the trees and undergrowth, grasping leaves like a greedy child, swirling them away then dropping them heartlessly onto the unmoving ground.

Icy fingers reach to the land, while the ground lies under its blanket of white.
Flowers cry for the spring; when the brooks will flow again and they will greet the sun once more.
A gardener, ceasing employment for the year, abandons his tools on the ground and settles to sleep for the season of snowfall and frost.

At last the snow melts away, leaving the earth weary and bitter as it waits for the weak sun to revive it.
The lakes and streams thaw, gurgling and murmuring their secrets, captured at the beginning of winter, unlocked by the innocence of the sun, reborn.