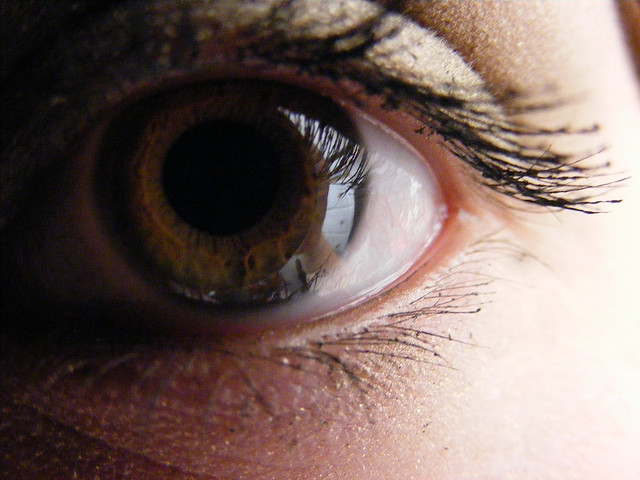 “Everything was blank. Fear stole through my veins like poison.”

I woke up in a school playing field covered in mud and with a pounding headache. The cloudy sky was bright, but, as my eyes slowly adjusted to the glare, I began to take in my surroundings. Stood in a tight circle around me was a ring of unfamiliar teenage faces. They were all wearing the same uniform, a sports kit of some kind: light blue t-shirts with a red crest on the left, black shorts. I didn’t recognise the school uniform.

I tried to sit up but the pain in my head seared and I collapsed back down into the mud with a gasp. Putting my hand to my forehead, I felt a lump forming there. What had happened? And who were these strange children standing around me? The closest one, a boy of about 15, leaned in with a look of confusion and concern on his face.

His voice stirred something in my memory, just below the surface. It was a strange feeling, like déjà vu. Had I met this boy before? But as I tried to place his voice, the crowd parted and a woman bustled noisily through, and the memory slipped from my grasp.

“Now then, what have we got here?” she said. Her voice was commanding and the crowd turned to look at her. She was obviously their teacher. She put her hand on my forehead, felt the lump, and quickly pulled her hand away, looking alarmed.

“What happened?” I finally managed to say.

“You got hit in the head by a football,” said a blonde girl to my right.

I screwed up my eyes, shook my head. “No, I mean, how did I get here? What am I doing here? I don’t go to your school; I don’t recognise your uniform.”

I opened my eyes to see everyone exchanging scared glances. They were looking at me with an odd expression, then looking at their teacher as if unsure of what to do.

“Everyone go inside and get changed. This lesson is over,” the teacher said sharply.

The class trudged inside, trailing mud.

“What were you doing before you got hit by the football? What’s the last thing you remember?” asked the teacher gently.

I cast my mind back to the past and found – nothing. Terror rose through my chest as I realised that I couldn’t remember anything before waking up in this strange, muddy field. Where there should be memories, there was nothing. Everything was blank. Fear stole through my veins like poison.

I sat up quickly, desperately, and looked down at my clothes: light blue t-shirt, red crest, black shorts. The pain in my head burned white. I passed out.

I woke up on the operating table. The cold steel bed bit at my skin. It hurt. Pain; that meant I was alive then. That was good. I realised that the surgeon’s hot breath was warm on my cheek and my eyes slowly focussed on his face. He had a fairly handsome face; clean shaven and relatively young, not what you’d expect an evil scientist to look like.

‘An evil scientist?’ I mentally scoffed to myself. ‘Did I really just think something so cliché?’

I tried to laugh but the tube down my throat inhibited me. I tried to move my arms to touch the tube. My arms stayed still. I stopped laughing.

“Day 274. The subject awakens after another night of deep brain stimulation. Did you experience anything, subject?” The scientist’s voice was cold and clipped.

I didn’t respond. My heart was fluttering in panic as I tried with all my might to move my arms, my legs, any miniscule part of me. But it was no use. All that moved was the blood pushing insistently through my veins and the terror exploding in my chest. I could not move. My eyes inched to look down and it was a little victory. Until I saw my wasted muscles, my paper-pale skin. My body was just a shell, and a broken shell at that; an empty casket. I obviously had not moved this body in a very long time. And then I thought: day 274?

“Subject,” the scientist snapped, and I realised he was talking to me.

If I had been able to, I would have shivered. I was not a subject; I was a human being with a name, even if I could not remember it. Even if no one else missed me for 274 long days as the scientists…did what to me? Had he said deep brain stimulation?

“What are you doing to me?” I surprised myself by speaking, even if it did come out as a croak.

Another scientist’s voice came from behind me and, as I tried to turn my head, I realised it was held fast in a head brace. “The subject forgets every time,” said the voice.

The scientist tutted and impatiently reeled off a well-practiced explanation. “You are participating in scientific research about the effects of stimulating core brain areas. Your muscles have been relaxed so that you cannot harm yourself. You cannot remember because we make you forget. You will not be missed because you have no one.”

The truth stabbed at my guts as the tears prickled behind my eyes. I felt sick. I did not want to be here. I was not “participating”, I was being used against my will, and it disgusted me. 274 days on, and it still disgusted me just as much as it had the day they had first inserted a slender electrode into my cortex and made me forget.

“Did you experience anything, subject?”

‘At least give me a name,’ I thought. ‘Give me something that is mine to keep.’

But out loud I said: “Yes. I was at school.” I wondered if the school existed in reality, if my forgotten classmates were real, if I was actually remembering something of a beautiful reality that eluded me and was taken for granted by everyone else. Or if the school just existed in my head, if it was just a sanctuary that my mind had created to protect me from this nightmare, this torture. And if that was the case, if it was all in my head, did that make it any less real? It was my experience, after all.

“You were at school?” said the scientist, his voice hard. “Would you like to go back?”

I saw the fresh electrode in his hand and knew what he was asking. Did I want him to put me to sleep again, make me forget again, give me a chance to imagine and experience as real something new before awakening again to hellish reality?

We both knew my answer before I said it and I hated his smug face as he passed the electrode to his colleague behind me to insert into my exposed cortex, my brain protected from harm as my head was clamped in place with the metal brace.

As I slipped from one consciousness to another, I tried to cling onto one small thought. It came to me, just as it did every time, just as I forgot every time. It wasn’t a selfish thought about how grossly unfair it was that I was being used in the worst way possible by people who had taken the wrong path down the scientific trail; it wasn’t ‘why me?’ It wasn’t a profound thought about what a person is without a memory; it wasn’t ‘who am I?’ It was a lonely thought, an impossible choice. It was: ‘do I want this to end?’