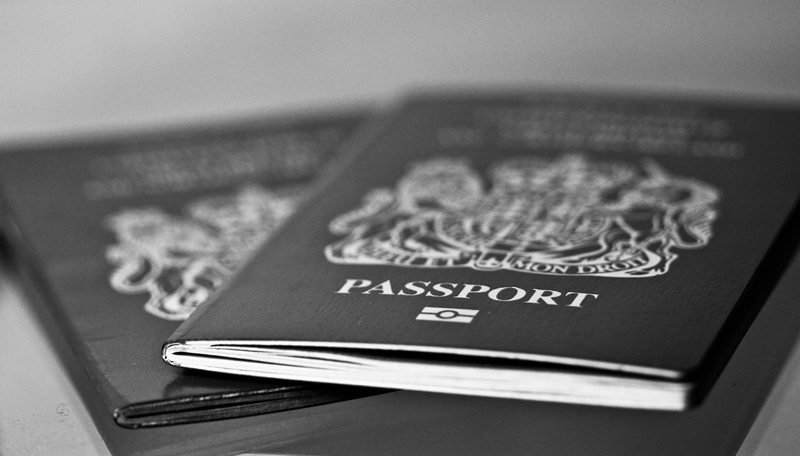 “This was meant to be my fresh start…”

The train jolted as it sped along the tracks. I pressed myself hard against the back of the toilet door and tried to control my breathing, just as the counsellor had taught me. Inhale… Exhale… It didn’t work; the panic remained. I tried to rationalise and dismiss my fears but the feeling didn’t shift easily; the feeling of wanting to hide away, to crawl under my clothes and under my skin, to erase myself completely and make a fresh start.

This was meant to be my fresh start.

Inhale… Exhale… My breathing slowed, finally. My mind soon slowed too, and I replayed the events of the past few hours in my head. The trigger had been innocuous enough; I had just heard a name.

I had heard that name and run. Ran away from what, I wasn’t sure; the past, the memories, the person who had shouted? I mentally kicked myself. Nothing had been achieved but the raising of suspicions. I had been stupid, stupid. But I’d had to run. I’d run because I felt haunted; haunted by a past tattooed on my psyche, that no amount of sessions with the therapist could change. And because I was terrified of being recognised – I could not be recognised.

It had been an ill-conceived idea to return to my so-called childhood “home”. After all, that place was home no longer and I had no reason, and perhaps more importantly no permission, to go back. But I had needed to go. Memories of my old life had begun decaying like a half-remembered dream and I had had to go back to remind myself of what was real, of who I was, of where it all began. The past was important because it had created the present, and, for better or for worse, it moulded the future.

I had stood outside the horribly familiar house at the end of the red-bricked terrace for a long while. It was derelict now, broken, just like its previous inhabitants. The smashed-in windows had been boarded up, graffiti had crept onto the walls like creepers, the gutter wept. I’d stood there and remembered “that evil girl” Jade. By everyone’s accounts, she had been evil. And it brought up uncomfortable questions. Like, are people born evil? No one was born bad, surely? She must have been the product of abusive parents or Broken Britain or some other scapegoat of a reason. She, Jade, couldn’t simply have been born evil, could she?

Jade had been thirteen when her classmate Sinead had disappeared. She had helped to stick up missing posters and had forged a quick friendship with Sinead’s friends to apparently lend them her support. She had been relentless with keeping up to date with the news. She had played her part perfectly, a consummate actress. No one could believe it when the truth came out: Jade, murder, murderer.

A horrified community had been thrown into turmoil by the fact that not only had the killer been one of their own, but that the killer was still a child herself. They had got over it by completely dehumanising the killer. She was no longer the Jade of their community, a troublesome but treasured teen; she was a sub-human monster, someone, or something, so grotesque that to consider her a human being, someone capable of being a part of their group, was incomprehensible.

Jade had been sent away to be detained at Her Majesty’s Pleasure, her family had been hounded from their neighbourhood, and the rest of the community had put on a brave face and hidden the scars left by the whole sorry incident. There were signs of the past, of course; no parents in that area named their child Jade anymore, for example, and if you talk about the past there’s a spilt second where it’s possible to see the pain in the eyes of the speaker before they quickly move on the conversation. Jade had devastated that community.

And now, just seven years later, she was free.

I shivered. I had remembered it all so clearly that I was momentarily transported into the past. So, when someone had shouted out that name, instinct had taken over and I had run. I’d run all the way back to the train station, rushed onto the first train back to my new hometown and barricaded myself in the train toilet. No one had followed me, I was sure of that.

I became aware of the stickiness of the floor under me and stood gingerly. I quietly opened the toilet door and slid discreetly into a seat by the window. I pressed my face against it, pulling my hood low over my face. My stomach was still churning. The scenery outside was a blur.

My fingers crept into my new bag and caressed the four edges of my most precious item. After glancing around to make sure no one was watching, I pulled out my passport and flicked to the ID page. My name stared up at me, officialised in bold, black typeface. My heartbeat quickened. The passport was real, of course, but it was all a lie. I put it away.

The passport could say what it wanted. My real name would haunt me forever.