My Life as a Nightingale 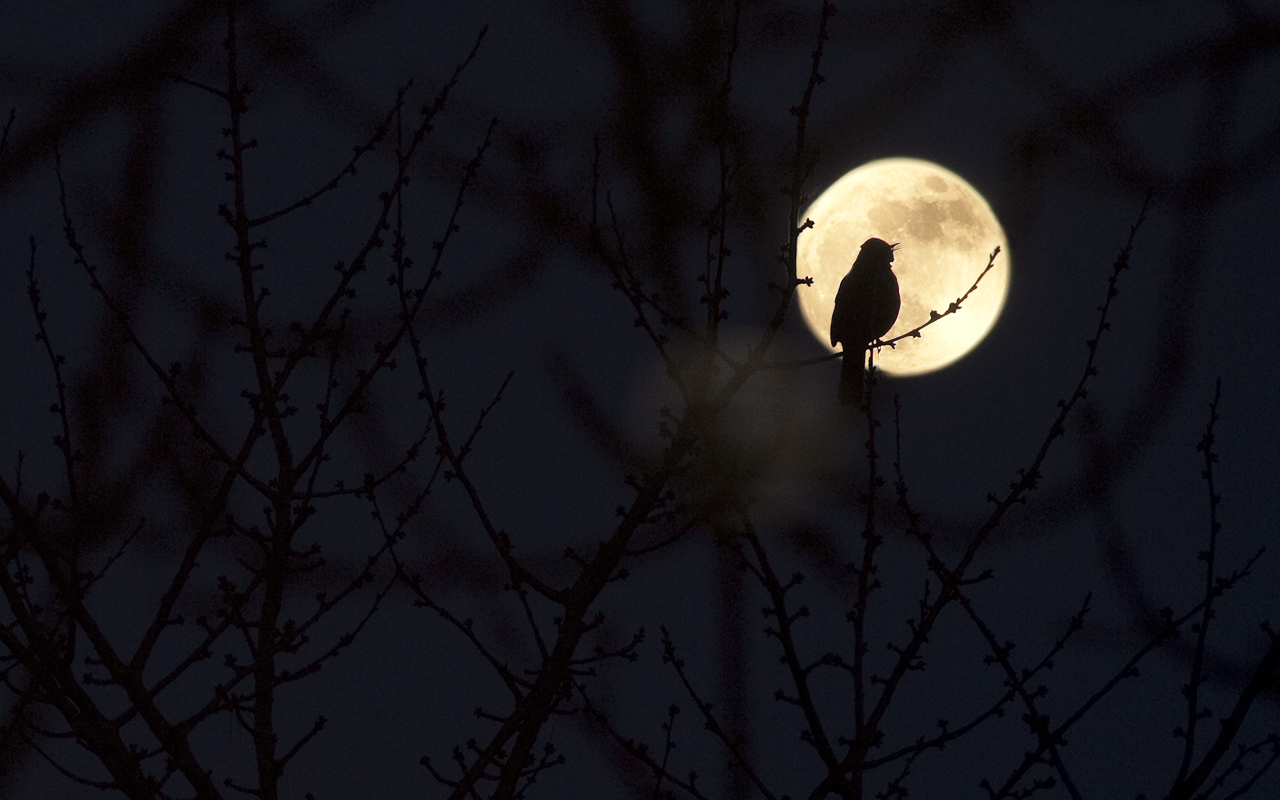 “After this sacred ritual, we settle down to roost on a mossy bough, enshrouded by anonymous nightfall…”

My Life as a Nightingale

In a past life I was a luscinia megarhynchos. That’s a
nightingale to you.
I can’t quite explain why I remember this life and not the
others, as of course there must have been countless others.
According to classical Greek philosophy, souls on their
way to Hades must ‘drink’(1) from the river Lethe so that its
magical waters may purge memories from past lives. But a few
mystery religions have taught that some souls are so attached to
their earthly selves that they evade the waters and in doing so,
retain aspects of their former identity.
As theories go, this is the most coherent one I’ve come
across; the idea of a ‘final resting place’ seems far too inertial at
best. The way I see it, life flows – so why would the afterlife be
anything but a reflection of this?
Humour me, if you will, and I shall explain how things are
from my perspective, which is neither true nor false; it is just one
of the infinite accounts from the History of the Universe.

(1) You may need to stretch your imagination even further here2. REINCARNATION

I came to appreciate the nature of my past life gradually,
by piecing together fragments of memories.
On one occasion, merely inhaling the mildewed
mustiness of damp December firewood provoked a deep
yearning to return to the nest, sending me into a trance-like
state…
In the calm of the embalmed darkness I was completely
alone, save for my clutch of perfect porcelain pebbles below:
smooth, glossy and pale brown, suspended in the spiralling
hollow of fibrous roots and baby-fine hairs and the starry crowns
of grasses.
Eggs are wondrous things; elliptical shapes in general
have an almost hypnotic effect on me. I find myself mesmerized
by them and could spend hour upon hour in contemplating the
eternal secrets they encase.
As a nightingale, of course, I never got very far in my
metaphysical theorizing; the anticipation of hatching time, which
coincides with a change in the rhythm of all forest life, drains
away such streams of consciousness.3. BEAUTY

Twilight is considered a blessing amongst us tree-
dwellers. It signals a coming together when all birds unite as
one; even the silent revel in the ecstasy of the evening chorus,
an outpouring of souls so poignant that it colours the sky an inky
indigo.
After this sacred ritual, we settle down to roost on a
mossy bough, enshrouded by anonymous nightfall. With bodies
rounded and soft as furred fruits clustering together, pen-nib
beaks tucked in to our downy chests, we shrug and rustle and
doze.
In our dreams we relive parts of the previous day in
impressionistic detail: the diving and darting in-between the
pillars of a beechen-green cathedral, with green tinged light
streaming through the stained-glass window canopy, creating
a network of light and shade; the aerobatic movements
orchestrated by light-tipped wings which whistle on the air with
every swoop then beat ferociously as you hover by an intricate
spider’s web hung with tiny mirrors that quiver as you snatch up
an eight-legged delicacy and devour its sinewy flesh whole.
Our creator also appears to us in our dreams, usually in
the form of an egg. We are grateful to our Creator for all things,
from the cloistral hedgerow to the pitter-patter of rainfall that
brings juicy worms up to the soil’s surface and fills turned-up
leaves to the brim with fresh water.
What do we pray for? We pray for nourishment, as all do,
and for health, and the deliverance from frosty weather, and that
the bountiful woodland will continue to provide for our offspring
as she has done for all these years.4. NIGHTMARES

Naturally, my past life was not without suffering. I am
insulted by the colloquialism ‘free as a bird’. Yet even man’s
most enlightened minds, being so consumed by their own
melancholia, misjudge the lives of others as painless.
O troubled souls! O desperate romantics! When will
you see that idealising the way of life of the avian race is
fundamentally flawed?
Even now the horrors of my past life haunt me in my
sleep…
Butterflies persistently wander into my subconscious. It is
laughable that many humans think them beautiful! Up close they
are ugly and unnerving with long roaming feelers, bristly bodies
and spectre-thin wings. Worse still, are the terrible leering eyes
that emblazon the wings, the threatening glare which tracks your
every move. In one nightmare I am in the nest, lulled into a false
sense of security, until the leaves and twigs it is constructed
from start to tremble. Except they are not leaves and twigs
– they are dismembered bits of butterflies that have become
animate! Paralysed by fear, the parts investigate my body blindly
until the nest collapses, my eggs go tumbling to the ground, and
I throw myself after them in desperation…
Then there is the angel of death. Another unearthly
creature of ghostly-white, it floats over the thicket in search of
its next meal, every so often emitting a blood-curdling screech.
That noise reverberates in my head, makes blood pound my
ear-drums, and sends a shiver down my spine. All goes quiet.
Then there is a throbbing of wings – the cold air they waft over
me accompanies a sickening realisation: the lethal talons are
poised just above my head…
Within an inch of death, I wake up. Just before colliding
with the forest floor, becoming a sack of feather and bones,
or being crudely decapitated, my remains tossed into a pit of
peckish owlets.
Unfortunately, some nightmares cannot be so easily
escaped. They may seem imperceptible to you, but they are
happening all the time…
Snarling mechanical monsters claw at the base of trees
causing their timber to groan, shriek and splinter before the
corpses come crashing to the ground. Then the gritty smoke
which clings to the pedestals of the former tree-kings slowly
suffocates the surviving animals so it is in agony and confusion,
that they draw their final breath.5. MIGRATION

I find peace and solace in meditation.
Meditative states are like migratory patterns, that is, they
deliver you from harsh realities by transporting you from one
plane of existence to another: lower-self to higher-self, earth to
sky.
I simply imagine rising up, rising up above the patchwork
of meadows. Here I gain a newfound sense of perspective
and, becoming aware of my weightlessness, I am reassured of
the impossibility of holding on to anything. As my flock comes
together in telepathic synergy, our ideas align and are eventually
reduced to one. Our minds focus on this one idea, like a dot on
the azure horizon, like the tolling of a church bell.
The pilgrimage to the warm south has been braved
by our ancestors since we arrived on this planet. Throughout
history, humans have seen our formations passing overhead
and have wondered who could be guiding us; surely one must
lead the rest? Their first mistake is in asking such questions;
their experiences of the world are limited to a reality ordered
by human thought. Now you, at least, know that the nightingale
community has no need for hierarchies.