Cries From The Darkness

Steffan Jenkins in Creative on 2 November, 2013. 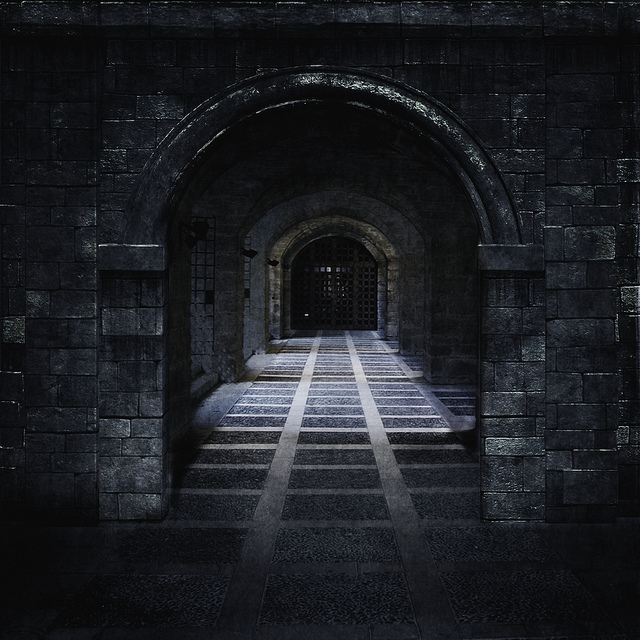 ‘I gingerly walked into the hallway until the darkness engulfed me.’

The rain was deafening when I awoke from a tempestuous dream one night in October. I stood up and groggily found a lamp. The light was offensive at first and filled my still-delirious gaze with brightly coloured illuminations. As they lazily disappeared, I could see the clock read 3:30AM. The storm did not seem to be easing up and today was the day that I would travel to the school I had studied for many weeks, having become associated with it when my own cousin had disappeared.

On the morning of 30 September, I received news that my younger cousin had been missing for a week. He had last been seen going into the dilapidated structure that was formally known as ‘Saint John’s’. It was a school until its closure in 1993, a school that had been founded on religious motive; but the practices of the institution were far from Christian.

It was remarked that the teachers would beat students that were not up to the quixotic standards dictated by no one in particular. When the government got involved, a host of new staff members were injected, but even they had fled from more civilised society. The school closed upon the discovery that several students had disappeared; a report which was quickly followed by the monstrous teachers committing suicide under a religious fallacy.

My cousin had briefly attended the school before his parents, my aunt and uncle, moved the family to London for work. After he left, he lamented that one of his friends had stopped replying to his letters and confessed that he was slightly concerned. Later, he read that his friend was one of the boys that had disappeared. In September he returned to Saint John’s, determined to investigate the disappearance of his friend and bring the truth into the light. As I discovered on that morning, he did not come out of the ruinous place.

After the police had finished with their investigations to no avail, I decided to travel north to Saint John’s, gather what information I could and put some minds to rest. After driving for a few hours, I reached the track that led to the derelict building. I knew I had to walk to the rest of the way. As I walked, I noticed that the building had been adorned with unsavoury graffiti. There were some broken walls and an alarmingly large hole where I would have expected an entrance. I cautiously walked over to the hole, taking in the emptiness of the school.

The large, stately crosses hung around the interior walls cast malevolent shadows over the floor. The rest of the hallway was dark enough to obscure anything at the far end. I was still a little apprehensive about entering alone. The fact that I had remembered my torch was of little comfort. I gingerly walked into the hallway until the darkness engulfed me. I found the torch in my coat and found the switch to give it power. It shone through my coat pocket into the gloom.

Collecting it from its store and holding it out ahead of me, I pressed on into another part of the school. I found a sign on the wall and read it aloud to myself “May God bless these workers about their duties.” I stood, wondering about the provenance of this sign but was stopped when I heard a small voice whisper out of the darkness.

It came from the room at the other end of the corridor. I ran toward the door, the torch illuminating the words ‘Main Hall’ on the frosted glass. In my haste I tripped on something and landed on the cold flagstones beneath me. As I fell, I bit into my bottom lip and a torrent of blood erupted into my mouth. I spat a puddle of the thick, red liquid into the darkness.

I pushed myself upwards and realised that the torch had taken the majority of the punishment. It flickered on and off for a few moments intermittently illuminating an old, and now broken, desk. On the ground was a piece of paper. With the torch providing a small amount of light, I read it. It had been written by the former headmaster, whose body was the first discovered. It was clearly hastily written and not all of the words were legible. From what I could make out, it said “we cannot go on. For the sake of the children, we let the creature take us.”

The voice started again; echoing from the hall was the same faint call as before. I stumbled toward the door and tried to open it. It was locked. As I pushed, the voice became louder. Throwing myself repeatedly against the door, I felt the timbers groan. When they finally gave way, I fell into the room. There was nothing inside but abject darkness. I called out for the person in need of help. A reply soon came.

“Why are you here?” asked a thin wispy voice. “Do you work here?” the eldritch voice came again. I assured the voice that I didn’t.

“Such a shame. My friend will have to deal with you then,” the voice uttered.

I held out the torch, and in the fading orange glow, I saw something. It was a batrachian creature, lounging in a chair and wearing a tattered old school uniform, emblazoned with the St John’s crest. In its webbed hand it held a human finger and was gnawing on the tip. From the darkness next to it emerged another figure. It was a man. He was short, of average build and dressed in the garb of a priest. His sunken eye sockets were covered by a sheet of milky white skin, with only dark shadows where the eyes should have been. Its mouth was wide open, with a tangle of needle-like teeth protruding from the aperture.

Despite not having ears, he appeared to cock his head to the side as if listening for something. The mouth started to move rhythmically with the impression of repeating something. Just as soon as it had started, it stopped and became motionless again. It stepped forward with a painfully long stride. When stood barely an inch from me, the mouth opened again, letting out a guttural, bestial ululation. The torch finally died and darkness prevailed.