William Eggleston’s ‘Portraits’: The power of colour in a deceptive normality.

As precisely as line and reflection in his photographs are formed, people seem to be driven to define the narrative for the life of William Eggleston. Such acute details however, are repeatedly quashed by the blunt and unspecified of the titles of the pictures, and the origins of their maker. He, and they, refuse to be assumed.

“… ‘snapshot’. The word has never had any meaning. I am at war with the obvious.”

The National Portrait Gallery’s exhibition, unaffectedly titled ‘Portraits’, reveals a captivating history showing the evolution of Eggleston’s practice. We are introduced to his early black and white shots, images that are sensitive, elegant and indeed ‘classic’ in their tonal compositions. A recognisably sombre, sultry mood is emanated by them; a dark charm of the 1960s citizen in America pours out of the shadows which lie behind a pristine outline of the figure as the subject. The implicit power of monochrome is there; the gravity of shaded tones struck against brilliant whites produces an intensity to intrigue and captivate.

Then, at the pace of the shutter-lens’ sharp ‘click’, the colour bursts through. Informal, modern, naked colour screams from inside the frame. There is suddenly nowhere to hide, nothing can be concealed, every blemish unmasked; everything is as it is in a never before captured extent of reality. Eggleston’s photographs portray the extraordinary colour of the ordinary.

The realism of the images is discomforting to look at, but leaves a very tantalising and moreish effect; as forceful and as alive as the experience of witnessing realist theatre. Both of these being predominant art forms of that time, they share a relentless pursuit of reality, in order to replicate it and reveal the brutal truth of it. The aim is to stun their audience, and stun them into questioning how true these representations were of themselves and their own realities. Despite such plain subjects and scenes, the artist captures them in a shocking and unpredictable fashion. Exaggerated objectiveness penetrates through our passive sense of vision.

None of these images are specific ‘visions’ or prototyped. Colour, shape and emotion are supreme, and offer a more precise illumination than any arrangement of words, hence the minute size and content of textual information provided for each photograph arranged on the walls of this exhibition. What is seen, simply is. These are images presenting truths which hurt us because they refuse the comfort of being rehearsed; the figures and their actions are given no warning and are forced to be totally themselves and nothing more in that moment they are recorded. Honesty is too often alienating, and this fact is what magnetizes us to Eggleston’s pictures. We investigate them in our natural attempt to make a story or explanation out of them.

Critical material impresses the influences of the photographer’s ‘Southern’ upbringing in Mississippi. Comfortably privileged at home, Eggleston grew up developing multiple artistic talents; playing the piano, drawing, and having a notable passion for buying postcards and cutting out pictures from magazines. He was well educated at various institutions, including three entries to ones which offered a degree qualification, but were unfulfilled by Eggleston. This experimental and spontaneous approach towards learning and creating plays a significant role in Eggleston’s technical and imaginative process.

Currently renowned as one of the most innovative figures in photography and media, Eggleston succeeded in startling the art world with his use of the dye-transfer printing technique which is now noted in almost every piece of writing addressing his work. His career as a photographer has sent him across the globe, capturing images of nations who at the time were on missions of self-proclamation of cultural identity, with new-middle-class America posing perhaps the biggest campaign of all.

He is also notoriously reserved and self-contained in his interviews. Commonly dismissing questions, his replies are formed of a sort of philosophical rhetoric which, like his pictures, is spoken plainly without any deliberate style or eloquence, but which contains pluralities of meaning. Display of a collection of pieces from ‘Portraits’, The National Portrait Gallery. Author’s own image.

Beyond ‘what’ he and they are, there is a multitude of unique features of ‘how’ he and they exist. The key to colour and light are that they cannot, as natural elements be contained or classified. They are, at their source, never subject to fall under any discipline attempted by man or machine. Fundamentally, there is nothing ‘normal’ about them, however familiar and regularly they appear to us. They emit themselves in anonymous instances.  Eggleston’s talent is that he is able, time and again, to capture such instances, and all just by being a man with a machine.

“But your photograph of Graceland has become an icon!”

– William Eggleston speaking in an interview with Leica World, “Irony is far from me”, 2002 (www.egglestontrust.com)

Nevertheless, and without falling too much into my habit of subtle pessimism, what I think must be understood is the importance of the absence of something, as much as its being in plenitude. In this case, I mean colour; Eggleston’s black and white prints construct another level to his and our vision, and I was personally very grateful and intrigued by their inclusion in the exhibition. I even bought a postcard of one of them, and while writing this have another of them as my desktop background. They are, after all, still portraits. Primary fascination might with Eggleston’s methods in colour printing, what the National Portrait did so stylishly in my opinion, was to provide a collection of never-before-seen monochrome prints, gracefully teaching us a version of philosophy’s theory on Falsification; the appreciation of something’s absence enhances and proves the existence of it as a phenomenon.

Furthermore, these ‘Portraits’ are intensely personal. They are quite unforgiving in their exposure of their subjects and their situations; a woman perched on a wall next to a metal post which is entangled by a thick, heavy chain; a man standing, scratching his head, bathed in red light, naked beside an unmade bed and with the word ‘GOD’ in graffiti behind him on the wall. I found myself really staring into the eyes of their faces, eager to know them without wanting to imagine myself in their position. I think Eggleston’s construction and experimentation with distance between audience and art is a wonderful achievement. It is a form of re-writing the way we relate to each other and each other experiences. It might be that Eggleston is placing the whole notion of stereotype and regional culture under scrutiny.

The frankness and honesty of these images are the basic ingredients to their uniqueness. Honesty, in modern human nature, is something pretty rare. Eggleston, I think, is aware of this, and his photographs seize our most honest, raw moments as they flicker past us in everyday life. Perhaps if they were purposefully sought after, they could never be found in their authenticity. Certainly, he is a man of his time, occupying the scenes of pedestrian daily life in and amongst bars, supermarkets, car parks and suburban roadsides. Yet, the expressions held in the faces of those who are part of these environments remain instinctive, even animalistic, in complete emotional suspense. When we go beyond looking, and really see what is in front of us, time stops just as the shutter lens closes. This is the power of Eggleston’s eye.

‘Portraits’ is an extraordinary collection, in the sense that it contains an extreme ‘ordinariness’. Human nature and raw emotion are saturated in the images’ colour and light. The everyday is depicted so spontaneously, that what is ‘normal’ is suddenly quite unfamiliar.

In colour, Eggleston practices ‘the ultimate process’, and achieves a vision of ultimate reality. His work is not about looking, but about seeing. It teaches us to see, and not just ‘look at’ each other, our lives and ourselves. This is “photographing democratically”, holding no expectation, taking life as it is.

“…taking, as always, pictures of whatever is there”. 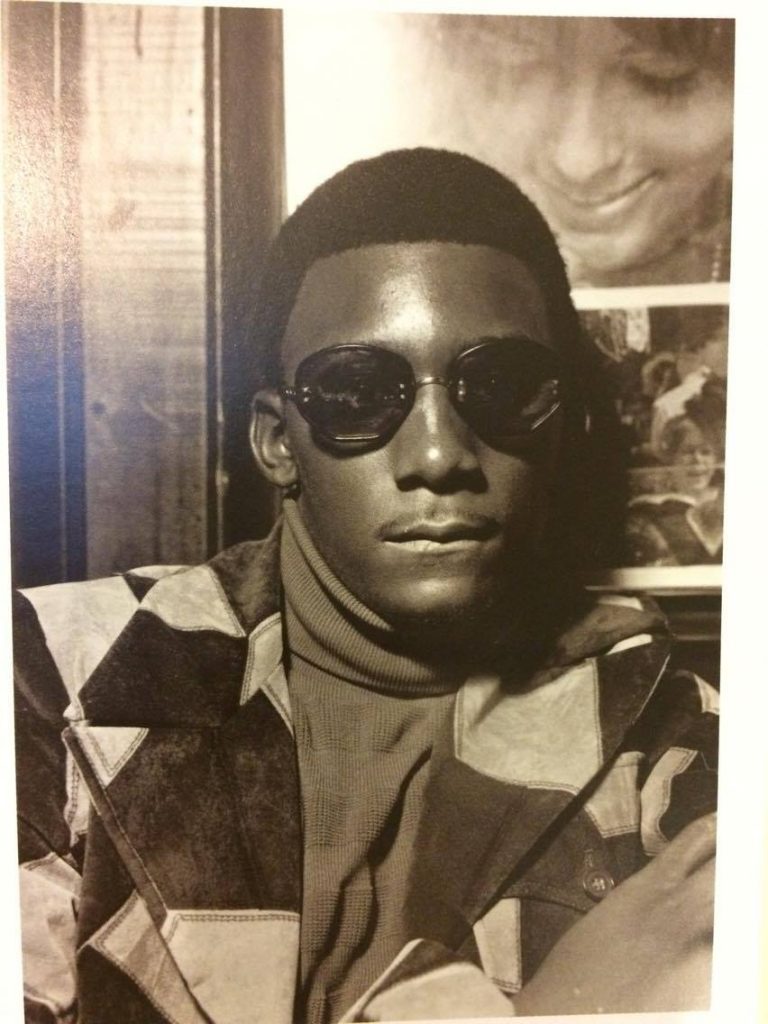 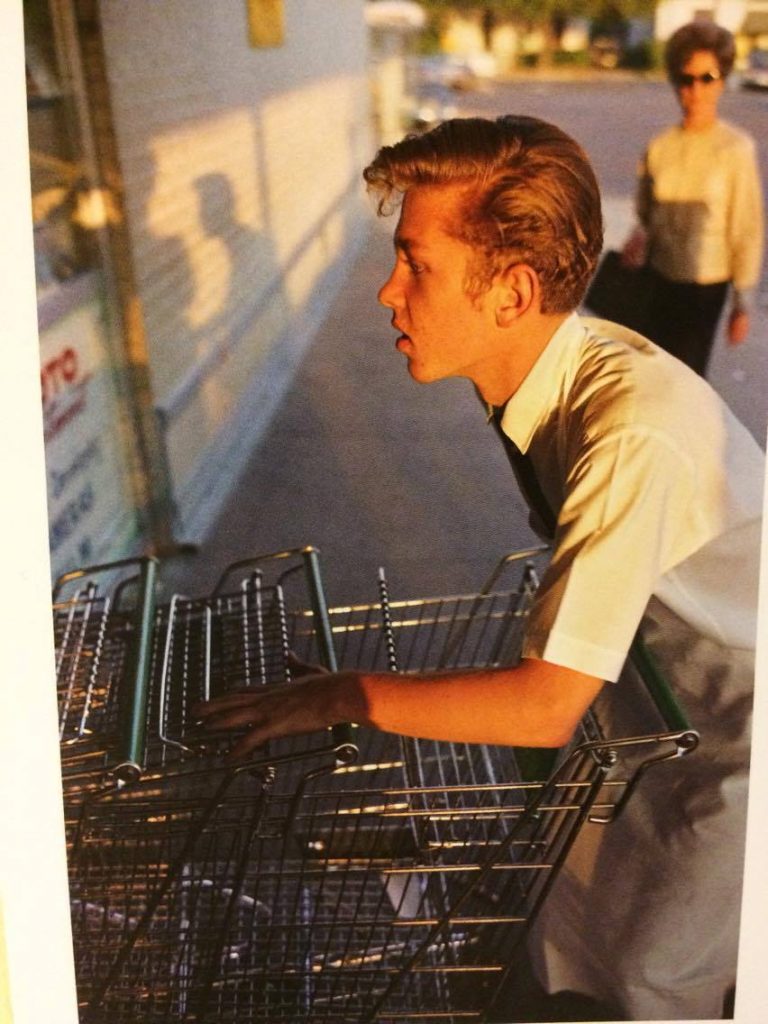