Embarking on an epic journey throughout Europe in Summer 2015, the art world soon became my oyster as I travelled through many of history’s most famous capital cities of art. I saw myself first in Brussels, the founding nation of our favourite Surrealist René Magritte, next I was spoiled with a sea of sunflowers in Amsterdam followed by both national galleries and monuments in the sensational German capital, before viewing a modern extravaganza in Vienna. Pressing on I travelled south towards the beautiful country of Italy and came across many wonders in Florence, Venice and Rome – conquering countless art galleries and museums along the way. This is my inter-rail art story. 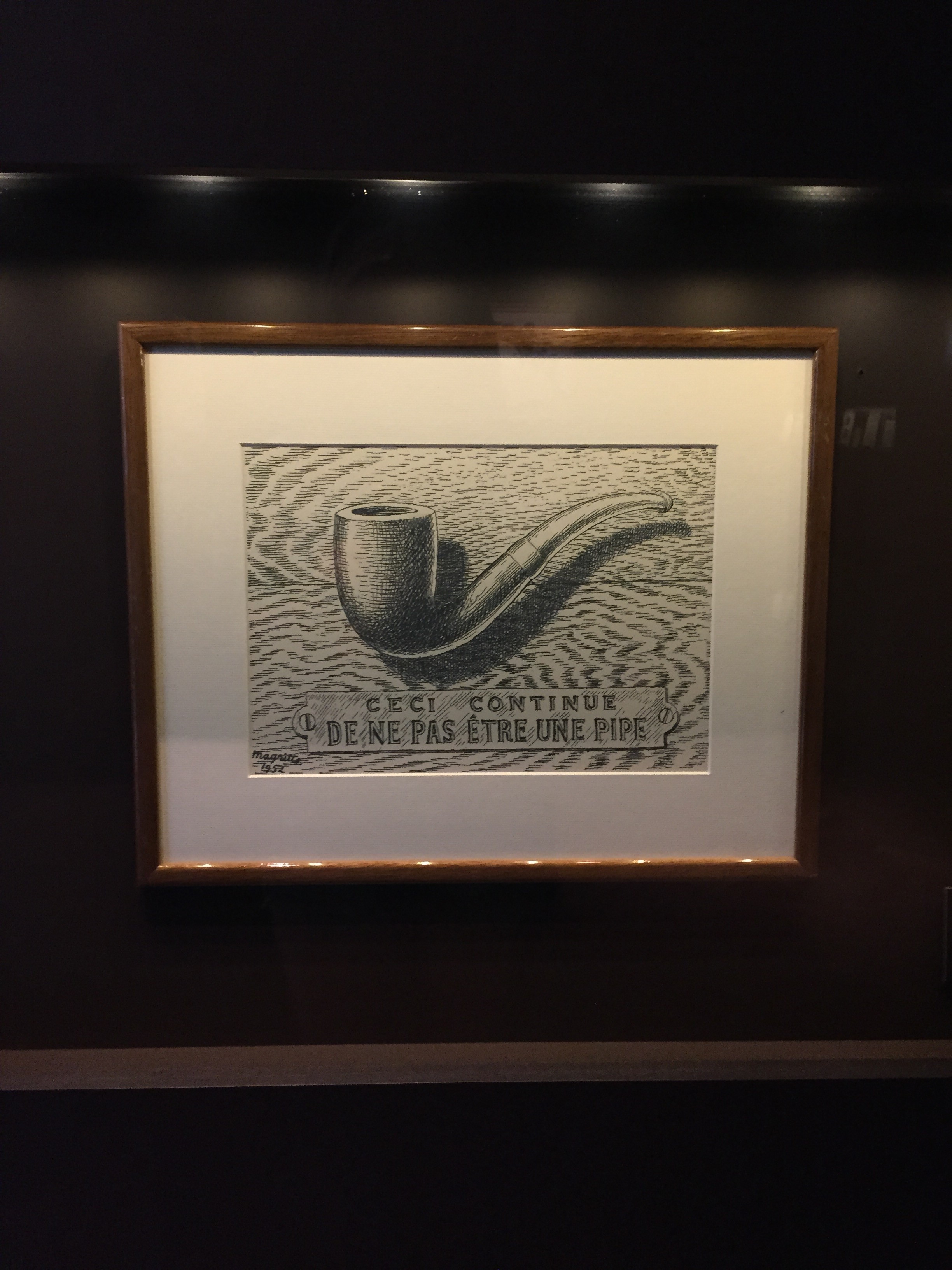 So we hopped onto the Eurostar and soon found ourselves in the beautiful, sunny and sensational Brussels. The streets were aligned with restaurants serving their famous Belgian waffles, mussels and frites! But we soon found our way to the real spectacle of this small city: The Magritte Museum. René Magritte was one of the most influential Surrealist artists; originating from Belgium, he created many witty and humorous images that made the viewer question what they were looking at. One of my favourite pieces on display was his pipe, whose title declares ‘Ceci n’est pas une pipe’, or ‘this is not a pipe.’ It was certainly a brilliant collection to behold alongside the works of many other great Surrealist artists such as Giorgio De Chirico and Max Ernst. A Magritte drawing printed on a 1930s’ Surrealist Publication
Image: Writer’s Own 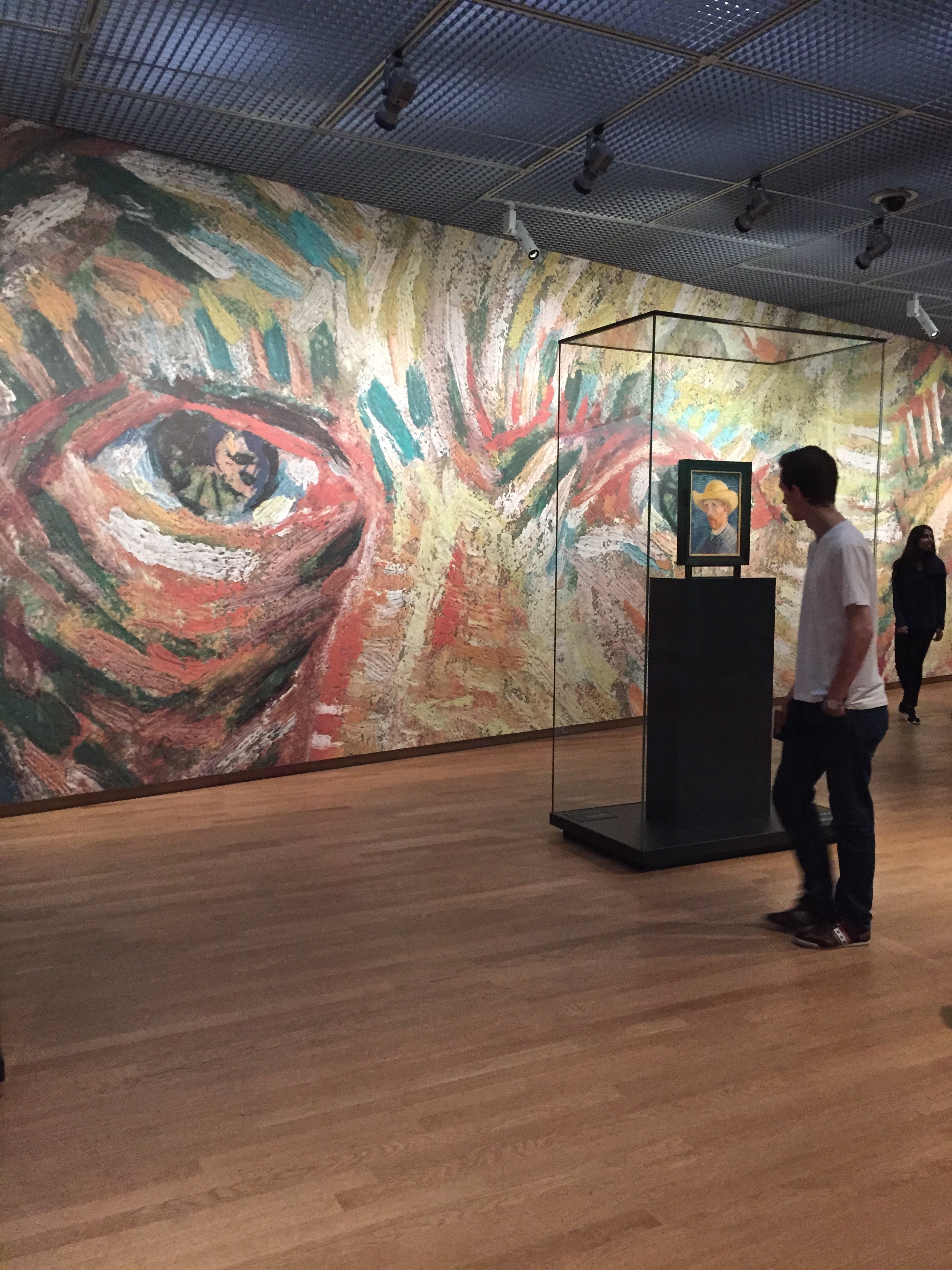 Next stop we found ourselves in the city of canals, riverboats, red lights and coffee shops, yes we are in Amsterdam. Amsterdam clearly directs you to a majestic Museum Square in their central city home to the Stedelikj Museum, the Rijksmuseum and lastly our next stop: the Van Gogh Museum. Home to some of the world’s favourites this museum was an absolute treat. Seeing ‘Sunflowers’ (1889) was extremely memorable alongside my personal favourite ‘Cypresses and Two Women’ (1890), both displaying the beautiful Post-Impressionist style of one of the most famous names in art history. The museum gave a visual timeline of Van Gogh’s entire artistic career, beginning with scenes from his life in Belgium, right up until his final years which were spent in the South of France. The Berlin Wall
Image: Writer’s Own

I cannot express how brilliant Berlin is in terms of being absolutely spoilt for choice for artistic marvel. The Berlin Museum Island is home to some of the most phenomenal buildings I have ever seen, let alone the wonders that they hold inside them. So we set off pretty early with the ambition of completing as many museums as we could, however, even on the way to the venue you are distracted by the beauties of the Brandenburg Gate and the East Side Gallery, which contains some of the most amazing murals that give an insight into the social and political history of the country. 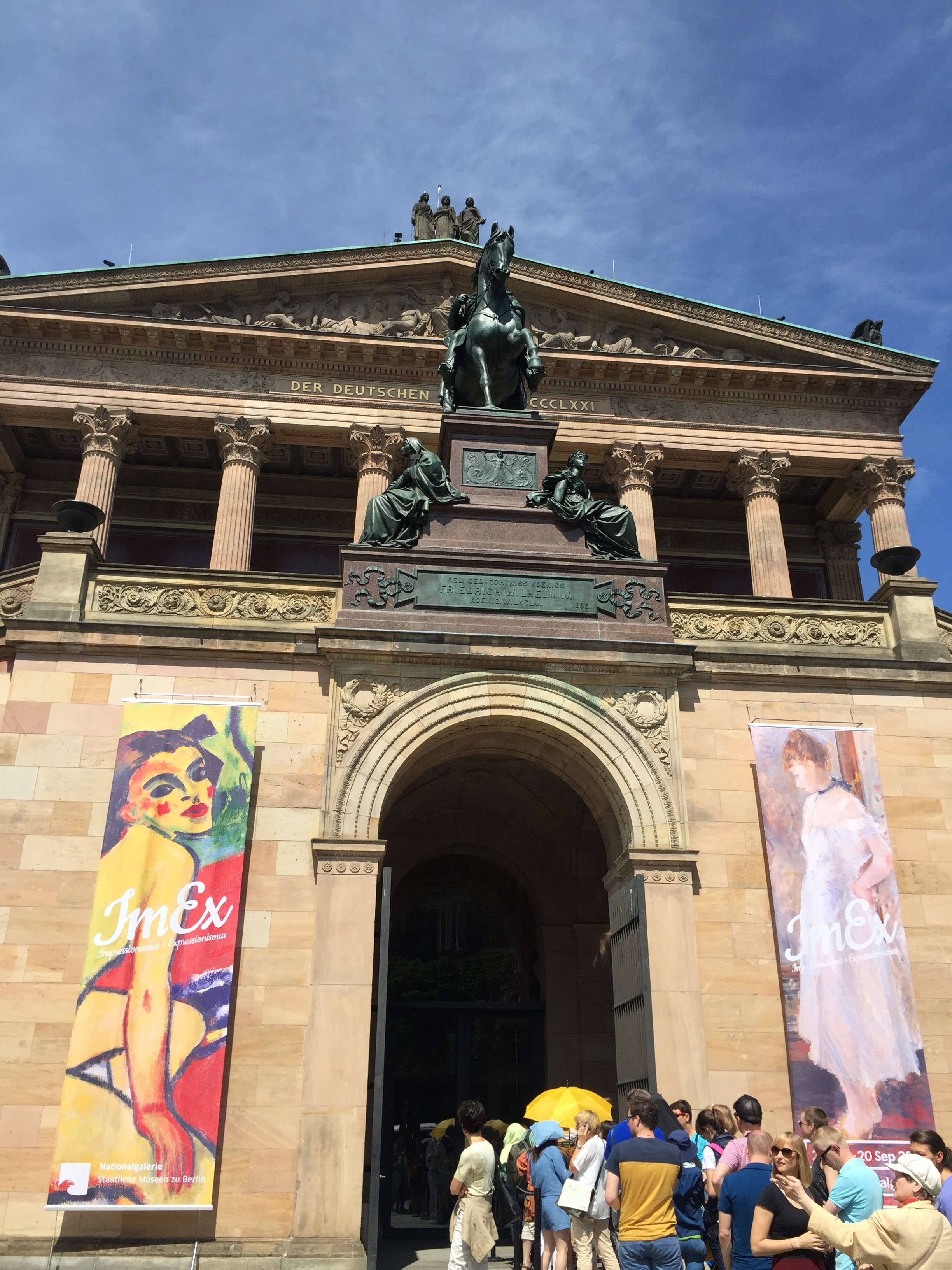 Once we had admired the Berlin wall and taken countless photographs we finally found ourselves at the National Gallery, which was holding the ‘Impressionism and Expressionism’ exhibition that had me running to the doors. Each room had a wonderful theme that incorporated the works of famous artists such as Courbet, Constable, Manet, Signac, Renoir, Cezanne and my personal favourite Morisot. My favourite room consisted of a number of bathing pieces, which included Cézanne’s ‘Seven Bathers’ (ca. 1900). This exhibition was 100% my favourite of the entire trip.

Vienna surprised us a lot. We had no idea what to expect and therefore the art scene massively exceeded our expectations, as did the film and music scene as our visit coincided with their Film Festival! The MUMOK Vienna was the must-see of this stop, accounting for the largest art museum in Central Europe since the emergence of modernism, it had a mix of exhibitions that represent a range of Pop Art pieces which range from the originating works of the fifties and sixties to contemporary experimental works. All the big names were lined up along the walls of this sensational building; expect to find Lichtenstein, Hockney, Rosenquist, Rauschenberg, Oldenburg and everyone’s favourite, Warhol. The most memorable piece of this exhibition had to be Warhol’s 1967 screen-print series ‘Marilyn’ of the much loved Hollywood actress, Marilyn Monroe.

So we now make our way across land and sea to the stunning city of Venice. The picturesque scenes were bountiful with every step you took down the alleyways, not to mention the famous gondolas and countless bridges that linked together the maze that was Venice. The multitude of masks and fashionable boutiques themselves were a spectacle alone, but the real gem of this city was the fabulous Peggy Guggenheim Collection. For me, the highlights of this collection were Marcel Duchamp’s ‘Nude Study’ (1911–1912) and the enormous Jackson Pollock work ‘Alchemy’ (1947), which seemed to engulf an entire wall.

After queuing for two hours in the burning sunlight we were finally welcomed into the grandeur that is the famous Uffizi Gallery of Florence, and I can tell you, it was well worth the wait. Our artistic journey had taken a sharp turn and we had left the Surrealist and Pop Art artists behind us and entered into the Renaissance period, out of which sprang the works of Caravaggio and Da Vinci. However, the showstopper of this historical and mesmerising gallery would have to be Botticelli’s ‘The Birth of Venus’ (1484–1486), which had a swarm of eager tourists stood around it, desperate to catch a glimpse of the beautiful Venus herself.

When in Rome where else is there to go but of course The Vatican Museum, home to the multitudes of collections built up by the generations of Popes throughout modern history. Like the Uffizi gallery, this museum bears some of the most prominent art works and sculptures of the Renaissance period. However, the real artistic diamond in Rome would have to be Michelangelo’s Sistine Chapel ceiling, which depicts nine scenes from the Book of Genesis, with ‘The Creation of Adam’ being the centrepiece: it was absolutely phenomenal to behold.