The Legacy of Leonardo 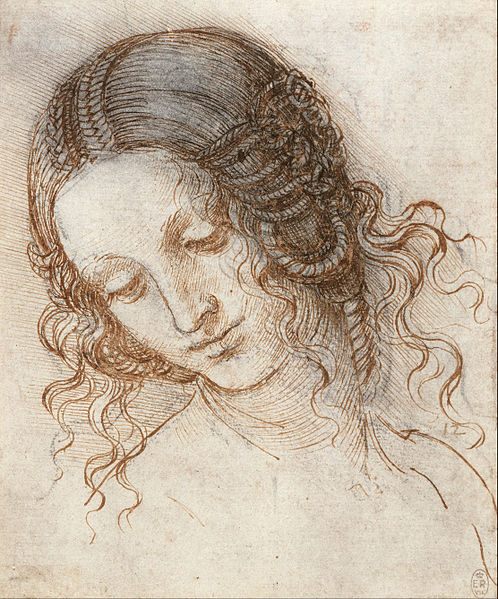 ‘The head of Leda’

Leonardo Da Vinci: painter, sculptor, architect, botanist, scientist, inventor. Genius. Widely regarded as one of the most accomplished men in history and a man far exceeding his time, Leonardo can be confidently described as the archetypal Renaissance man. Born illegitimately in 1452 in the town of Vinci, Leonardo’s beginnings were humble and unspectacular. However, more than half a millennium later his legacy continues to astound and inspire.

Arguably, Leonardo’s paintings are his predominant source of recognition and fame. His work has the ability to continuously provoke fascination and frequently features in popular culture. Admittedly it is hard to resist mentioning the parody by Marcel Duchamp debasing ‘The Mona Lisa’, or the bestselling novel by Dan Brown. Yet Leonardo was not a prolific painter, indeed his legacy culminates in fewer than thirty completed paintings as his tendency for perfection and procrastination led many a painting to be discarded unfinished.

It is true that Leonardo was regarded as a master painter, displaying his talent for composition early. His master Verrochio declared he could not bear to use colour again after Leonardo impressed on the collaborative piece ‘The Baptism of Christ’. His talent for innovation led him to become one of the first fine Italian artists to use oil paints in place of the traditional egg tempura method, furthering his distinctive and impressive style. However, it is truly the diversity of his interests and the skill he possessed in pursuing them that confirms his genius. Leonardo dedicated his life to discovery and the pursuit of knowledge, documenting his ideas in hundreds of drawing and sketches. He never ceased in his drawing – utilising it to further his acquirement of knowledge by recording his research and reflections. He thereby provided an extensive visual insight into his progressive mentality.

The Ferens Art Gallery in Yorkshire recently exhibited ten or Leonardo’s sketches selected from a group of roughly six hundred belonging to the Royal Collection, in celebration of the Queen’s Diamond Jubilee. As the only venue in the North to host the collection, it proved a record-breaking resounding success with visitors appreciating the opportunity to personally witness the beautifully preserved parchments so close to home. Despite its relative anonymity, The Ferens Art Gallery boasts an impressive permanent collection and has previously secured a collection of artwork by pop artist Andy Warhol and hosted David Hockney’s ‘Bigger Trees Near Warter’. Politician and industrialist Thomas Ferens, who incidentally originates from County Durham, believed in the moral and spiritual effect of art resulting in the bestowal of the gallery as a gift to the people of Hull. Like Leonardo himself, the gallery has developed from humble beginnings to host some of the finest sketches in existence which detail engineering, botany, map-making, hydraulics, and anatomy.

The exhibition greets visitors with an imposing flying contraption referencing Leonardo’s obsession with flight. The recreation of one of Leonardo’s sketches by local artists introduces us to the prevailing theme of the collection; the focus is not on Leonardo the painter but Leonardo the scientist, inventor and ultimately Leonardo the great mind.

A single dimly lit room follows, containing ten fragile parchments. A swarm of eager eyes surround each piece ardently vying for a position to fully appreciate the intricacy of each sketch. The delicacy of line is only truly evident under magnifying glass and there simply is not enough time to grasp the extent of Leonardo’s skill in portraying his subject. The precision is only discernible as each sketch is in an overwhelmingly pristine condition, contributing to the tangible awe of being in such close proximity to almost legendary images.

The collection exhibits Leonardo’s fascination with nature and anatomy and his never-ending quest to understand the world around him. More controversially, and confusingly, is his portrayal of weaponry considering a noted aversion to conflict and violence. The purpose of ‘Designs for chariots and war weapons’ is attributable to his work as a court artist under the tyrannical ruler of Milan, Ludovico Sforza. Despite the focus on the machinery, it is the figures of the horses in the sketch that truly display Leonardo’s ability to capture the beauty of moving form, further evident in ‘A study of an equestrian monument’.

His fascination with capturing expression and portraying beauty through the concept of natural grace by observing tiny changes in light and atmosphere is displayed in the delicate ‘The head of Leda’. This is satisfyingly contrasted with the rough and almost angry strokes depicting ‘The head of an old bearded man in profile’, thought to capture Leonardo’s feelings about his imminent demise. The centre piece of the room displays the gruesomely precise anatomical figures hallmarking Leonardo the scientist. A magnificent and accurate attention to detail is exhibited, yet surrounded by the curious backward scrawl Leonardo adopted.

Martin Clayton, Senior Curator of Prints and Drawings at the Royal Collection, asserts ‘we can often grasp the true nature of Leonardo’s intentions only through his drawings’. Through Leonardo’s sketches we can gain the most extensive understanding of the wonder and beauty of a man that dedicated his life to the pursuit of knowledge. Through the simplest of tools Leonardo was able to create a legacy to inspire generation after generation, supporting his own contention that ‘simplicity is the ultimate sophistication.’