The Art of the Recycled 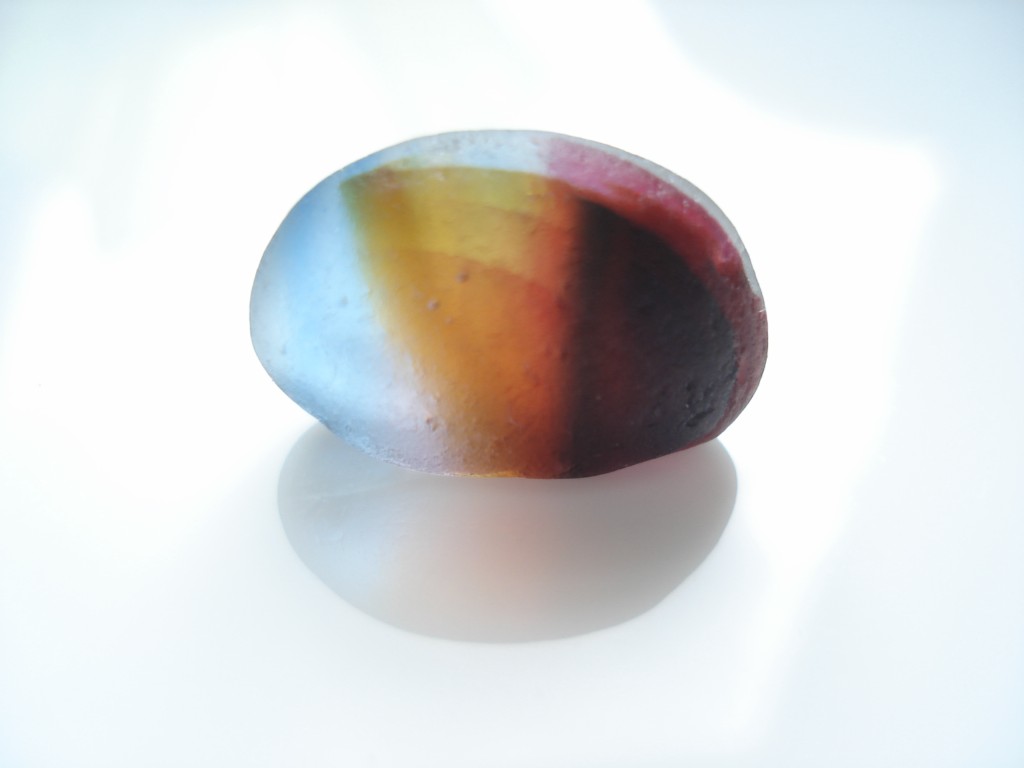 Why photograph sea glass? This was a thought that occurred to me as I first tried to capture in an image something I could see while holding up a piece of sea glass to the bright sunlight. It seemed like hard work, finding how best to have the light strike the subject in order to capture a particular colour. It wasn’t until the day that I caught the image ‘Green Flip Flop’ (shown on page 5), the green and white (clear) piece with the unusual reflection that you may not have noticed, but look again. No it’s not photoshopped, or even Gimped, it’s a genuine photo of a piece of sea glass. Have you worked it out yet? Well it’s not a green and white piece in the 50/50 sense, it’s actually a clear piece of seaglass with a very fine layer of green running through its centre, causing the reflected light to make the top half appear green. What happens in the reflection is that the light causes the same effect, but in the same way, and not opposite as you would expect of a reflection. This piece sold within hours of being put up for sale on Etsy.com, to a collector in Paris…

…And that’s the point. Sea Glass has tremendous value, if it comes from Seaham. It has history, being at least 100 years old, sometimes up to 160 years old if it’s an early piece from the Candlish Bottle Works, in Seaham. Occasional pieces dating back even earlier, to the 16th century, occasionally appear from offshore wrecks, but these are rare. 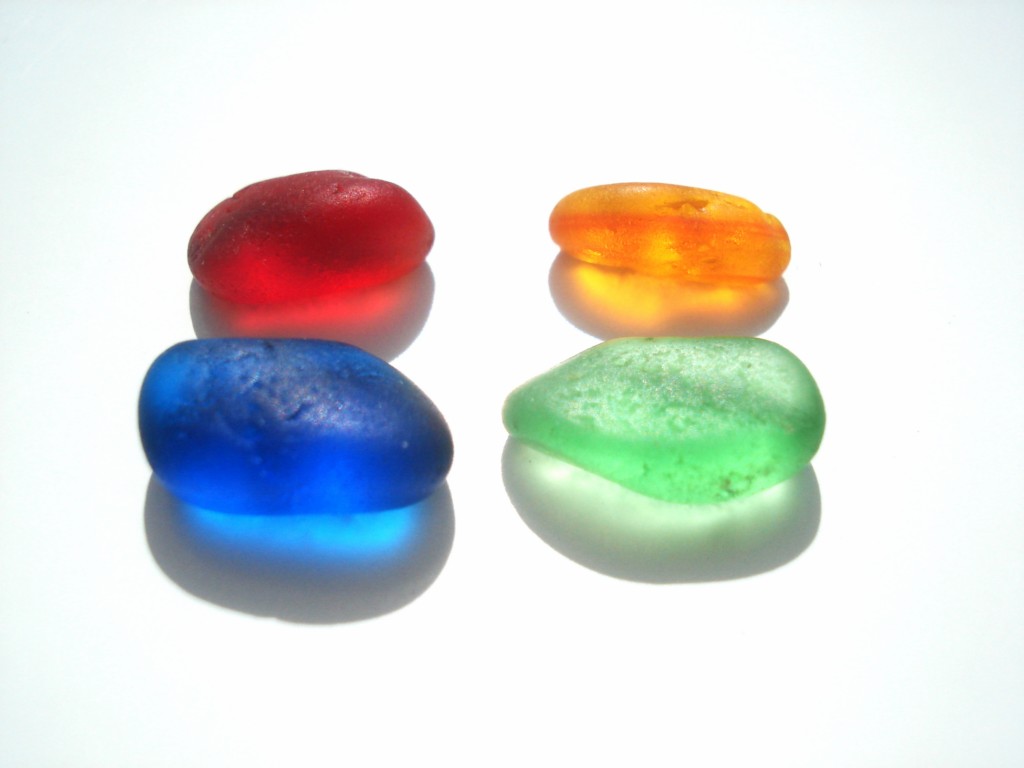 When we started selling on Etsy, the first piece went to Hawaii, and the buyer was very knowledgeable about Seaham beach. It was only after around a dozen more buyers also showed that they were just as knowledgeable, that I realised that the pieces I was finding were far more valuable than I’d imagined. At that point I also regretted selling dozens of pieces without photographing them other than for listing purposes.

But why is this waste product seen as such a valuable and collectable item? To understand this you need to appreciate the methods of making, the varieties of glass being produced, in fact the scale of the production facility. Seaham Bottle Works was a humble kiln close to the harbour, with limited output when John Candlish decided to buy it, then amalgamate it with an adjacent kiln, and go on to build four more to make the largest bottle works in Europe, exporting worldwide. More efficient gas fired kilns were installed, production grew rapidly, and as a result, the amount of waste glass being discarded every day also grew. 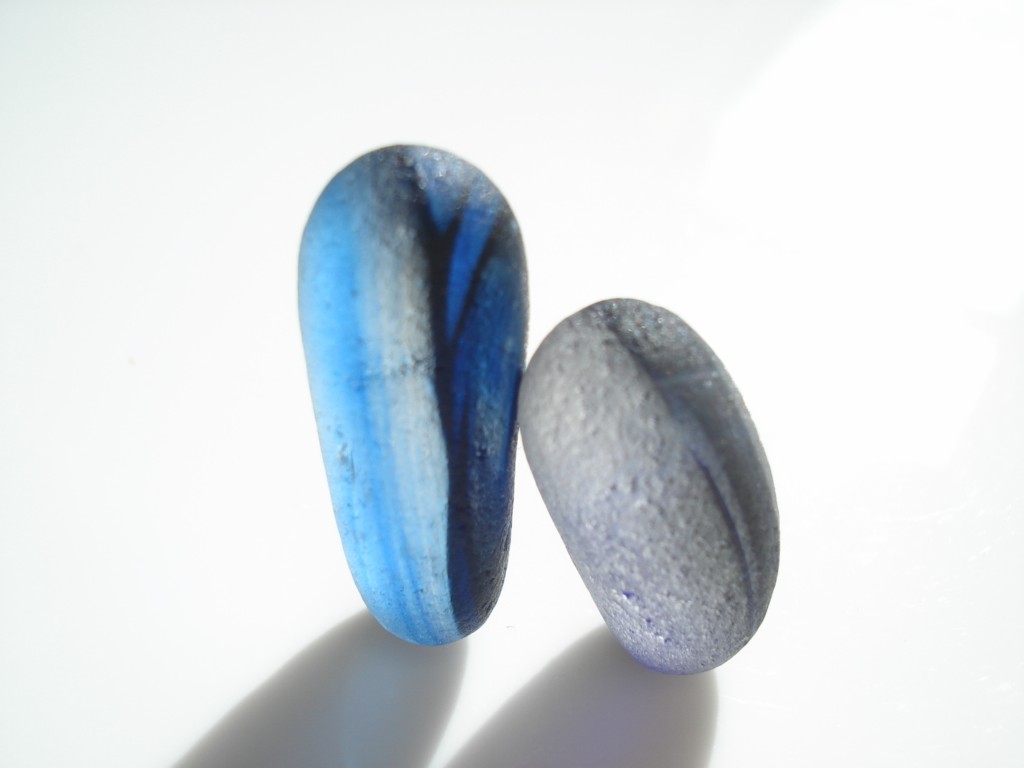 One of the types of glass being sought by collectors are the ‘End of Day’ pieces. A curious name for glass, but simply referring to the fact that waste glass was amalgamated at the end of a shift and melted into gobs of glass which were then hurled into the sea, adjacent to the old harbour in now Seaham Marina. As the harbour grew, it was dredged and the glass was carried out to sea a short way. Over the next century the pieces were broken against rocks, sea tumbled, smoothed, rounded, and slowly brought back to shore. The amount coming ashore is declining, but still surprisingly regular. Hundreds of tons of sea glass has been trodden into the beach and remains hidden. Seaham still has a lot to offer. 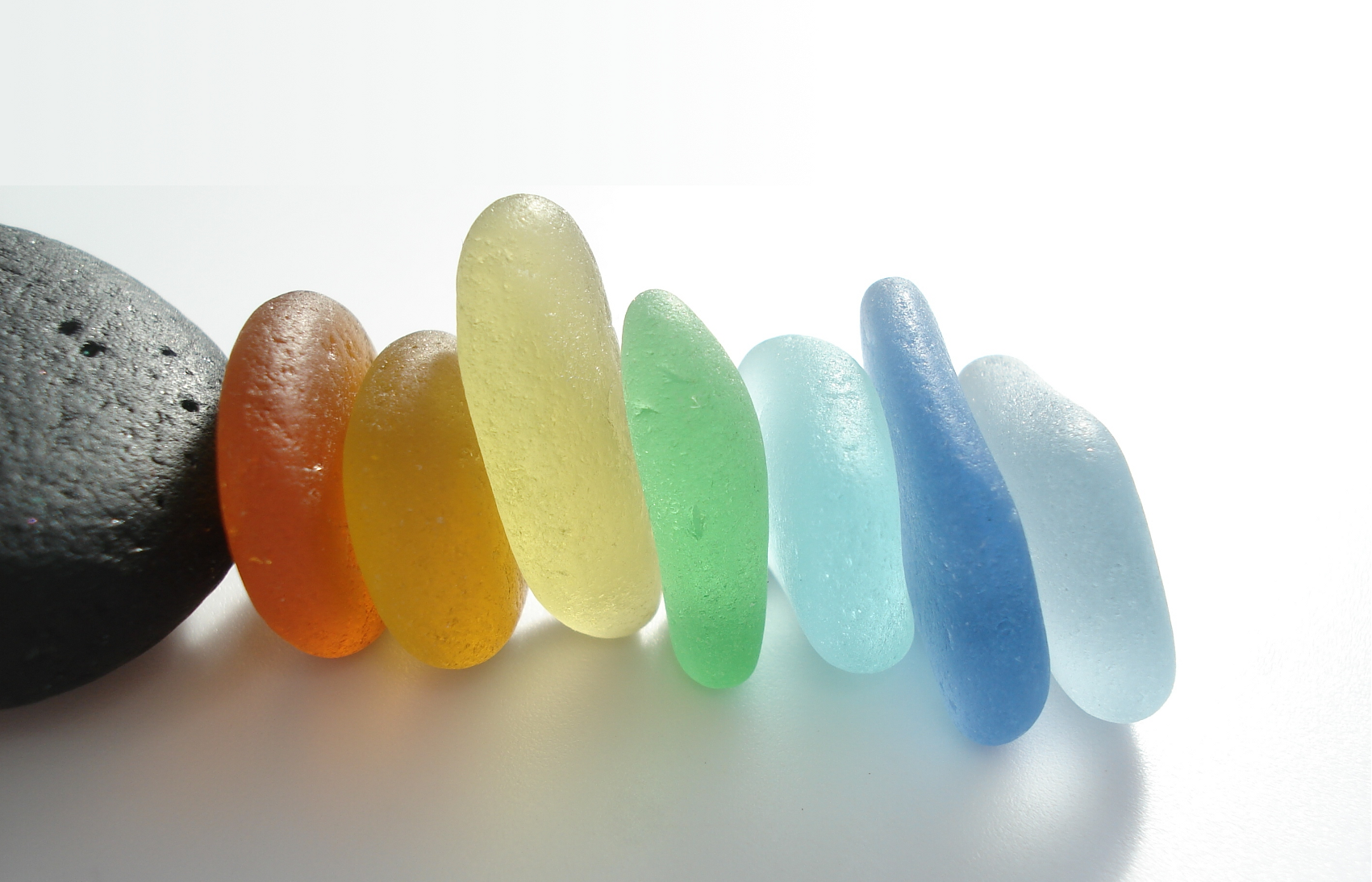 Colours of Seaglass by Paula Newman

The colour is the other aspect that amazes collectors. In the Victorian era, the desire for ever brighter colours, new colours and richer colours was being fed by the new science of industrial chemistry. Uranium was added to glass and had such a strange effect that it has become known as vaseline glass, giving off an eerie glow. Cobalt blue was in great demand for poison bottles following a trans-atlantic agreement on the colours of bottles for poisons, alkalis, acids, etc. Orange was used (for carbolic acid), as were yellow, red, bright green and more, all representing a different poison. Gold was the additive that made bright cherry red, and is now highly prized by collectors. Copper produced a gorgeous shade of turquoise, and strangest of all white glass was mixed with manganese to make it appear clearer and brighter, but after UV exposure, it changes to a delicate shade of amethyst. Over time, this will continue until the glass becomes a dark amethyst colour. 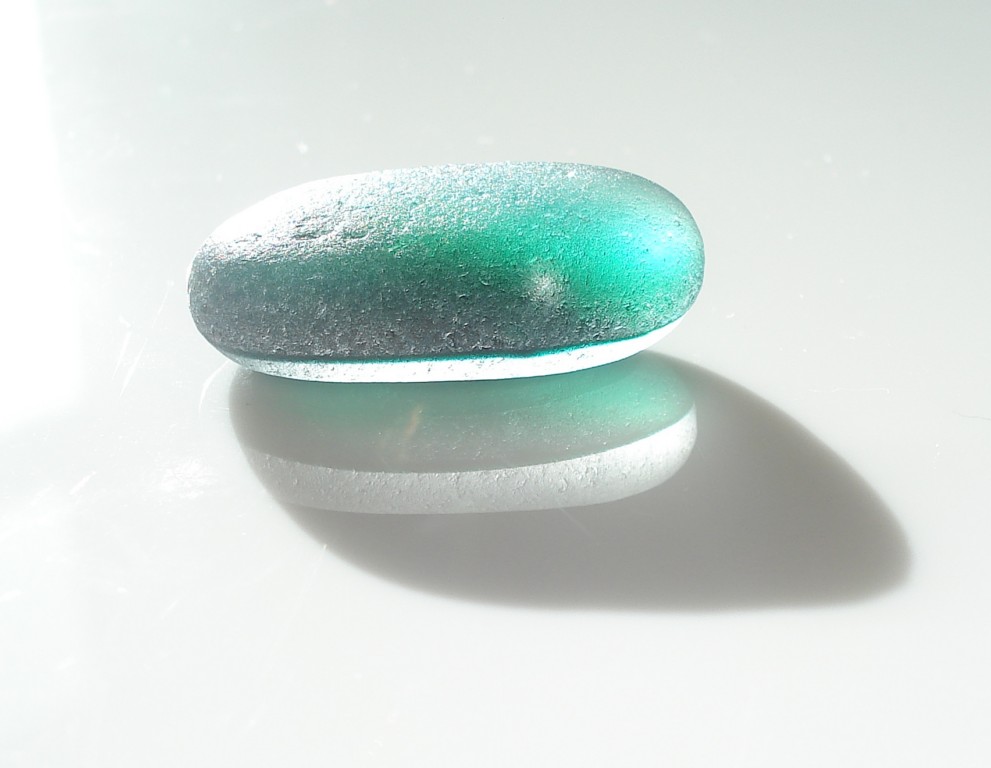 Of course the other reason for photographing these little gems is that most are too small to see their true colours and strange light effects. The ‘Green Flip Flop’ is about half the size of my little finger, the rainbow fan end of day piece is the size of a thumbnail. I had to learn fast about the art of macro photography, and still have a lot to learn, but I’ve upgraded the Sony camera I had to a newer one with far higher pixel count. My daughter is now seriously into photography, and comes with me to the beach but concentrates on the scenery. Between us we have discovered new delights in photography as art.

Now I’m about to hold my own Sea Glass festival, on board HMS Trincomalee in Hartlepool’s historic quay. I’ve invited collectors, sellers, makers and artists to come and share this love of sea glass, and of course I hope to sell some of these images to the anticipated visitors. You’re welcome to come and see what all the fuss is about. The details are on peblsfloat.blogspot.com!

So now when I find something rare, unusual or just gorgeous on the beach, it gets treated as a superstar, photographed relentlessly, and only then, if I can bear to part with it, does it get put up for sale. I even, occasionally, buy pieces from other collectors, if they’re from Seaham, with a view to photographing and archiving them. There is even a plan, call it a retirement plan if you will, that involves slowly leaking these images out one at a time, on products, using Zazzle.com, on greetings cards, posters, canvases, in fact any outlet I can find. What was a simple hobby is now my main business, my warehouse is the beach, with fresh deliveries twice daily, and a bonus harvest when there’s a storm.

Photography of the pieces now accounts for an ever larger proportion of the business and could exceed sales of the glass itself within a couple of years. This is reassuring as, with all photography, the image can be resold endlessly, where the tiny but valuable piece of sea glass can only be sold once. I am hoping to improve my abilities with time, and invest in a better camera, but for now I feel satisfied that I’ve found a niche that simply didn’t exist before, other than calendars made by groups in the USA, and galleries online for fans to enjoy.

If I’ve made you curious, then I’m happy to answer questions, or if you fancy venturing to Seaham, for a sea glass hunting experience, you’d be welcome. Simply email me at peblsrock@gmail.com or come and say hi on the Trincomalee!