Student artwork to be displayed at Lumiere 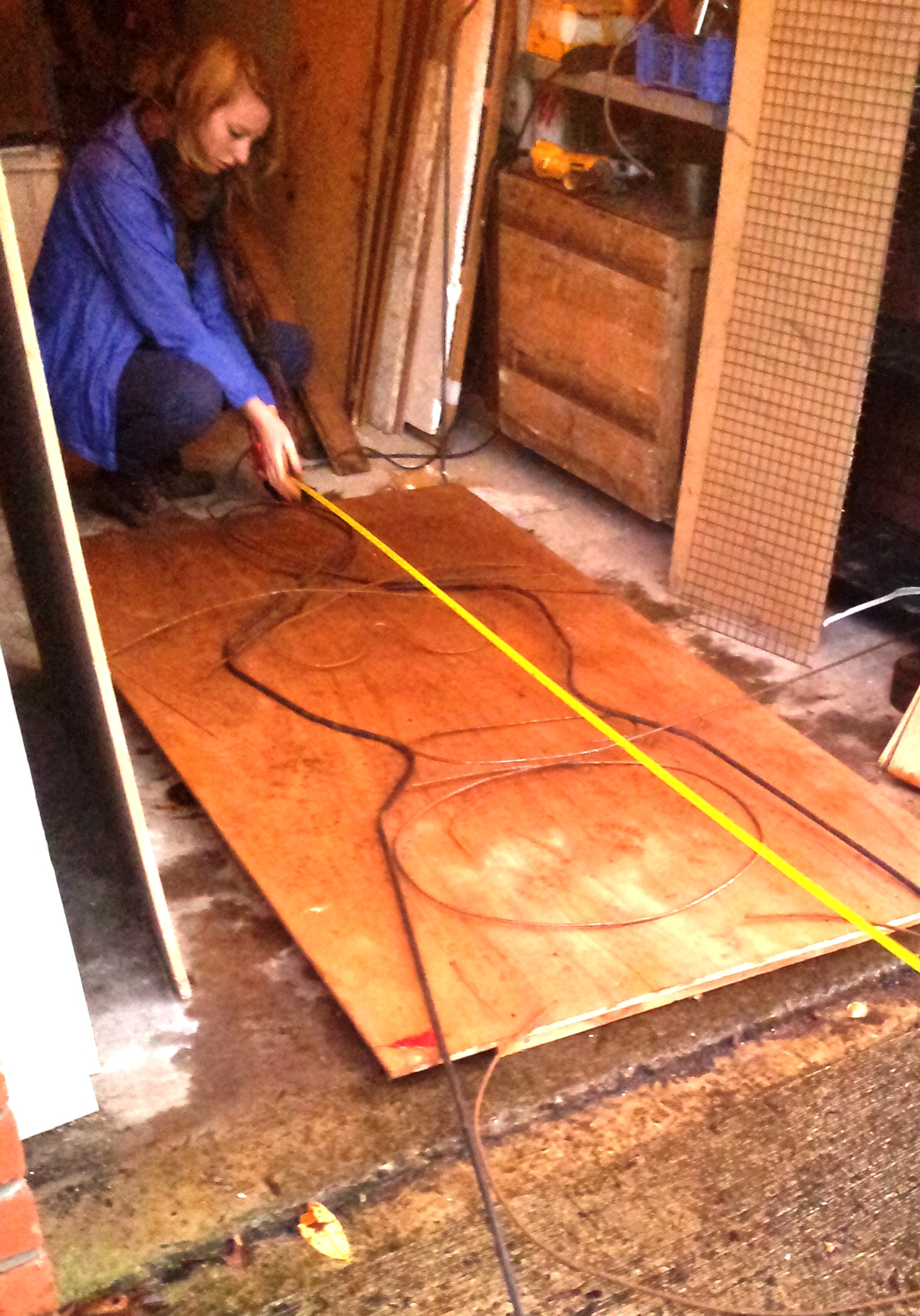 The work in progress…

It won’t be long before the Lumiere Festival returns this November to illuminate Durham City with four spectacular nights of ‘Light Art’. Every two years the city is transformed by a series of dazzling installations, sculptures and LED displays, created by leading artists from around the globe. The scale of the artwork this year is even larger, thanks to the support of numerous sponsors and partners, working in collaboration with the Artichoke Trust. It isn’t surprising that the festival attracts thousands of spectators to Durham, not least because of the stunning setting that the historic city provides. This year, Ross Ashton’s light projection ‘Crown of Light’ will undoubtedly draw attention to Durham’s fascinating past, using one of England’s most beautiful Norman buildings, Durham Cathedral, as the backdrop. Lumiere also focuses our attention on many of the less eye-catching corners of the medieval city, as well as gently prompting us not to ignore some of the pressing concerns of the modern day: Lumiere unites Art, Science and Technology to raise awareness for the environment in displays such as ‘Greenhouse Effect’, as well as portraying the negative implications of our materialistic society in ‘Consumerist Christmas Tree’. Perhaps it is the celebration of new creations and advancing knowledge that makes this event so exciting. Gina Czarnecki’s interactive projection of the human eye invites us to think deeply about the ethics of scientific advancement as well as creating a challenging topic of discussion on what it means to be human.

This year, students from Durham University will be at the forefront of a new independent project inspired by Lumiere, where they will actually be creating two installations themselves. Backed by the iconic castle walls, one of the light sculptures is inspired by the story of the castle ghost, who, it is rumoured, still haunts the Black Staircase. Whilst the other installation, a garden gnome, is to be located in the Master’s garden – a cheeky nod to the fact that this mischievous creature will find a home in a place where students are not usually allowed. Funding for this pioneering project has been raised by University College SCR member Goshka Bialek, a figurative artist well known internationally for her large-scale sculptures and glasswork. Bialek made her artistic presence felt locally in 2002, when she was the first artist since the sixteenth century to exhibit her impressive work at the centre of Neville’s Screen, next to the main altar in Durham Cathedral.

The installations for the student project are currently being created and assembled in Bialek’s studio in Durham City, where volunteers from all over the university will be able to add their own design ideas to the project, whilst learning the welding methods used in Goshka’s own unique artwork. Luckily, the project has several budding undergraduate engineers onboard, who will be adding their valuable touch to the dazzling display by taking on the responsibility for the ‘electrics’. Challenges are inevitable when facing a project of this scale and students must contend not only with the practicalities of hanging a two metre sculpture from the ancient castle walls, sourcing and installing battery-powered lights, but also with the harsh and changeable Northern climate. Despite these obstacles, the creation of the installations remains an engaging and inspirational task.

It is not too late to get involved. Anybody with an artistic eye who is interested in welding, sewing or construction can volunteer to take part, contributing as little or as much time as you wish (email Lizzie at e.r.dawson@dur.ac.uk). If university life has already filled every spare moment, be sure to come and see the finished installations. With winter approaching and the days becoming shorter, the spectacular artwork will undoubtedly bring a refreshing and uplifting glow to the cityscape at dusk.