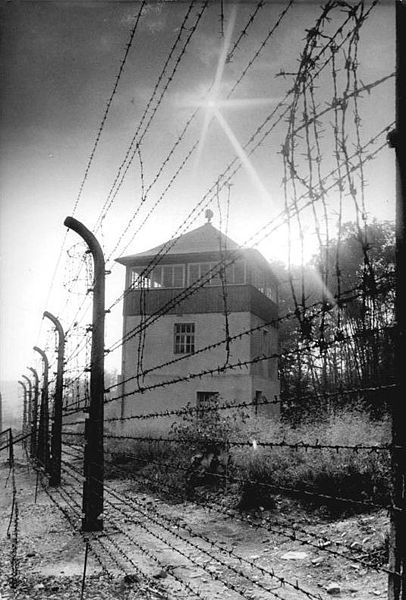 With the 70th anniversary of the Battle of Britain, World War II has been on my mind. This, in turn, has got me thinking about the power that photographs have in giving insight into how events were understood by those who lived them.

“Those who experience history and have a share in its making rarely see the enduring threads but only the whirl of exciting and quickly forgotten details.” Konrad Heiden’s words about the rise of the Nazi Party resonate with what I consider a key role of wartime photography: photographs help to capture the whirling and the quickly forgotten. While the people in front and behind the lens are caught up in the tides of time, the camera’s shutter freezes those details for posterity. Granted, a photograph is but a split second in time and space judged worthy of capture by one person. Yet one singular frozen moment can come to represent something far beyond itself; photographs can represent the feeling of a group or generation. Even an entire nation. In short, they have the potential to be transformed into symbol or metaphor.

There is a profound power in that. This potential is no doubt shared by other art forms (painting, cartoons, poetry and fiction spring to mind). But to me the perceived objectivity of photography sets it apart from these other media. The confines of this article will not allow for a discussion of that objectivity, but suffice to say that we tend to take it for granted that most photographic images correspond to the objective world. Simple counterfactuals demonstrate this: had the scene before the camera in fact been in the slightest way different – had it been a sunny day rather than a cloudy one, or had the subject been wearing a bowler hat and not a cap – the photograph produced would have been bound by its optical-chemical mechanism to reflect these changes.

I would suggest that along with this perceived objectivity comes a sense that the tie between photographer and photograph can be severed more easily than the tie between, say, poet/poem or artist/painting. That is, because the rendering of the lines and tones in a photograph does not directly involve the creator’s intentional states, there is a sense in which the image can feel more like an independent entity. It seems far less mediated, and hence less likely to be distorted for personal ends. The photographer, I usually assume, has not intervened to exaggerate the extent of the wreckage here, or to play down the expression on the soldiers’ faces there. My assumption might, of course, be false. But this intuitive trust nevertheless has a role to play in my perception of the photograph.

I want to briefly examine three photographs from WWII in light of this power, and consider the varying messages they potentially communicate about the public feeling behind events.

W. Eugene Smith’s photo of Iwo Jima, Japan is somewhat iconic, a cropped version making the cover of Life magazine in April 1945. The most striking aspect of the photograph is in the contrasts – between the softness of the billowing smoke and the jaggedness of the dead, bone-like trees; between the deep carbon-black tones in the smoke and the stark white of the sky; between the force and immensity of the explosion and the diminutive fragility of the crouched soldiers. Indeed, with the soldiers’ almost foetal posture and pale helmets that could count for bare heads, a comparison with newborn babies would not, I think, be too left field.

What understanding of the war does this photo convey? To me, it sums up humanity’s place in a scene of utter destruction of its own making. In a setting where a dark cloud quite literally hangs overhead and the life all around is dead or dying, all the men can do is cower. Furthermore, the only movement one can sense in an otherwise static image is the shrapnel being propelled through the sky – a bitter reminder that mere seconds after the photo was taken, the scene grew even bleaker.

The next photograph I would like to consider is a portrait of a man scarred by the Hiroshima bombing, by an anonymous photographer. Unfortunately I am yet to locate this photograph online, but for a similar depiction of keloid scars, see this photo.

The portrait is beautiful and powerful in its simplicity. The man’s posture is so unassuming and calm – his arms extended in front, his hands resting on his lap in a relaxed fashion, facing and fixing his gaze on the camera. Though my eyes are initially drawn to the man’s serene expression, I am led almost immediately to the acknowledgement of the lumps and shadows that mar the smooth skin of his body. There, claw-like around his wrists, gripping his collarbone and clinging to his chest are keloid scars, indelible reminders of the brutality of atomic warfare. The different textures are highlighted expertly; the black background meaning that the subject’s skin becomes like a new canvas on which darker tones and textures interact.

If there is a certain fragility suggested by the scars and part nakedness, this does not reach to the man’s face. He seems subtly resilient, but without any defiance or bitterness. An inner strength shows through in spite of the frailty of his flesh, or perhaps in spite of the frailty of human flesh in general. This is the message that this photograph conveys to me about the events of Hiroshima. Though it cannot touch on the overwhelming sense of grief and devastation caused by the atomic bomb, it can speak of the powerful human spirit exhibited by those who survived.

The last photograph I want to look at seems to me the most disturbing, and most controversial of the three – Margaret Bourke-White’s photograph from Buchenwald concentration camp. Indeed, the slideshow on the Life magazine website does not display the photograph automatically. Upon clicking next, one is greeted by a warning: “the photo behind this screen may be disturbing to some viewers”. I should think it is disturbing to all. Looking at it certainly makes me feel both sickened and chilled to my core. I must acknowledge, however, that it is the reality of the subject that makes me feel this way, not the fact that someone has captured it on film.

In fact, though it must take an extraordinary disposition to enter into such a place and to go about taking photos, I am grateful that Margaret Bourke-White was able to do so. How true is the text that accompanied her pictures upon their publication, “dead men will indeed have died in vain if live men refuse to look at them”. This refusal, of course, is as much a part of the photo as it is a part of viewers’ response to it. The image is practically split in two: the right side containing a sight no one should ever have to see, naked and emaciated corpses piled up, heads and feet crushed together without dignity; the left containing a young woman who walks by, her hand raised to shield her eyes from the sight. I empathise with the girl. I am convinced that if I should ever encounter such a thing my reflex would be exactly the same – to tear my eyes away immediately. But the photograph questions that reflex. What is it that we are trying to achieve? Is it the mere sight of death and decay we are trying to sweep under the carpet, or is it what these bodies mean, what their existence implies about human nature? If it is the latter, then the photograph’s message seems to be one of condemnation. By being so direct in its display of the bodies, it seems to be trying to convince its viewers to act differently to the girl. We ought to confront, not deny the death in the image and all of the consequences that come with it.

Three distinct and powerful messages, all shedding light on some facet of the human response to war and its atrocities, all mere frozen details trying to communicate to us their role in the enduring threads of which they are a part. To me, it is this communicative power that makes them not only great examples of war photography, but great examples of photography in general.