The Power to Enlighten: the symbolic power of light in art & religion

Each year, Durham’s very own Oriental Museum helps celebrate the Hindu festival of Diwali. However, In terms of spiritual significance and recognition Diwali is not limited to Indian Hinduism, but celebrated across various religions of Eastern origin, namely Jainism, Sikhism and in some cases Buddhism. Concerning the notion that light means to represent such things as happiness, prosperity, purity and piety, it seems also relevant that we should question its role in the origins of establishing religion itself. Furthermore, light is used symbolically in all visual mediums, with art and photography being some of its dominant worshippers. If we begin to explore both the technical and psychological ways in which light is utilised by the arts and religious symbolism, the meaning and intentions behind their creations may be illuminated in some of the most striking ways.

Light might be said to express the moment of creation; in the Bible, God gives light to a world of darkness and from there all else manifests and comes into being. In terms of artistic creativity, if we look to the Impressionists and their process of painting, we too could relate the body and central force of their pictures to the sources of light they encountered. The serenity of plein air painting was a routine for Monet in order to capture streams of light in their fluid motion and moment. Light, in the Impressionist tradition, was almost an added character or subject matter to that of the painting’s title or physical subject. Through the application of light in their paintings, the Impressionists constructed live-action pictorial analogues of nature via methods which were innovatively abstract for their time. Monet’s Autumn Effect at Argenteuil (1874) is a notable example of the significance of light, and furthermore its dominant force over the composition of the whole work. Penny Huntsman offers an insightful analysis of the painting in her book Thinking About Art:

‘Light is of unprecedented importance in this work: light disintegrates form and alters colour; light, together with the rapid application of paint, is also the means through which the sense of a fleeting and particular moment in time is conveyed’ (p.134) 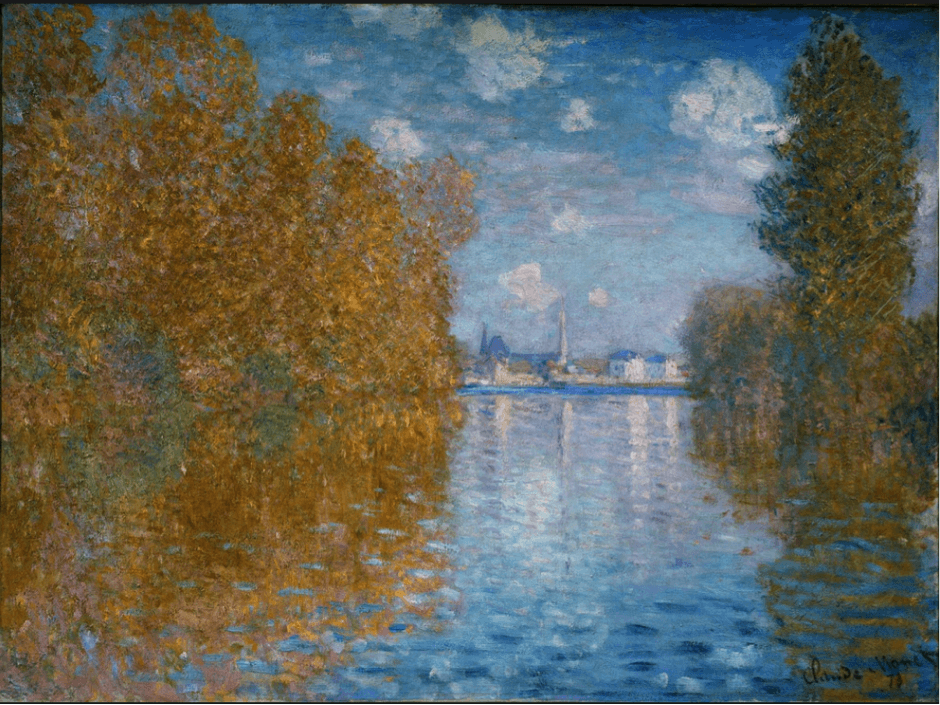 Visual light, as a source of creation, may also be seen to extend further in the context of a spiritual light. Religious inspiration has and continues to be a predominant stimulus for creating countless artworks, both Academic and avant-garde in practice. Throughout history these influences have radiated through both the narratives and formal elements of paintings. To begin with, we may look back to periods of history in which religious institution dominated the production and ownership of art. The church, the temple, the mosque, any variation of a centre of religious worship, has exhibited art in ways that are both explicit and majestic. The sacred values of metals, particularly gold, in an aesthetic and artistic context are due to their brilliant reflective quality and capacity to emit light, bathing its worshippers with the sense of some sort of transcendental power.

In February 2015, my school took a small group of students to Russia, and whilst touring around Moscow, we visited the Church of Christ the Saviour, an Orthodox Christian cathedral. This experience affected me to an extent I had not expected; granted, it was a bright and sunny day, but the sheer expanses of light which were reflected from its ‘onion’-shaped domes which made up the roof were breath-taking. Without holding any real religious conviction, myself, I was very much moved by sight of the church as well as the physical experience of being beneath it. We were indeed, consumed in huge pools of light, and were literally blinded by the glittering lights emulating off the golden-clad domes. The shape of these domes themselves, are based on the form of a candle-flame, another version of a light-source which allegorises the temperament of our lives; ever-changing and flickering, and gone within an instant. The fullness of body in the domes portrays the fullness of life, which at the centre (within what the domes physically frame) is the believer’s faith and God’s force. On reflection, this is another magnificent example of effective technical employment of light in terms of artistic and architectural design, this time used to fulfil a purpose of emanating perhaps a direct form of religious experience as the believer enters into the house of God. The architectural and the religious are combined by design – the material and the spiritual united in the name of art and worship. 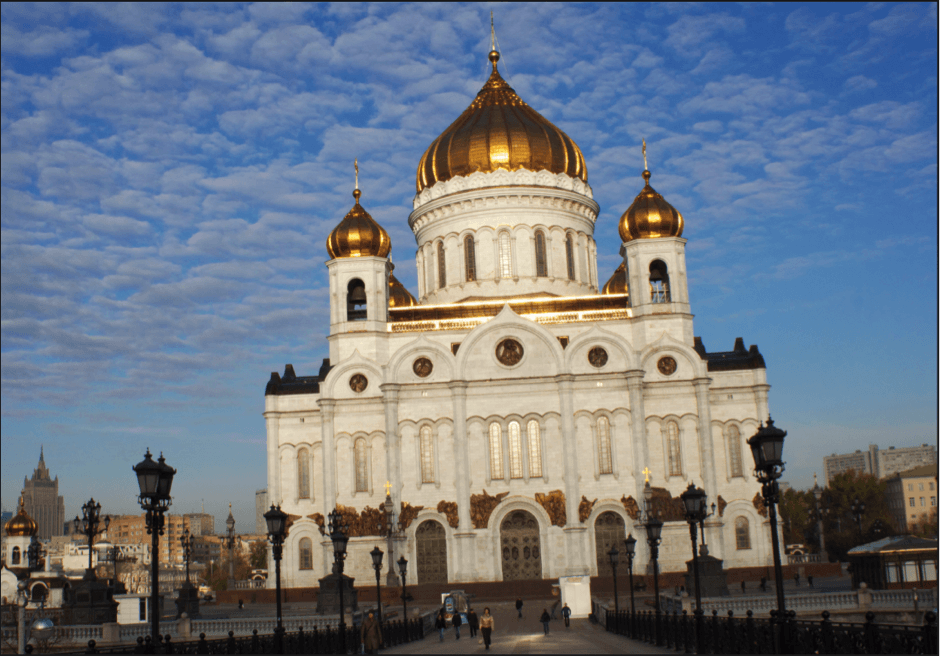 Church of Christ the Saviour, Moscow. Sourced via Flickr

Without delving too deeply into the philosophical implications, Buddhism and its various branches of the tradition offers another aspect of light being evocative of spirituality, religious auspiciousness, and a precious force within the natural world. For example, in the myth of the Buddha Shakyamuni’s birth, his mother experiences a dream in which a white elephant touches her pregnant belly with its trunk. This symbolic act incorporates the associations of the colour white with purity, reverence and as a sign of an auspicious event – in other words, a sort of blessing or omen to the future life she carries. One of Buddhism’s most distinctive teachings is end goal of enlightenment; a purity of wisdom that embodies understanding of complete selflessness which allows the achiever to transcend the material, false world and enter into an immortal state of spiritual perfection. This accomplishment over darkness and the negative forces is depicted through imagery bursting with colour, brightness and natural imagery. The Buddha’s own analogy of the universe being like a candle’s flame in its transitory nature again allies light with life and action. 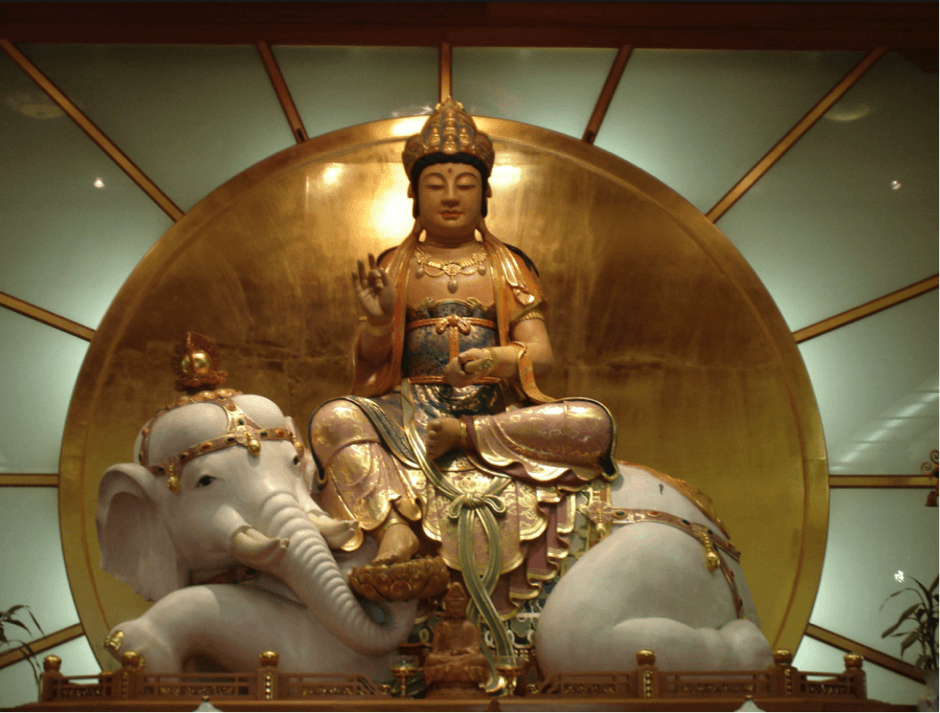 I myself have had the great opportunity of studying all of these subjects, and had the chance to explore their art, symbolism, and significance to their diversity of audiences. Light, as a natural element, has forever been admired and recognised as a significant symbol in both religious and creative practice. The carefully considered materials, techniques and compositions which designers and artists have selected in order to create their chosen effect, proves how highly they regard light as part of making their creations successful and meaningful. Light affects us; our mood, our sight, sometimes even our body temperature (if we stand in the sun, or are ‘warmed’ by the colours we see). Biologically, everything needs light to a certain extent, and so it is in many ways intrinsic to life itself. Since both religion and art seek to encapsulate and celebrate life, and worlds beyond it, their devotion to light is both necessary and rewarding.