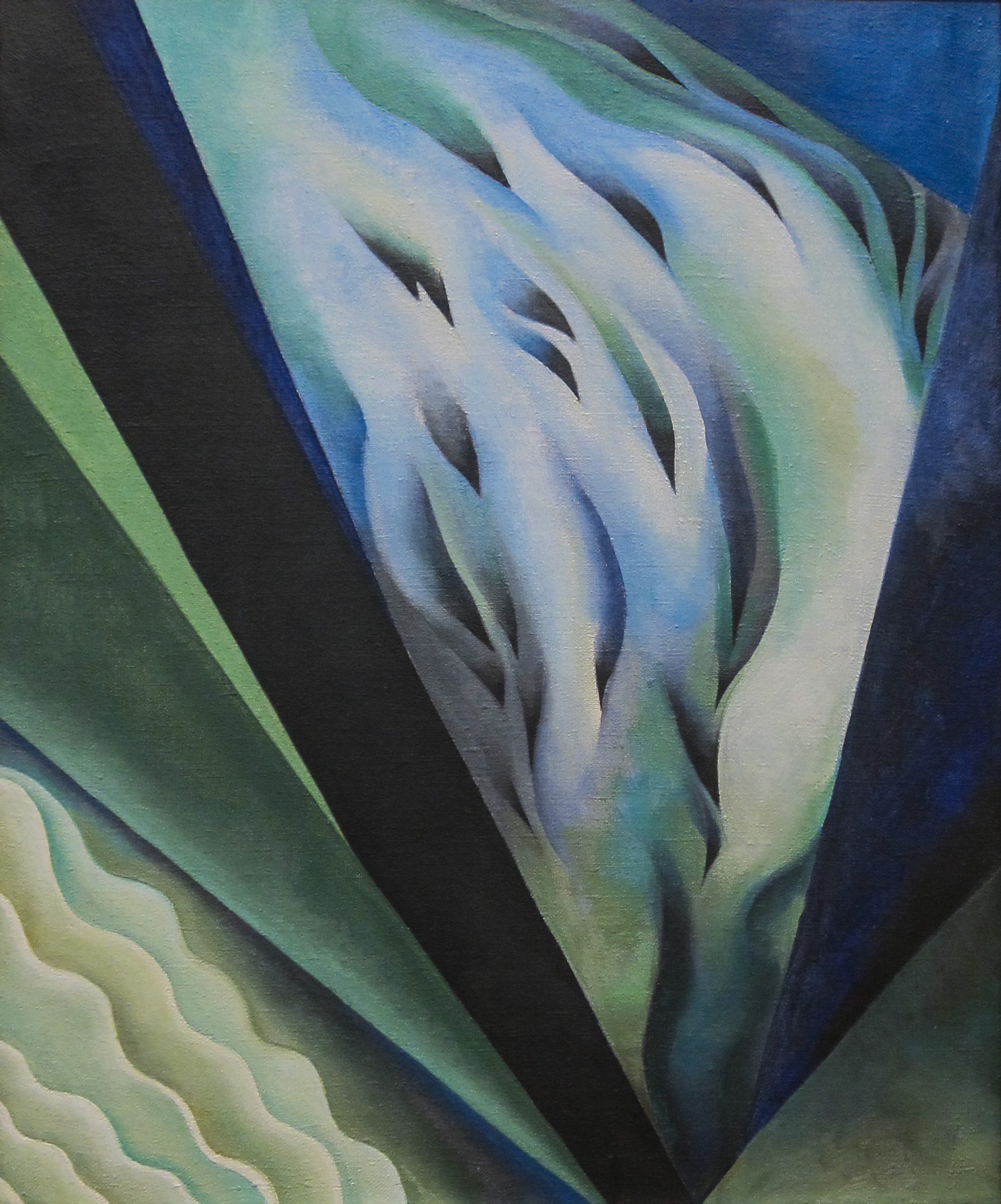 As January continues, we will undoubtedly hear the phrase “January Blues” uttered with excessive frequency. Of course, these kinds of blues bear negative connotations; the thought of them instantly brings to mind feelings of deflation, misery, and gloominess. In the art world, however, blue has been the inspiration behind many paintings – even whole periods of work – and has been used to infuse such pieces with a wide variety of sentiments and ideas.

In the history of art, blue has been, without question, one of the most important colours on the palette. For French painter Yves Klein, however, blue was a particularly inspirational colour. Klein’s work Blue Monochrome (1961) takes the form of a 195.1 x 150 cm cotton on plywood board entirely and solely dyed with Klein’s original pigment of blue, now known as “International Klein Blue”. Klein’s piece comes at a transitional period, when the boundaries of modern art were being pushed to their extremities, eventually leading to its evolution into postmodernism within the same decade. The visual style of this work, in which only one unmixed colour is employed, is known as “monochrome abstraction”, which is definitive of the extreme modernism of Klein’s artistic repertoire. Yet, although Klein clearly worked intensively in order to develop a new, modern aesthetic, critics have suggested that Klein’s use of monochrome abstraction has a more profound purpose. The vibrancy and sense of purity of Blue Monochrome seems to encourage the viewer to partake in deep contemplation and, indeed, Blake Gopnik has claimed that Klein’s use of International Klein Blue, in particular, is Klein’s attempt to capture “transcendence” in his work. Of course, as the colour of the earth’s expansive oceans and the infinite sky, it is clear to see why Klein chose to use blue as the subject of this piece; one could spend years contemplating what exists beyond the vast swathes of blue on our planet.

Arguably, there has never been an artist more inspired by blue hues than Pablo Picasso. One of the most famous phases of Picasso’s artistic career was his “Blue Period”, which took place between 1901 and 1904; paintings of the Blue Period are distinguished by their dull colours and overwhelming use of eerily dark blue tones. In this case, it is for the gloomy associations born by this colour that Picasso used blue so prolifically at this point of his career. The Blue Period is thought to have been born out of the grief that Picasso experienced following the death of his close friend, Carlos Casagemas, in 1901. The Old Guitarist (1903–1904) is a characteristic work of Picasso’s Blue Period as it captures the despondency and rather morbid mood of this phase in the artist’s life. This painting portrays an aged blind man draped in torn, ragged clothing playing the guitar in what appears to be a sparse and quite confined space. The portrait format – along with the contorted positioning of the man’s limbs, head, neck, and shoulders – add to the sense of confinement and entrapment in the piece and further develop the macabre atmosphere, which is evoked by the dull blue and green tones employed in the depiction of the subject; the disconcertingly dark colour palette is also suggestive of the feelings of pain and misery endured by the guitarist.

I would argue that one of the most innovative uses of blue in twentieth-century art comes in the form of Georgia O’Keeffe’s Blue and Green Music (1919–1921). In this synesthetic work O’Keeffe evokes what she perceives to be the visual rhythms and colours of a musical melody through a palette of varying shades of green and blue. Combining strong, straight lines depicted in bold and dark shades with wispy, wavy lines in lighter, pastel-like tones, O’Keeffe creates a visual image of an intricate piece of music and the impression it leaves on the human mind. The choice of blue in this work, I believe, is particularly shrewd, as it is a colour which can invoke different ideas and sentiments depending on the way it is mixed; for example, a bold, dark shade could be employed to evoke an unsettling, even menacing atmosphere – perhaps representative of a heavy, deep bass line – while a mellower, lighter shade can create a sense of peace and calm, which could possibly indicate a higher, more aerial melody in the treble clef.

Despite our casual and flippant association of it with feelings of misery, sadness, and the dull and dreary month of January, blue has almost certainly given us more cause for delight in the vast array of paintings inspired by the various aspects it can assume and through its ability to profoundly affect both the artist and viewer in a variety of different ways. Alongside O’Keeffe and Klein, artists such as Hokusai, Monet, and Matisse have shown that this colour can evoke great beauty, dynamism, and vivacity, and, rather than suggesting a long and miserable month ahead, can be interpreted as a doorway into an optimistic and very vibrant future.