‘Carpe Diem’; ‘Live for the now’; all standard attempts of self-motivational-spontaneity-encouragements we have heard time and again, and which many of us consider a fantasy to achieve in our modernised world. Fantasy, however, occupies none of the desires of Alex Katz. For this indigenous New-Yorker, the present is everything.

What he and his paintings embrace is the constant, forceful, revolving momentum of change in the modern world. They saturate the realness of the present, containing all that they are and without the capacity to speculate beyond their own pureness of being. These are large, flat, imposing pieces which, like the present, are easily passed and unattended to the common eye. But when we stop to seize the moment, the paintings seize us.

“To me, the surface is where the whole thing is” 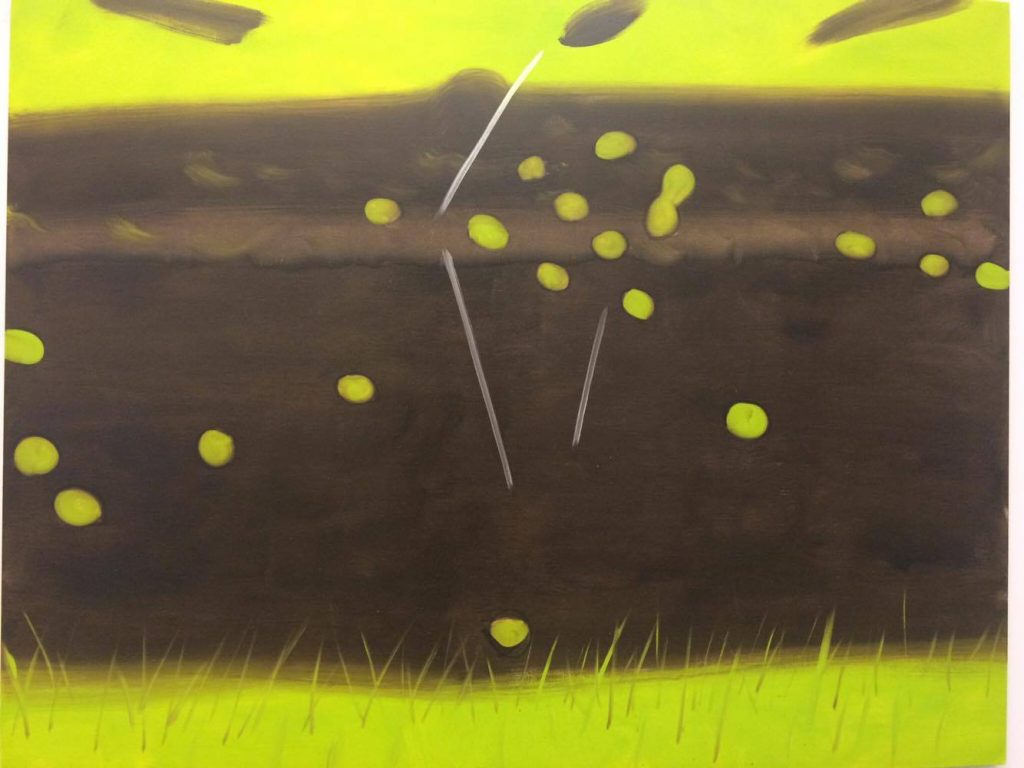 His paintings, and portraits in particular, appear to merge abstraction with accuracy. Independently his own style has developed over decades of laborious routine and study. The intensity and discipline of his practice – painting for up to six hours a day, and taking a jog as a way of breaking from work – offers an image of an artist reserved from the extravagance of the avant-garde. His style occupies a sort of liminal space in between that of radical abstract expressionism and striking pop art, though this is not to say that Katz’s work is anything less than either of these genres. His most recent works show how he has perfected an elegance of technique in painting. They are quite naked; colour and line are mapped out, but without a defined outline, are left unrestricted, a feature that draw us into the real depth of the picture. The sheerness of the paint’s finish envelopes us and our eyes – one feels consumed as though being swallowed up by vast pools of warm orange and yellow. Yet, whilst colour is ‘clear’, paradoxically there lacks a clarity to what is behind the story of the painting, an always much sough-after element. However, Katz’s strenuous painting practice is not devoted to constructing meaning. It is the quest for achieving appearance; light, skin, fabric, nature. Nothing of how or why they are, but what they are in their absolute.  Is not that it lacks anything artistic, but that it is neither obvious nor outspoken, existing in its own space whilst also expanding outwards beyond the canvas and into the world from which it was originally sourced.

“the style of New York… when you look out, it’s the most uncivilised place in the world.”

Born into America’s age of Depression in the late 1920s, Katz was introduced to an extreme form of human nature that was urban in its aesthetic but primeval in its behaviour and emotions. Each painting by Katz evidences how susceptive he is to the energy of life, something he consistently refers to in interviews when asked about his motive and method of putting paint to canvas, a thing that requires both physical and mental energies of its own. His ‘arm painting’ technique is, in the artist’s own terms, inherently “muscular”. As Katz explains, “they have an image and they can’t stop, you keep moving on them” (Interview with Alex Katz by David Sylvester, March 15-16 1997, alexkatz.com/bibliography). In the same sense, modernity as a condition of existence, is infamously unstoppable. This draws from the same motive found in the violent splatter actions of Pollock, but equally echoes the seeping sense of space created by Rothko. It is, put simply, active picture-making. Yet with its own developed mechanism of sketching, drawing and painting, the flat ‘surface’ therefore contains a number of layers both of pencil and pensiveness provided by the artist. There is a profound sense of pace in the way Katz thinks, paints, and organises his work. His work has a lively composed consistency, without accommodating specific formulas, but unveiling the patterns and complex harmonies between himself, his media, and his subject. 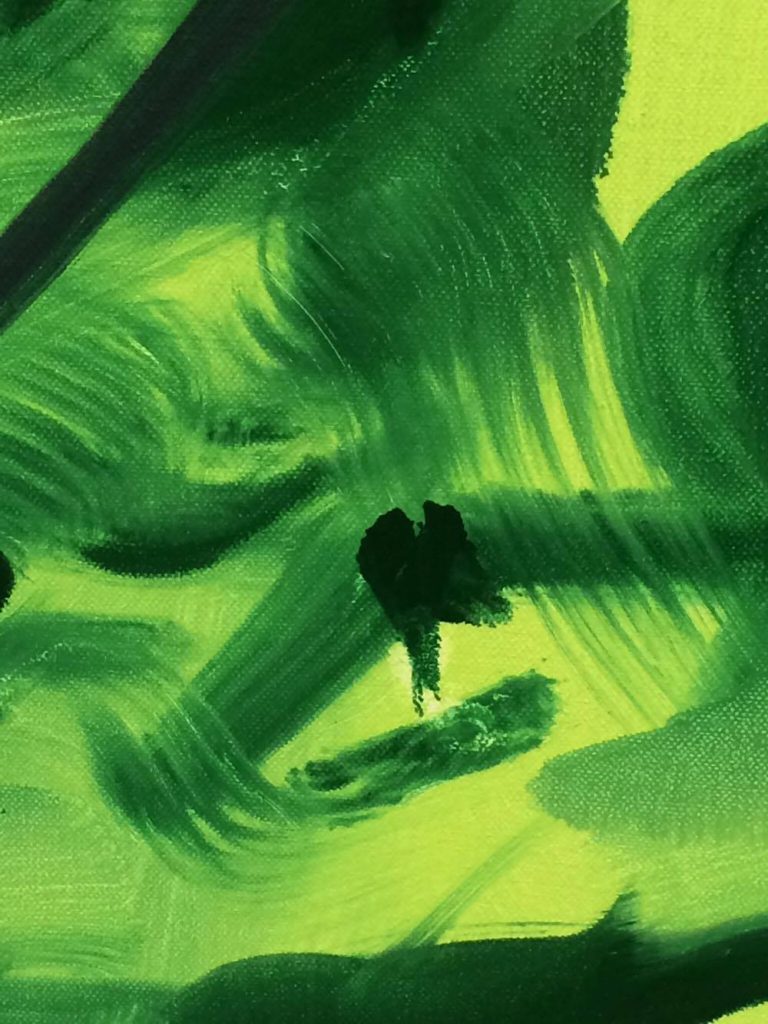 “the thing I’ve found is that the subject matter is the outside light. This is the thing that got me inside myself and that’s the thing I’ve been holding on to… the brush strokes are not conscious at all.”

Katz’s compositions strike out at their audiences with an immediacy which mimics that of light upon the retina, the instant reaction which allows us to see. It is an exaggerated exposure of an individual instance. For example, his works titled ‘4pm’ and ‘7pm’ seek to capture the state of the world and light at those precise times of day. One could argue that this was derived from Impressionism, indeed Katz lists Cezanne as a key inspiration for him, going against the status quo of the ‘modern’ artist who ought to be inspired by their immediate predecessors. But inspiration is as indefinite as the present, made clear in Katz’s progression as an artist, and the incentives behind his work which have evolved throughout his exceptionally long career. He is the master of wielding sight, sense, and natural phenomena together in order to create the purest appearance of things in our world.

“there is no narrative in the immediate present, it’s all sensation.”

The simplicity of two-dimensional flatness is indeed deceptive. Katz’s manipulation of this form in fact seems to reveal light to its greatest extent. Without a great deal of shading or diversifying colour, their plainness allows their tone and natural light to pour out of the surface. There is no demand to look ‘behind’ the picture for a story or embedded sentiment. All we are asked to do is ‘look at’ the picture, which unlocks itself and allows us to ‘look in’ to it momentously. It is a form of meditation, a practice of engaging with our own unconscious and allowing this to take over our conscious brain which would immediately seek to rationalise and organise what was in front of our eyes. Katz’s method is even more meditative; according to him, one of the aims of his practice is to discover and utilise the parts of him which are unknown, so that the responsibility of laying paint upon the canvas lies with instinct: ‘“the formulization (of the painting) is unconscious… It’s a perceptual manner of painting that’s the constant factor.”’ (Interview with Alex Katz, by David Sylvester (recorded March 15-16, 1997), alexkatz.com/bibliography). 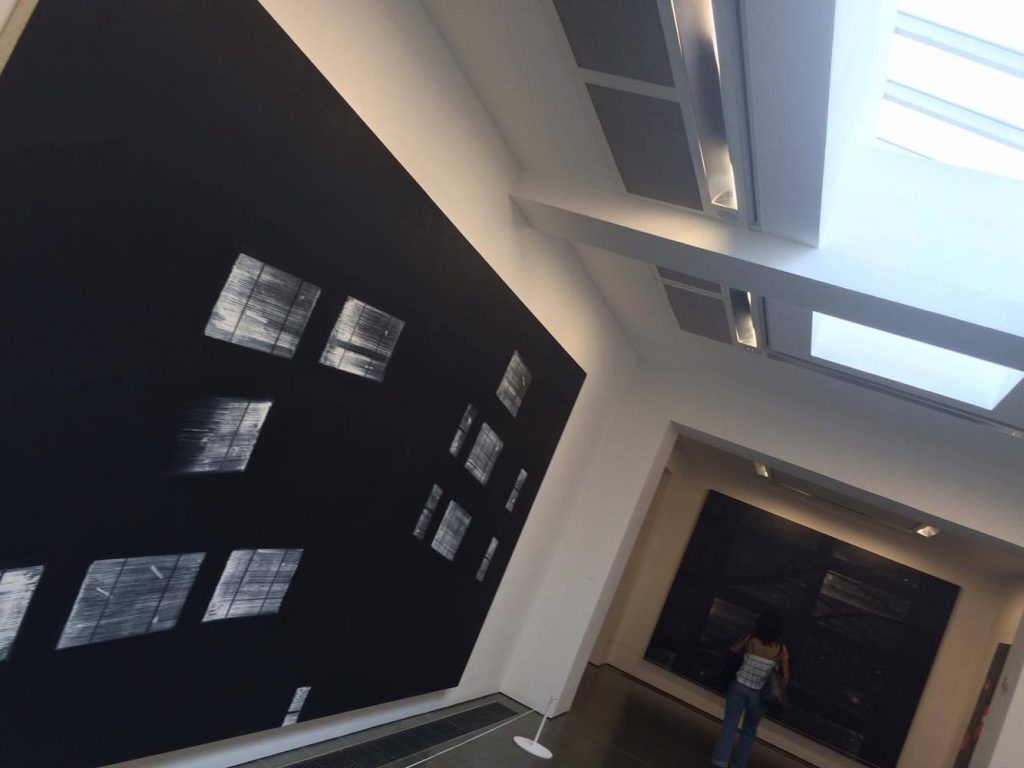 Author’s own image, at the Serpentine Gallery (London)

The scale of Katz’s work deserves some consideration too; they are boldly ‘larger-than-life-size’, in much the same habit as his artistic contemporaries in 1950’s America. It is another allusion to his dependence on impulse and action in his paintings; 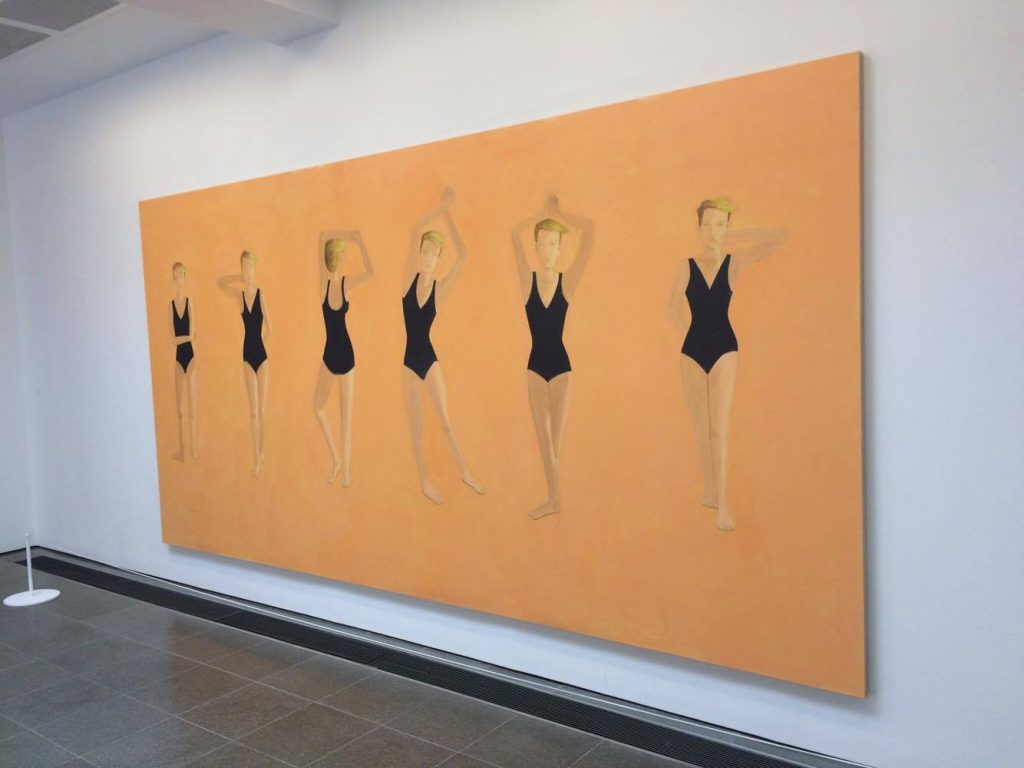 “The size and content of art should be determined by the artist’s needs. It is the most practical way to get at art.”

– Starting Out, by Alex Katz (alexkatz.com/bibliography/selected_articles_and_reviews).

‘Getting at’ art is Katz’s whole purpose. Through accessing it, he aims to reveal and represent a sight of something regularly seen in an entirely new light. Katz is strictly practical, strongly devoted, frank and direct about his work and life. He admits his faults whilst being able to admit and explain plainly his successes. He is both relentless in practice and contemplative in his theory. His continuous progress of development, experimentation, and embracement of the life of the present, makes him and his work exceptionally modern and, perhaps ironically, timeless.