In 1994, the world of art became a bit smaller. Donald Judd, the founder of minimalism (although he never believed in labels), unfortunately died due to non-Hodgkin’s lymphoma in Manhattan. What he left behind is truly remarkable. His work is still relevant while he continues to be one of the greatest that ever existed.

Donald Judd was born in Excelsior Springs, in Missouri, on June 3 in 1928. He served in the army and during the late 1940s, slowly made his first steps towards the field of painting. He first began his career as an engineer but then continue to Columbia University to earn his degree in Philosophy. At the same time, he attended classes at the Art Students League of New York and worked as an art criticist from 1959 to 1969.

His first exhibition in New York at the Pandoras Gallery was full of expressionistic abstract paintings. From expressionism, Judd slowly moved to sculpture. Metals, plywood, and concrete were his essential equipment. His work was characterised as simple and minimalistic. While he moved into sculpture, we can see that painting influenced his work on a large scale. He is the artist that did not restrict himself, challenged himself through his work, and tirelessly worked. His work started fascinating more and more people and Judd was shaping the art scenery forever. Apart from sculpture, he moved into furniture and architecture. His work has been included in more than 200 solo museum and gallery exhibitions worldwide.

The “boxy objects” as he called them, transformed the identity of the Western aesthetic experience. He could foresee the change, the future. He insisted on watching every single artwork not as it is but always in the relation of the environment that it was incorporating. His radical ideas shaped not only art but also the field of architecture and design. In 1964, with his essay “Specific objects” published in Art yearbook 2008, he introduced the new image of an artwork where there is a continuous investigation in the real three dimensions space, using everyday materials and a great interest on shapes. After this article, he started looking for people in sheet metal fabrication that could further help him on the making of artworks. That was a great introduction to art as back then, artists were doing the art on their own, without assistants. Donald Judd was truly a pioneer! 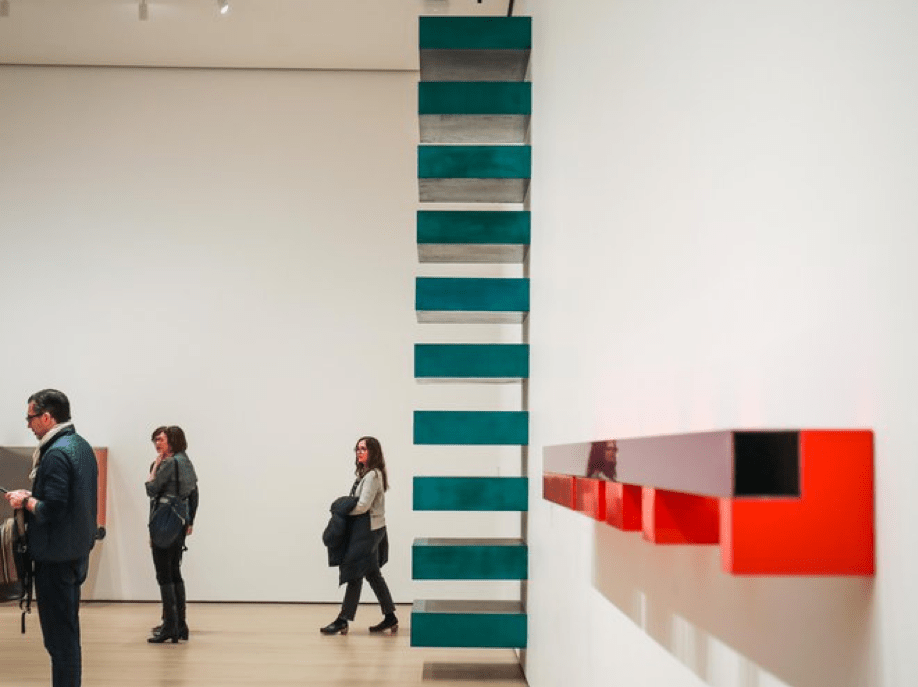 After numerous exhibitions, ideas, and texts, in April 2019, it was announced that MoMA is going to be doing a solo exhibition for the remembrance of the artist.

While MoMa, has been representing the artist and his work for a long time now, an actual exhibition on his lifetime work was something everyone could not wait for. The artist could now be seen through the eyes of his artworks. From a live exhibition, Judd moved into a Virtual Exhibition because of the pandemic. This did not stop MoMa and maybe the exhibition brings a different aesthetic when done virtually. In that way, everyone worldwide can admire and check the work of this great artist. Although this appeared as a disappointment for many, I feel that Judd is still a momentous virtual experience that cannot be missed.

If you want to learn more about the exhibition you can also visit: