Five Contemporary Women Artists You Need to Know About 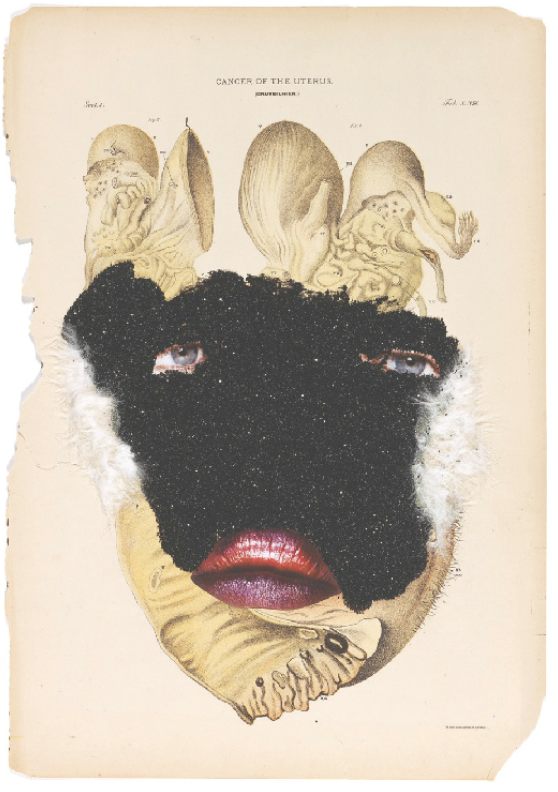 It would seem that the days of the traditionally androcentric art world are past and (at long last!) the future certainly looks bright for women artists of all ages, backgrounds and disciplines. Women are rapidly beginning to dominate the contemporary art scene across the world within various different forms; employing such different kinds of media that it is difficult to single out only five to highlight. However, the following artists are particularly exciting in how they often employ traditional media but manipulate it in a distinctly modern way in order to both explore new visual aesthetics and tackle contemporary issues.

Oxford and Central Saint Martin’s graduate Van Essen obtained her MA in Ceramics and Glass from the Royal College of Art in 2012, and now works in London. Van Essen made a memorable appearance on Channel 4’s Four Rooms in 2013, presenting a selection of works from her collection of ceramic vessels ‘Medical Heirlooms’ to the four dealers. This is an incredibly interesting series which seeks to challenge contemporary beauty standards, therefore hitting us square in the face with the most grotesque aesthetics, which are side-effects of hereditary diseases. One of the diseases featured in this series is psoriasis, which is depicted particularly skilfully through the artist’s use of a pink-red porcelain base to create the notion of exposed skin, and a veneer of white paint on top of this which is so delicate that it cracks and flakes of the surface of the main vessel, evoking a facsimile of the broken skin which is a symptom of this illness.

Born in Kibbutz in 1983, Zemer Peled is an Israeli artist currently based in Helena, Montana. She is also a Master’s graduate from the Royal College of Art and her work mainly works in sculpture and installations. The intriguing qualities of this artist’s work is primarily created from the original medium she employs: Peled’s sculptures are created using multitudes of porcelain shards, which are painstakingly assembled to create works which are simultaneously incredibly beautiful in their delicacy, and thought-provoking in their intricacy. ‘Pair by the Sea’ is a particularly interesting series of Peled’s; in these works the artist has developed two entwined foetal shapes, through her assembly of hundreds of morsels of blue and white porcelain, whose bodies appear to be gently brushed by the sea breeze. The simplicity of the shapes of these beings seems to speak of the delights of natural pleasures, and the purity of love and companionship.

Originally from Nairobi, 43-year-old artist Wangechi Mutu now lives and works in New York. Having practised art since the nineties, Mutu’s career has been steadily flourishing throughout the 2000s and 2010s and has exhibited in cities all over the world. Mutu’s signature collages are created using mixed media and in the past have included everything from fur, glitter, packing tape, and vellum. Her work explores national identity, notions of culture, issues relating to colonialism and womanhood. ‘Cancer of the Uterus’ is one of several works which speaks of the fragility of the female condition in contemporary life and in physical illness: out of a Victorian medical diagram of cancer of the uterus, a distinctly female disease, Mutu crafts a woman’s face which is covered in thick, black glitter, which simultaneously seems to refer to the destructive spread of cancer, contemporary ideas of female beauty, and the historical relationship between Africa and Europe.

Lalla Essaydi was born and brought up in Morocco but now works in Boston, MA and lives in New York. Essaydi’s work is inspired by personal reflections on her childhood in Morocco and Saudi Arabia and the Islamic culture in which she grew up. Her works attempt to challenge Western ideas of Islamic culture and women, particularly the often misrepresented notion of the harem, which in reality is a room reserved only for women. Her 2005–6 series: ‘Les Femmes du Maroc’, consists of a series of photographs of young women in a harem, which Essaydi presents as a peaceful, comforting space where female relatives can enjoy one another’s company.

While working as Exhibitions Manager at the Fitzwilliam Museum, Cambridge, Durham Anthropology graduate Mella Shaw practises ceramic sculpture. Shaw’s most recent work is concerned with tipping points and many of her sculptures are carefully crafted in order to make them balance at unusual angles; her 2013–14 series ‘Thresholds’ is decidedly postmodern and consists of sculptures made from small ceramic links which have been assiduously assembled to make their balancing point so minute that the works seem to levitate in mid-air.