For those of you who haven’t yet experienced the wonder of Durham University’s Oriental Museum, you can find it by wandering past the library, science site and hill colleges of South Road and turning right, onto Elvet Hill. Tucked away, opposite Van Mildert College, you will discover a museum that contains historic collections of ‘The Orient’. This is an area not defined by geographical boundaries, but in the context of Durham’s museum, covers a vast geographical range from North Africa to South East Asia. 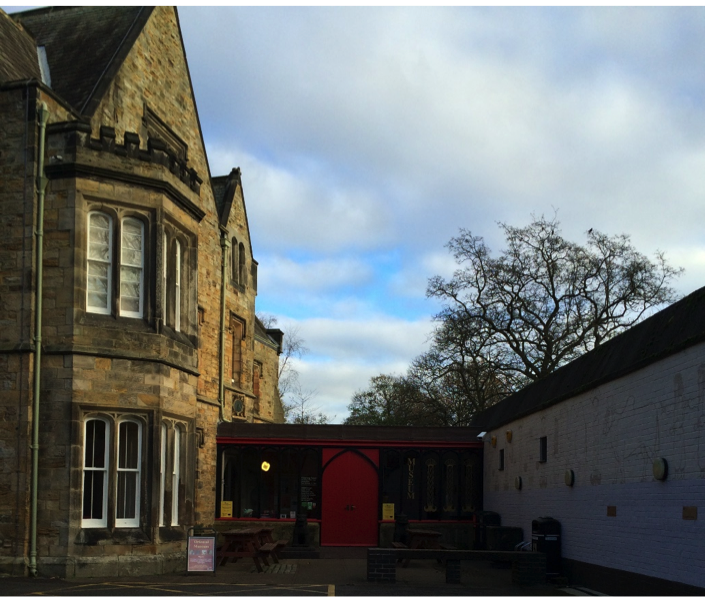 Making my way up South Road after a 9am Shakespeare lecture, the Autumnal breeze and cold air invigorating my senses, I was experiencing what seemed to be a distinctly English start to my Thursday morning. Yet as I arrived at the Oriental museum, I was immediately reminded of the presence of international culture and history that Durham University gifts the city with. The Oriental museum is recognised as having its origins in Durham’s teaching of Oriental languages, which have been studied here since the University was founded.

For the last 18 months curators at the museum have worked with the North East Regional Group of the Northern Potters Association to produce new works of Art that, as a collection, form the ‘Oriental Inspirations’ exhibition.

The School of Oriental Studies at Durham was officially founded in 1951. The first Director, Prof William Thacker, stated that it was ‘An Oriental School which aims to teach the cultural background of the oriental peoples must have a museum at its disposal.’ Professor Thacker believed that students of Oriental languages needed to learn beyond the language and literature of their chosen discipline. Contrastingly to the pursuit of international culture, the Northern Potters Association is primarily concerned with the cultivation of local culture and skills through the works of artists of the North of England in the production of sculptural, functional, fine art and decorative studio pottery.

The 20 ceramicists from the North East Regional Group of the association, whose works make up the Oriental Inspirations exhibition, used aspects of the Oriental museum’s collections of textiles, painting, calligraphy, sculpture and ceramics as stimulus for their creative works. 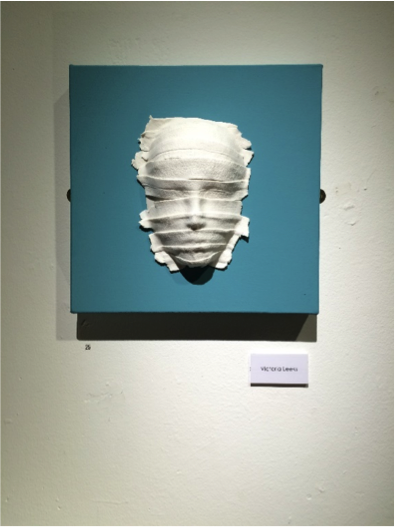 I feel that the works of the exhibition draw together the essence of preserving the world history of the museum’s contents whilst also promoting the continuing formulation of ideas inspired by the artefacts within the museum.

The inspired blending of local skill with ideas of centuries old international artefacts really gives a viewer of the exhibition the idea of forward movement and communion of academic and creative ideas. The NPA succeeded in fashioning a diverse range of pieces, which hold a rich sense of artistry in the way that they acknowledge the historicity that inspired them, whilst also being impressive contemporary pieces in their own right produced in a present day context.

The Role of the Oriental Museum is noted to have changed over the last 50 years. Originally solely intended to support academic departments ranging from Archaeology, Anthropology, Geography, and Theology, the museum is now open to the public seven days a week, attracting almost 30,000 visitors per year. Therefore, as the museum has adapted for different purposes thus developments have been made to accommodate a range of visitors. 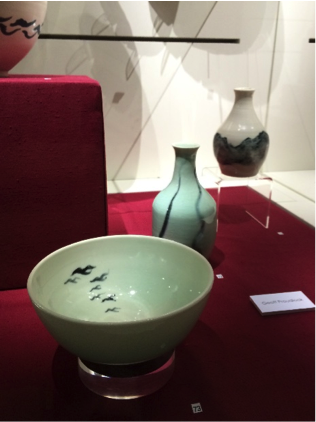 I spoke to one of the custodians of the museum: Alison Percival. She explained that the exhibition had been ‘really popular’ and that ‘a varied range of people’ had come to the museum ‘specifically to see the exhibition’. Alison also told me that earlier in November the Potters themselves visited the museum and held talks about their works. Alison’s particular favourite piece in the exhibition is Rosemary Hodge’s turquoise/black raku vase, the piece stands 37cm tall and has a wide base and narrow neck- Alison noted that she found the glaze on the piece to be particularly effective.

The reworking of traditional designs in the works displayed is a fascinating and engaging demonstration of skill on behalf of the present day Northern artisans. They show a strong capability to merge original ideas with the influence of Oriental artefacts of the past to create some truly impressive work.