On 1st April 2016, as a result of increasing financial pressure, the existing DLI Museum will close to the public. I was keen to visit the site while I still had the chance – despite this being my fourth year at Durham, my visit to the museum and gallery last week was my first. The building is a little out of the way, situated behind the train station, roughly a ten-minute walk from the centre of town. For those with a couple of free hours between now and the end of term, I would highly recommend paying a visit. Not only is it the perfect excuse to take a break from work, it truly is very interesting.

The primary focus is, as one might expect, the Durham Light Infantry; the art gallery consists of just three rooms on the top floor, each housing a single exhibition. The first room exhibits Cath Campbell’s Canary yellow with royal blue, a rather mesmerising multi-screen installation documenting the American landscape. Each film is a collage of amateur travel videos taken from the online video-sharing website, YouTube, with the dialogue – translated automatically by Google – displayed in subtitles at the bottom of the screen. As the gallery describes in its handout, the resulting mistranslations “provide a disquieting and poetic quality to the narrative.” Through the collection of videos, Campbell imitates an American road trip – the clips are ordered in a way that follows a geographically realistic route.

The title of the piece is taken from a description by Tony Willard of the location of the 1955 Six Gallery Reading, a poetry event led by a group of radical writers who later became known as Beat Generation: “3119 Fillmore stands in the middle of block’s west side, canary yellow with royal blue awnings, black flower boxes full of exuberant geraniums at the second-story windows.” (http://www.litkicks.com/Places/SixGallery.html) Jack Kerouac, as a founding member of the group, was in attendance and it is clear that Campbell drew great inspiration from his work, On the Road (1957), a novel in which he documents his travels across America. The novel is written as a “stream of consciousness” and this style is mirrored in Campbell’s unbroken stream of videos, which jump from one scene to another as thoughts or memories might. The lines of dialogue are similarly unpredictable and come across as unedited thoughts. There is great variety among the chosen clips: quintessential cinematic American landscapes are interwoven with close-ups of people, chatting, laughing and completing everyday tasks. The dialogue hints at the context and the thoughts of those filming and being filmed, but much is left to the imagination thanks to the frequently nonsensical nature of the text. For instance: “moment this morning to you have beat the storm down by” does not mean much on its own, however – coupled with the snowy black-and-white image that accompanies it – it takes on a whimsical and quite beautiful tone.

The second room contains a project by Hellicar & Lewis, a craft, design and technology studio founded by Pete Hellicar and Joel Gethin Lewis that designs “experiences over a variety of mediums that put the user first.” (http://www.hellicarandlewis.com) Their piece, Musical Chairs, invites the visitor to be “inventor, musician, conductor, game changer” and to “Move around and discover how your body can alter everything.” (http://www.hellicarandlewis.com/musical-chairs) Designed with children and families in mind, it is a fun installation, where the visitor interacts with the piece by sitting on a chair, touching a button on the seat and activating a sound. Unfortunately, not all the buttons were working when I visited and so I did not get to find out what happens when two people sitting next to each other hold hands. The piece was commissioned as part of the Generation Tour project, which is comprised of four exhibitions created with the aim of inspiring people of all ages. At the core of the exhibition is the concept of cross-generational communication, which is reflected in the individual chair designs that replicate the popular styles of various time periods. 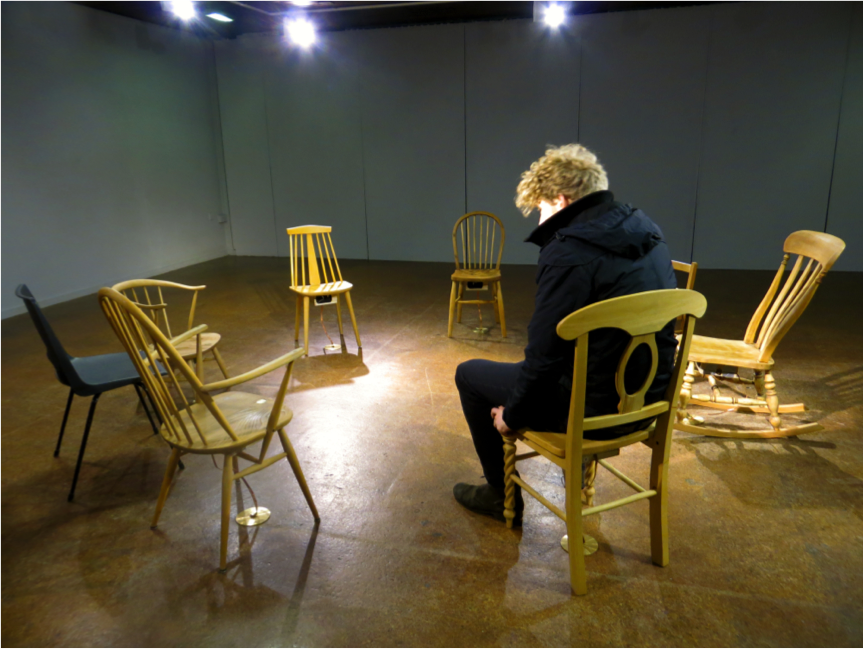 The third and final room of the gallery is the smallest, containing two sculptures from Cath Campbell’s series Postcard Monuments (2014): Postcard Monument #2 (Lake Wales, Florida) and Postcard Monument #3 (Niagara Falls illuminated). Simultaneously simplistic and delicate, the sculptures are composed from vintage panoramic postcards of popular American tourist sites. These cards have been physically manipulated by Campbell to create forms reminiscent of modernist architecture.

Venturing downstairs, the museum accommodates two floors dedicated to the experiences of soldiers during both world wars. Here, too, although I did not expect it, there is art to be found. The museum displays a generous collection of Trench Art, which, misleadingly, is a term that does not only refer to artwork produced in the trenches. However, much of what the DLI museum has on display does, in fact, date back to the First World War and depicts experiences from the trenches. Particularly interesting are the paintings created by Lieutenant Colonel Gilbert Ormerod Spence from the 5th DLI Battalion, who – according to the information plaque – “produced over a hundred paintings, which together represent almost every phase of life of a battalion on active service.” 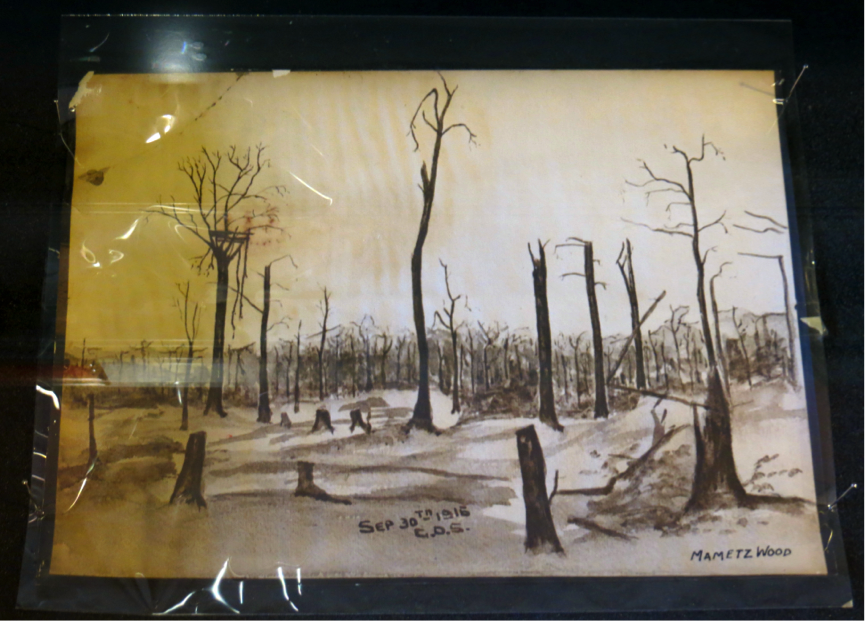 His paintings, although not perhaps the most technically impressive, have a definite chilling beauty to them and are certainly demonstrative of the museum’s claim, “Among the misery and chaos of war, people have always managed to produce beautiful things.” To think of the horrors that the artist experienced – Spence led his men through some of the most horrible battles, including Ypres and the Somme – and to imagine experiencing the scenes that are depicted so carefully in his work gives them an extra level that few pieces can claim. His almost childlike style of painting, in fact, does not detract from their impact but contributes a certain innocence that contrasts uncomfortably with the nature of the work. The last day on which the public can visit the DLI Museum and Durham Art Gallery is 31st March. Following this date, attempts will be made to find alternative – most likely temporary – exhibition spaces. Arrangements have been made to work with Durham University to open a semi-permanent exhibition in Palace Green Library from July 2016. Unfortunately, however, much of the museum’s collection faces storage. Therefore, if ever you have considered visiting, it is imperative to do so now before the opportunity passes.