Artichoke’s Lumiere festival returns to Durham for the third time 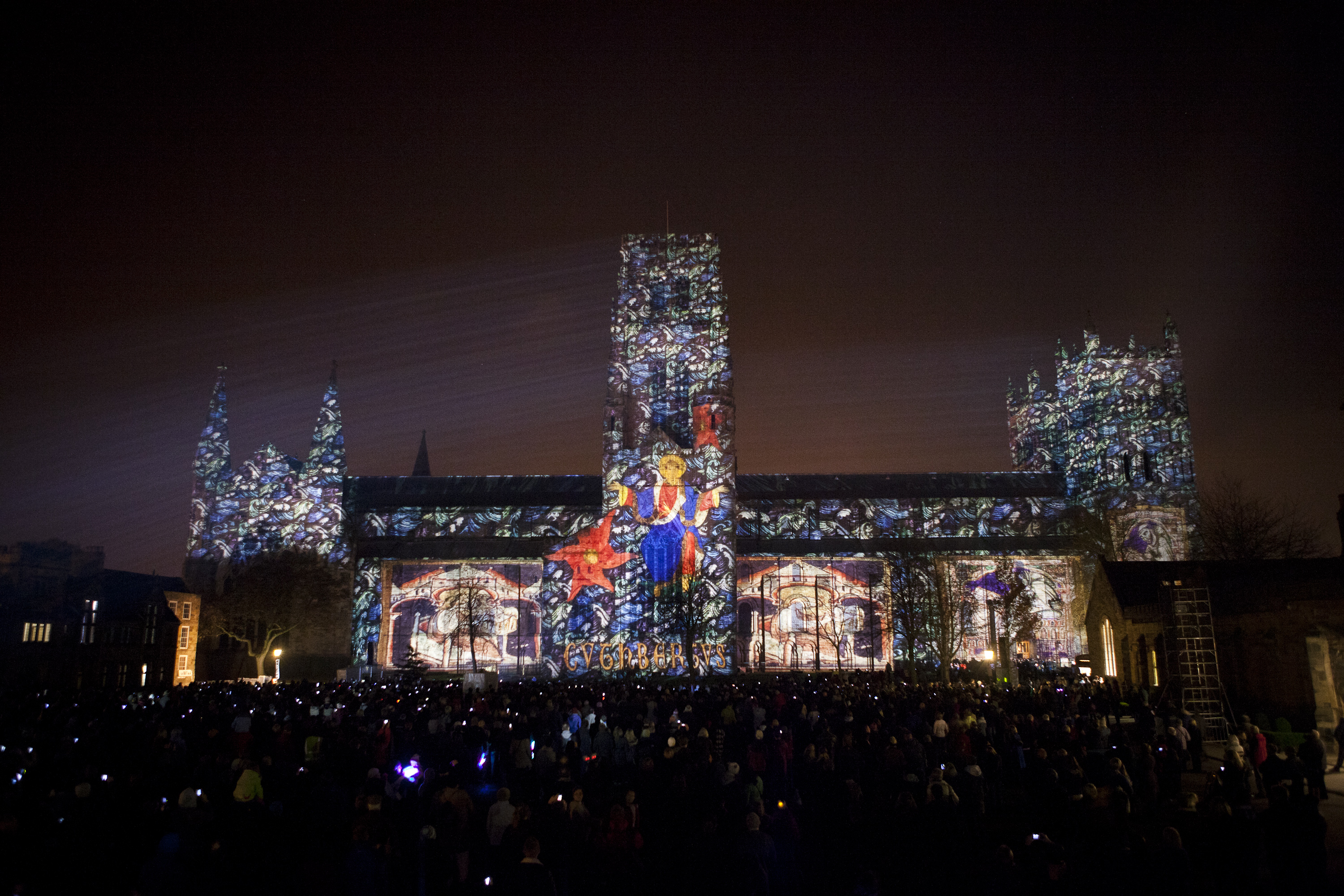 This November will see the city of Durham undergo a dazzling nocturnal transformation once again as registered charity Artichoke Trust returns to stage a third ‘edition’ of the hugely successful Lumiere light festival. Still glowing from the huge triumph of the 2009 and 2011 events, preparations are being made to illuminate the city with no less than 27 innovative installations of light art, from a range of previously unimagined perspectives.

Scattered over Durham’s landscape, these commissions, envisioned by an eclectic mix of community organisers and both high-profile local and international artists, will breathe new life into both the unmistakable and more faded symbols of the rich heritage of the region. St. Oswald’s churchyard, the Castle, the Market Place, the Cathedral with its nave and cloisters are just a few among the many sites of historical significance to be bathed in new light this winter by bespoke ethereal light sculptures and stirring projections. Perhaps less obvious locations to stage installations will include the Crown Court Gardens, North Road roundabout and The Sands, where visitors will explore and be entranced by a glowing dynamic dodecahedron, a colourful collection of iridescent and seemingly functional watering cans, and the faint echoes and dimly-lit memories of an abandoned fairground…

Lumiere’s moving celebration of Durham’s architectural, cultural and historical worth will culminate once more in Ross Ashton, Robert Ziegler and John Del’Nero’s centrepiece, ‘Crown of Light’ (pictured above). Revived by popular demand, this grand-scale projection and accompanying soundscape will, in 2013, constitute the spectacular finale to the roaring success of the Lindisfarne Gospels exhibit held in Durham over the summer months. Tens of thousands of visitors will again flock to glimpse the contents of the historic book in the context of the festival, its ornate images projected onto the grandiose Norman canvas of the Cathedral.

The remaining, and by no means less dazzling array of light artists commissioned by Artichoke will adorn the more recent additions to Durham’s urban landscape with their installations. Durham’s three Park & Ride sites will play host to the world’s first stained-glass car windows – the inspired creation of Twist Design, one of the four successful winners of this year’s Brilliant Scheme, a renewed initiative that invites those artists currently residing in or originally from the North East to submit their own light-based artistic projects.

From mirrored optical illusions at the Gates Shopping Centre to a faithful simulation of the Sun reproduced 100 million times smaller at the University Science Site, Lumiere Durham 2013 will lead visitors far beyond the limits of normal perception. Interactive exploration of light is a key feature of this years festival and is brought to the forefront by Gina Czarnecki’s pioneering adventure into the fusion of science, technology and art, titled ‘I’. Consisting in a giant-scale projection of the human eye onto the exterior of the Bill Bryson library, Czarnecki’s dynamic installation invites visitors to add to the light artwork by using the latest scientific technology to make a scan of their own iris to be projected. The University having worked to secure funds for the festival from the Arts Council England, this particular project is a further example of a unique Lumiere collaboration – here between academics and artists – biophysicist Professor John Girkin of Durham University having played an instrumental advisory role in the development and realisation of this particular creative vision.

In addition to highlighting the technological avances of the modern age through manipulating them into works of art, light sculptors of this year’s festival will, through their installations, urge visitors to reflect on and not just ignore the burning issues of today. Four-wheeled fluorescent ‘greenhouses’ of artificial plants will be parked along Old Elvet to raise environmental awareness through prompting visitors to reconsider their toxic dependence on cars. A parallel thought-provoking, ethical focus is also to be found in Spanish artist Luz Interruptus’ nine-metre tall ‘Consumerist Christmas Tree’. A symbolic, conspicuous challenge to the materialism and wasteful consumerist habits of our society, the eco-friendly artwork will be created from over 3,000 plastic bags donated by the public and will remain at the Prince Bishops Shopping Centre for the duration of the Christmas period before being recycled. To get involved and donate, go to http://www.lumiere-festival.com/durham/take-part/we-need-your-plastic-bags!/ 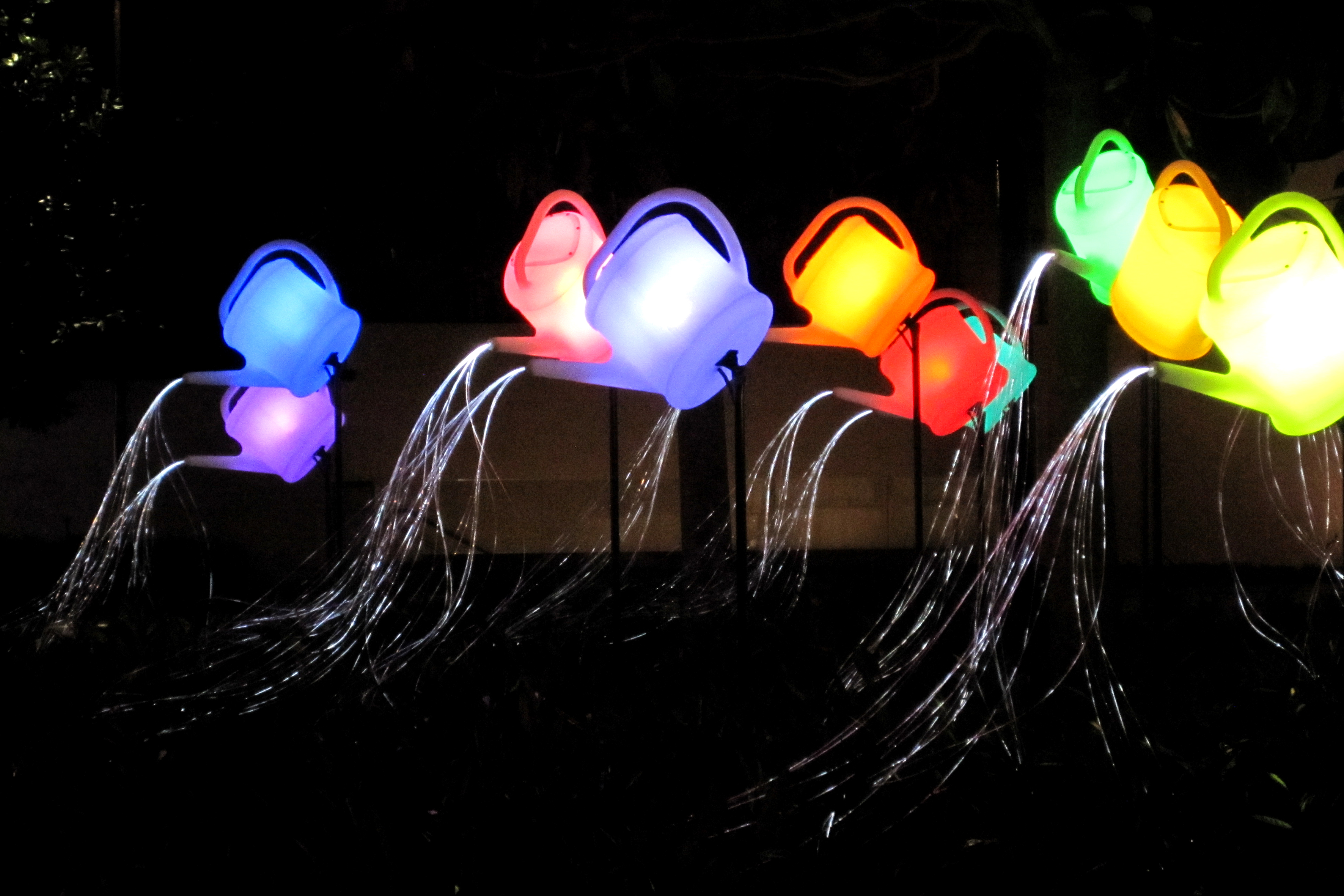 An unmissable event not just on the North East’s but the national cultural calendar, Lumiere 2013, staged from the evening of the 14th through to the 17th November, expects to welcome numbers to rival the 150,000 visitors who attended the festival in 2011.

In light of this huge attendance figure and Durham city’s geographical constraints, this year will be the first to impose a priority ticketing system for the event. There will be pre-booked (or resident) ticketed access only to the central peninsula area between 4.30pm-7pm, where 11 out of 27 installations are situated. After this window, a ‘theme-park style’ queuing system will apply. With all tickets having already been issued, those members of the public without are advised to first visit the many artworks outside of this location; suggested routes are available on the festival website:

“Wrap up warm, and prepare to be dazzled once again…”