Alice in Wonderland: A Sneak-Peek at the Upcoming Laing Gallery Exhibition 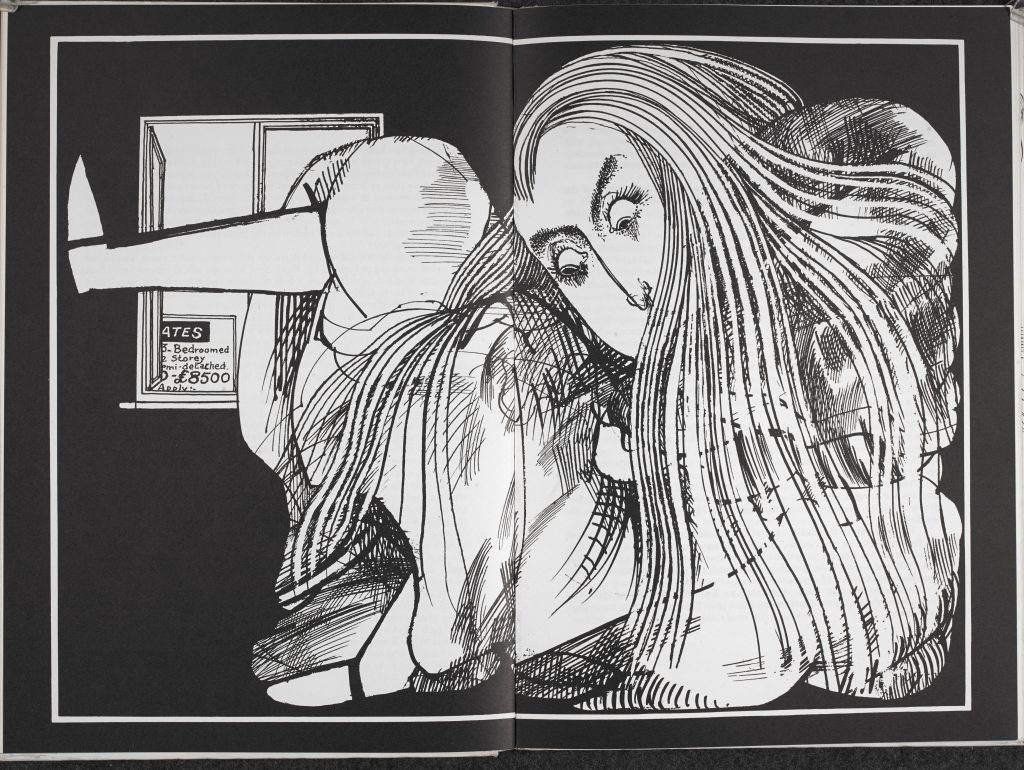 Last year marked the 150th anniversary of the first publication of Charles Lutwidge Dodgson’s – otherwise known as Lewis Carroll – fantastical and ever popular Alice’s Adventures in Wonderland. An incredibly influential work that has had an impact on decades of literature and popular culture; the Laing Art Gallery in Newcastle is celebrating this milestone with a British Library exhibition exploring the book’s lasting legacy. 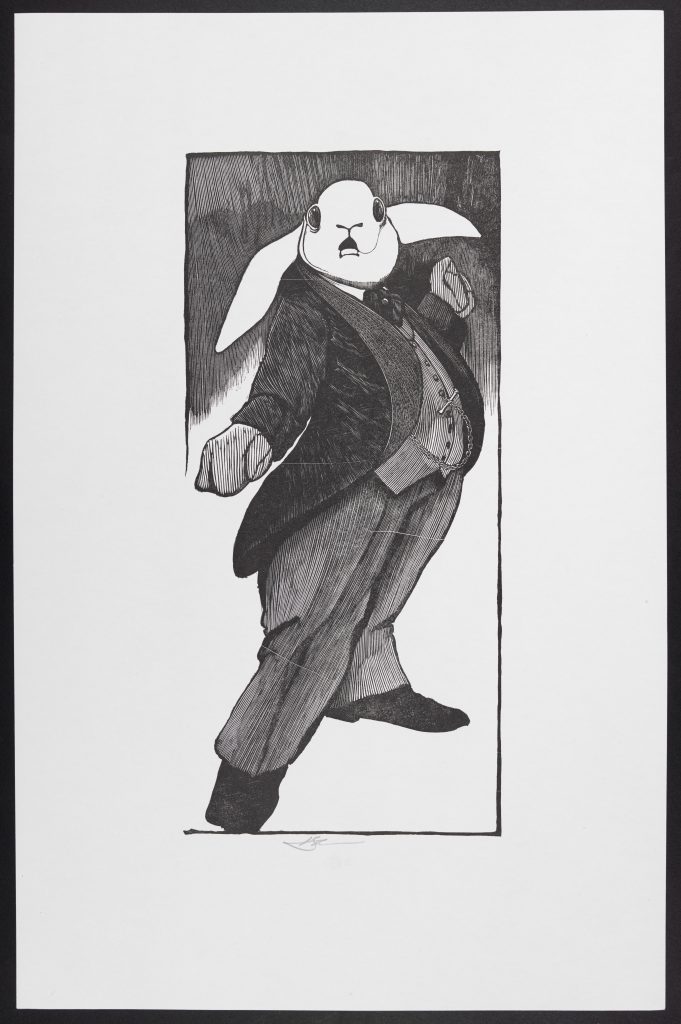 Why do we continue to be so enchanted by Alice and her story? The nonsensical dream world with its nightmarish tendencies has enticed generations of children and adults alike “down the rabbit hole,” thanks to its engaging heroine and persistent relatability in spite of our ever-changing world. Significantly, the book’s popularity reaches far outside the confines of its dedicated readership: countless creative minds have fallen under Alice’s spell and, through their personal interpretations, have further expanded its sphere of influence. As well as a number of films – including Disney’s Through the Looking Glass, which is set to be released at the end of May this year – Carroll’s book has inspired an impressive array of illustrations and drawings, many of which will be on display in the Laing. Tracing the story’s development through the eyes of some of the art world’s greatest talents, the exhibition includes works by Mabel Lucie Attwell, Peter Blake, Mervyn Peake, Ralph Steadman, Leonard Weisgard, Arthur Rackham and Salvador Dali, as well as featuring pieces by the author himself. The images perfectly capture the surreal nature of the novel and several of them, such as Barry Moser’s White Rabbit – which is really quite frightening – have a rather unsettling presence. 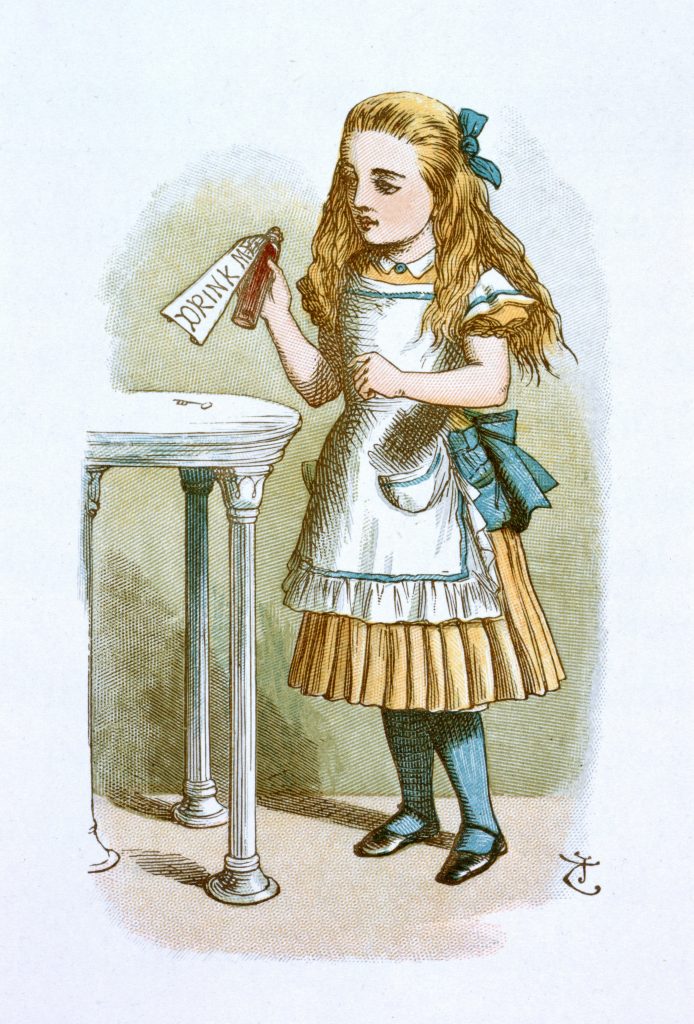 Featuring an intriguing mix of media, the exhibition boasts a variety of loaned items from London’s Victoria and Albert Museum, including pieces by architect and designer CFA Voysey and toy makers Susan Wynter and Pelham Puppets, as well as venturing into the realm of sound and technology with a recording of Jefferson Airplane’s White Rabbit and examples of themed computer games. To have such contrasting pieces presented alongside their original inspiration in the form of the book’s first edition and its early illustrations is a fascinating idea. It prompts the question: what would Carroll make of such diverse re-imaginings?

Interestingly, the exhibition’s setting in Newcastle is far from insignificant: as Julie Milne, Chief Curator of Art Galleries at Tyne & Wear Archives & Museums, has noted, “The story of Alice in Wonderland has many connections to the North East so we’re delighted to bring this exhibition to the Laing. It’s said Carroll spent a lot of time in Whitburn visiting family and it was during one of these visits he completed the poem Jabberwocky. Lewis Carroll’s father was rector of St. Peter’s Church in Croft, Darlington, where a distinctive carving of a cat may have caught young Carroll’s eye.” 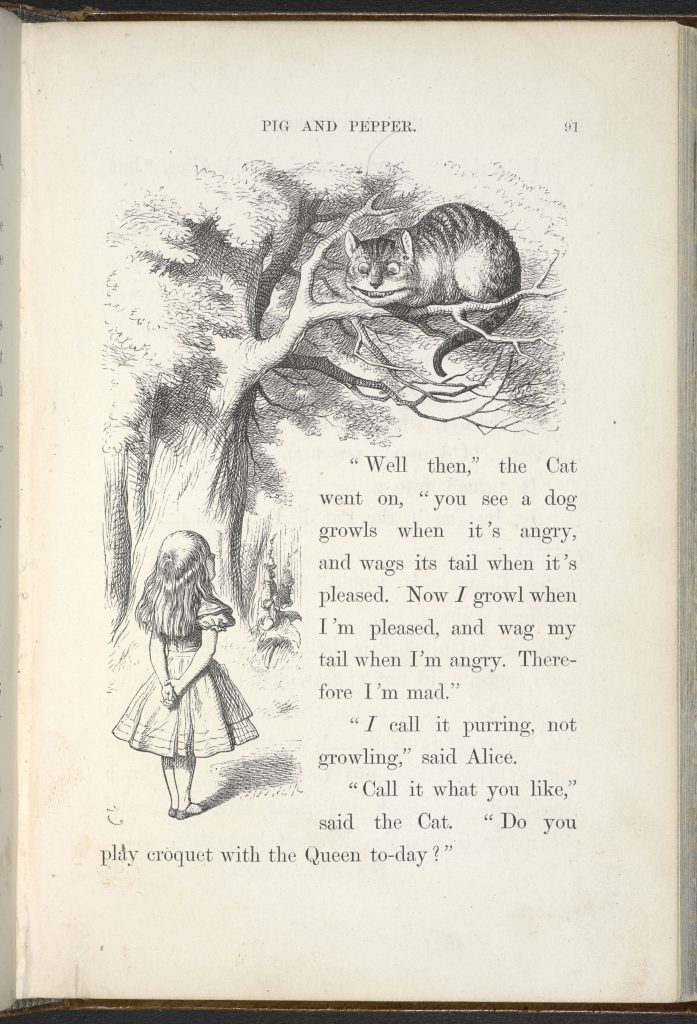 With special thanks to Laing Art Gallery for image and information sources.