Lauren Higginson in Columns on 5 February, 2012. 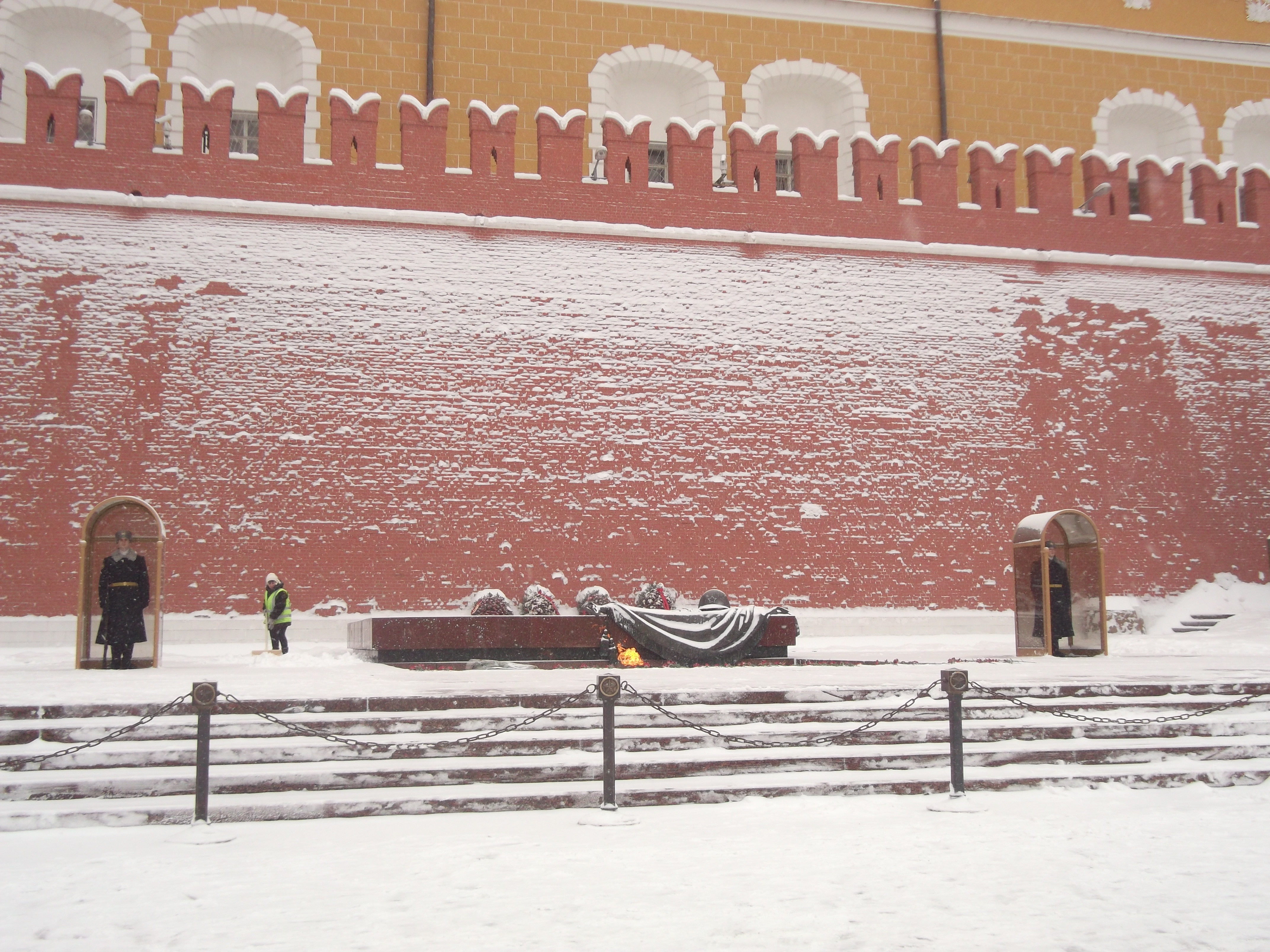 So here I am, back in Moscow. As with any holiday, in the time it took to manoeuvre the tricky trip home from the airport, haul the baggage up to the third floor and stick a brew on, it was as if time had stood still and I had never been away. Nothing’s changed, really – our apartment is thankfully still standing, the landlord’s casual threat to move in a small family in our absence having proved to be a rare case of Russian sarcasm; people still have no qualms about exchanging lingering, open stares on public transport; and Park Kultury, our metro connection to the circle line, has defied promises to have reopened in mid-December and is STILL closed for unexplained and very annoying repairs. No, it’s safe to say that everything’s exactly as we left it. Give or take 25 degrees.

The thirty second walk between the airport doors and the aeroexpress train to the centre of Moscow is one that I won’t forget in a hurry. There’s certainly no better cure for a case of jetlag and post-goodbye blues than a blast of -24 to the face. I’d recommend it, in fact, were it not for the unfortunate side effect of feeling that someone has cruelly detonated a shrapnel bomb in one of your lungs, propelling it straight out of your body and taking your extremities with it. OK, so perhaps that description is imbued with a touch of the melodramatic, but suffice to say that as a welcome back to Moscow, it was a little on the chilly side.

In the weeks since, I’ve slowly become acclimatised, today managing to limit myself to just five layers – practically swimwear. Nonetheless, going about your day-to-day business when the temperature outside is cold enough to numb your hands within seconds when you take off your gloves to send a text is a constant shock. Not that it seems to faze anyone here, though. There are no snow days, no children missing school on account of their inability to traverse a delicate sprinkling of snow, no businesses losing money from people too lazy to get out of bed and certainly no grinding halts in the nation’s transport system. People simply dig out their furs, turn up their collars and head out of the door. It’s admirable – incredible, even – how each winter the Russian people seem to adapt to the falling temperatures, bearing the frost, wind and constant undressing and re-dressing without complaint.

Of course, they’re used to it; however, there is undoubtedly a sense of pride in the way that they stoically withstand the four-month endurance test that it poses. The legacy of Russia’s weather is arguably as influential as any of its politics or economics. During the Second World War, it contributed enormously to the defeat of the German army; whilst, during the Siege of Leningrad, the unnaturally cold winter made starvation impossible to bear, it also enabled the sculpting of an ice road across the frozen Lake Lagoda to evacuate Leningraders out of the doomed city. In Solzhenitsyn’s ‘A Day in the Life of Ivan Denisovich’, which I fittingly finished as our plane landed in Moscow, the theme of the burdens of a Siberian winter weighs heavily on the hero’s physical and internal state. Given the reverence which many Russian’s hold for the past, and for the sacrifices of their forbearers, there is a sense that there is simply no place for banal complaints about the cold. Their ability to ‘deal with it’, as it were, connects them tangibly to all who have gone before and, as they don furs and hats in the same styles as have been worn to defend against the cold for generations, they seem satisfied with the fact that they are completely and utterly bona fide Russian.