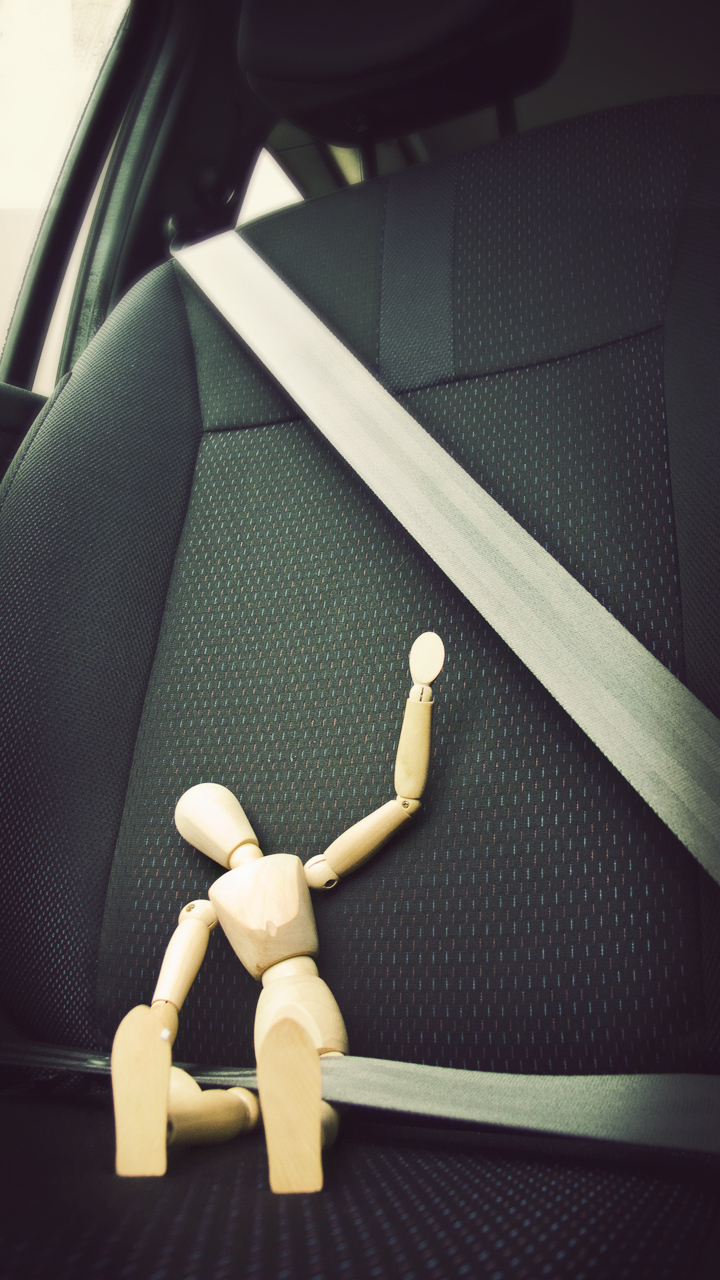 Every time I get into a car with an Italian they laugh at me. Not because I flash my knickers or inappropriately switch the radio to ‘The Wanted’ (all entirely possible with me) but because I immediately put my seatbelt on. Let me guess, you’re confused. To put this into perspective, for the majority of Italians, a seatbelt is to a car what pot–pourri is to a living room: utterly and completely pointless with a serving of nuisance on the side. For me, haunted by that tale of the boy who killed his mother by not wearing a seatbelt and constantly bludgeoned by UK adverts advocating the necessity of seatbelts, I remain flabbergasted by this blasé attitude to safety. Given that Italians tend to drive as prudently as I used to on the toy car circuit at Legoland (i.e. not at all), it’s truly baffling. The law in Italy dictates that all passengers must don a seatbelt, but in reality you’re lucky if even the driver is wearing one. More to the point, it’s not just reckless youths that so flagrantly break the law, but sensible adults too: “They’re just so uncomfortable” they lament. (So is smashing head-first into the windscreen at 95kmph, I refrain from pointing out). Where do the police come into this? “It’s illegal, yes” my Italian friend explains, “but the police don’t really care”.

Such trivialisation of the law is also seen in their attitude to marijuana – prohibited, but everyone does it. It seems to me that it’s rare to walk down the length of a street and not smell the all-familiar pong of weed. In the gritty excuse for a park near my house (see ) it seems all and sundry are puffing away. What’s more, no one bats an eyelid that children are scrambling over slides and swings in the nearby play area.

It all serves to prove to me how different Italy and England are when it comes to the of taking a walk on the wild side. Whilst we would like to wrap everyone up in bubble wrap, the Italians simply wave their hands (the equivalent of a Gallic shrug) and do whatever they want.

A stark reminder of their indifference to danger is the fact that passengers at train stations are actively encouraged to walk over the tracks in order to reach the appropriate platform; they even have purpose built concreted-over sections. They quite literally stare peril in the face. And to think in England we’re harshly reprimanded if we so much as step over the yellow line!

At my English secondary school (admittedly a boarding school) it was woe betide you if you were so much caught in the vicinity of a cigarette, but when I arrived at an Italian school yesterday (to spread the joy of the English language, not to skulk suspiciously, just to clarify) there were a cluster of under-18 students merrily smoking outside the entrance. Whilst simultaneously wishing I’d been an edgier teenager myself, I was surprised at a fellow teacher showing no hint of wrath whatsoever and simply smiling a warm ‘Buongiorno’. And to think I was once punished for taking my science goggles off too soon after an experiment had finished.

Moreover ID checking is unheard of here. Music to my ears I’ll tell you. If another London bouncer suggests I’m 17 by asking for my ID I’ll cry. Just because I’m the same height as the average 10-year old boy doesn’t mean I’m a minor. However, while this serves to make one’s wallet lighter and the odds of being insulted lesser, it does mean that the chances of bumping into your teenage students in a nightclub are high. There’s only so much respect you can afford a teacher after you’ve seen them slut-dropping to ‘Sexy Bitch’.

However despite this utterly relaxed attitude to all the serious things in life, it’s a whole different pair of sleeves as the Italians say (un altro paio di maniche), when it comes to the little things. En route to meet my Italian paramour the other day I decided to do my make-up on the train. For me this seemed entirely normal. Oh, but how my fellow Italian travellers stared. The middle aged man next to me actually exhaled a sad and lengthy sigh when he saw me reach for my concealer. When I put this situation to the aforementioned paramour, he too was mightily shocked, ” No Italian woman would ever do that” he revealed; clearly questioning our relationship and making a mental note to never be seen in public with me. On another outing with him I stopped in the street to take off my shoe and remove an offending stone and was greeted by a hearty shake of the head and a look of bewilderment. Coming from a man who would happily ride a racing motorbike without a helmet, it seemed a bit rich.

Moreover it has become abundantly clear that many Italian women, whilst perfectly happy to forgo condoms, would never broach the topic of sex in public or with male friends. Are they shocked by the openness of the characters in ‘Sex and the City’ who, if memory serves, discuss everything from limp snogs to backwards-facing cowgirl in all manner of restaurants and bars? No wonder they think us Anglophones a bunch of trollops.

In short it would seem that the puzzlement between Italy and England is mutual; and although in many ways I’d like to become more Italian (tanned, insouciant and a wiz at lasagne), I draw the line at eschewing seatbelts in cars and conversations about sex in public. I relish life and inappropriateness that little bit too much. Hey, maybe I’m the wild one after all.