Why Are Carol Services So Loved?

Millie Vickerstaff in Columns on 6 December, 2019.

Most people hold specific and fond memories from carol services, whether you were sat next to an embarrassing relative who sang out of key, or a friend who competed in singing louder than you and crescendoing on the lines ‘O Come Let us Adore Him.’, the service forms, for many, a vital pit-stop on the build-up to Christmas.

After witnessing this year’s packed – and let that be an understatement – Carrol Service in the Cathedral, it goes without saying that singing Christmas carols is extremely popular. The Reverend said himself that it was the most people to have ever turned up to a Carrol Service in recent history, and the masses of people bustling in queues for a seat – with a large majority being made to stand at the back – borne testament to this. But why then is it so popular?

Is it the memory for some of school carol services, and the traditions instilled within our psyche from those crucial childhood times? Or, is it the general Christmas atmosphere and festivities the Cathedral so willingly offers – and it should be mentioned that the Cathedral was open to anyone, irrespective of credence and religion? Is it the music itself? Carols – in my opinion – embody the sound of Christmas, and it has become impossible to differentiate one from the other; like the partnership of Christmas and snow, the mind naturally thinks of the festive season when greeted with snow, and so they are eternally bound to one another. The music performed on the evening of the 2nd of December was particularly sensitive and warm; so did people go to enjoy the beautiful renditions of ‘Cradled in a Manger Lowly’, performed by the Durham University Choral Society? Lastly, is it the religious elements of the service that inspired so many people to crowd within the historic walls of the Cathedral? (Or maybe it was in love and awe of the Cathedral itself? The options are endless.) All of the above seem credible reasons for trekking to the Cathedral on a winter’s night, and who is to say that we are not all motivated by a combination of the aforementioned points? However, it does beg the question; what place do Christian traditions and festivities hold for those of the youth who are increasingly secular? And, more broadly, should the enjoyment that the Carrol Service brings (as a facet of Christian worship and tradition) reflect something greater within our cultural needs and habits?

The history of the word ‘carol’ shows that its intended meaning was of songs of praise and joy, and this reflects the essence of what the Carol Service means for so many. Carols were adapted by travelling singers, depending on where they were sung and this expresses the power of singing and its personal function to appeal to the masses. The carol later came to be associated with Christmas, and the fundamentally religious lyrics – imbued with biblical excerpts – present a potentially off-putting feature of the Service for those of us who aren’t religious. But should that prevent a non-religious person from gaining great enjoyment from singing carols? The ideal answer is no! As Christmas is a religious holiday celebrated by so many who aren’t Christian, the carols are equally not prescribed to any set of ideals – as is shown by their origin – but represent the joy singing and community provide. 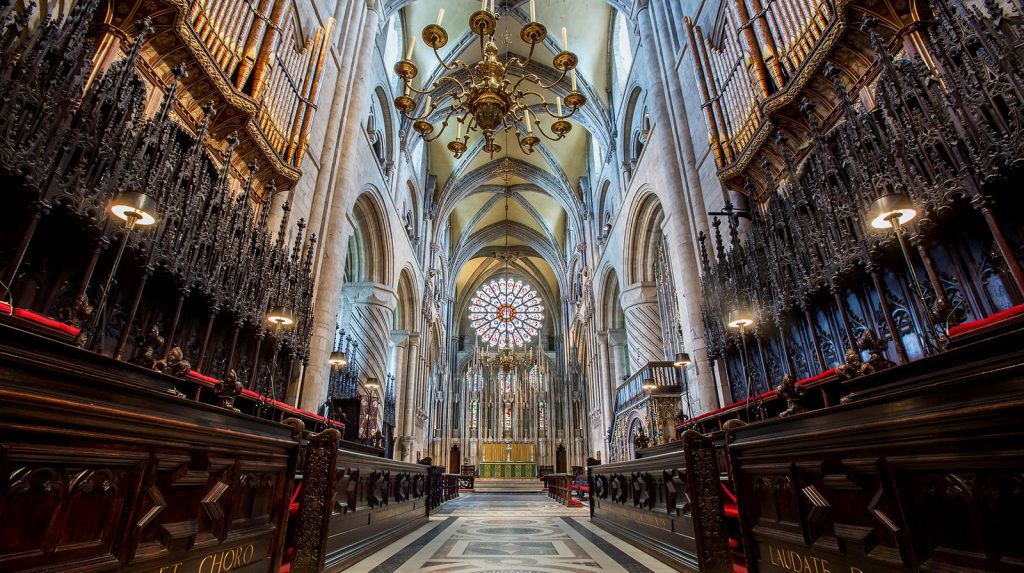 Carols are a fundamental part of the Christmas experience for so many – although there are always those who don’t see the appeal, much to carol-lovers’ dismay. Whether your vision of Christmas is opening presents, seeing certain relatives one only gets to see once a year, watching a certain TV show on the day of Christmas, listening to the Queen’s speech, revelling in the heat and stress of the kitchen on Christmas Day or eating certain family traditions of cuisine on Boxing Day – Christmas has ultimately become a canvas for personal choice, it is what you choose it to mean. Carol services may be a festive activity that encompasses the elements of tradition and community that comfortably fit your definition and ideals for Christmas. And I hope the Durham community will sing to that!