We all know the feeling of grievous shame – which will months later morph into an apathetic grimace – of the university reading list that remains in its perpetual state on a forgotten post-it note that once clung to your desk, but now lies furled in on itself and gathering dust on the floor.

Ah yes, the October-version of yourself even wrote down the supplementary secondary reading list … for leisure. That ambitious sentiment did not age well. 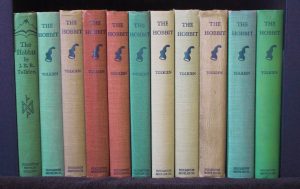 Way back when, that is – 1722 – Daniel Defoe was penning his interwoven chronicle of the adventures of Moll, and, I’m not going to say that he didn’t create a grippingly complex mystery, but given that the title was ‘The Fortunes and Misfortunes of the Famous Moll Flanders Who was born in Newgate, and during a life of continu’d Variety for Threescore Years, besides her Childhood, was Twelve Years a Whore, five times a Wife (whereof once to her brother) Twelve Years a Thief, Eight Years a Transported Felon in Virginia, at last grew Rich, liv’d Honest and died a Penitent’, it doesn’t leave much to the imagination. Defoe also wasn’t a fan of chapter divides, or indeed, punctuation in any form: there were sentences masquerading as paragraphs and pages pretending to be paragraphs. Often considered one of the pioneering texts in the development of the modern novel, while I cannot wax lyrical about the magic of Moll Flanders, I can easily concede its simple magnitude. 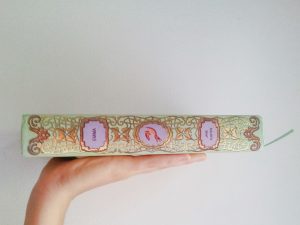 Now, the true meat and drink of 19th century literature: Austen. I hugely enjoyed the introspective domestic ironies and scathingly lyrical commentaries that Austen offered through Emma, however this can only be endured for so long without further action – it was around page 359 that I began to demand more of our eponymous protagonist than loudly contemplating the hardship of her frivolous existence. Of course, I still enjoyed the novel as a matter of principle, and it stood up to critical observances with each re-reading revealing a new facet of irony, however, as far as modern day mono-monikered heroines go (a certain Beyoncé springs to mind), Emma rather pales in comparison. It does have one of my favourite bracingly confessional quotes, though: ‘readers, I married him’. 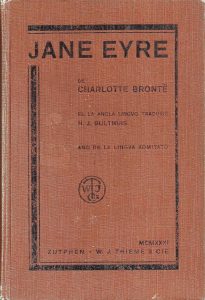 Ahh Jane Eyre – the novel that everyone pretends to have read and loved. This cynicism is not to say that I didn’t love it – of course I did (!) – the cynicism is just an inherent quality that English students engendered with because of the strenuous intensity of our 6 whole contact hours. But yes, Jane Eyre has a little bit of everything in typical Charlotte Brontë fashion – poverty, class, romance, madness, loss of identity and family dynamics, and an ending that I can never decide if I (a young upstart fresher with absolutely zero founded opinion) like  or not. Should Jane have finally been allowed to marry Rochester free from social requirement, or could they not have been equalised in a way other than bodily dismemberment? But I digress…

Dear readers, I did not read Bleak House. Charles Dickens was paid on a word-by-word basis. The aptly titled thing was 1,050 pages long. I regret nothing. Moving swiftly on.

This is basically 79 pages of everything and nothing happening, with a controversial and entirely nebulous discussion of civilisation in Marlow’s travels down the Congo. There are a few propaganda leaflets here, and heads on sticks there, in which I’m not certain that even Conrad knew what he was concluding with this tricky, tangled and gripping novella.

Ooh, bit of a throwback this – hailing from the Scandinavian heathen tradition in approximately the 13th century, centred on events and generations spanning from around 850-1000 to the point of Christianisation. These Old Norse composers were huge fans of granting various generations 5 syllable names after the preceding generations – not making it confusing at all! While the general events were interesting and compelling enough for a modern reader – where Egil undertakes bloodfueds, composes poetry and plays ball-games at age 3, this is essentially a 200 page translation of his ENTIRE geneology. Yes.