Who do you think you are, Minister?! 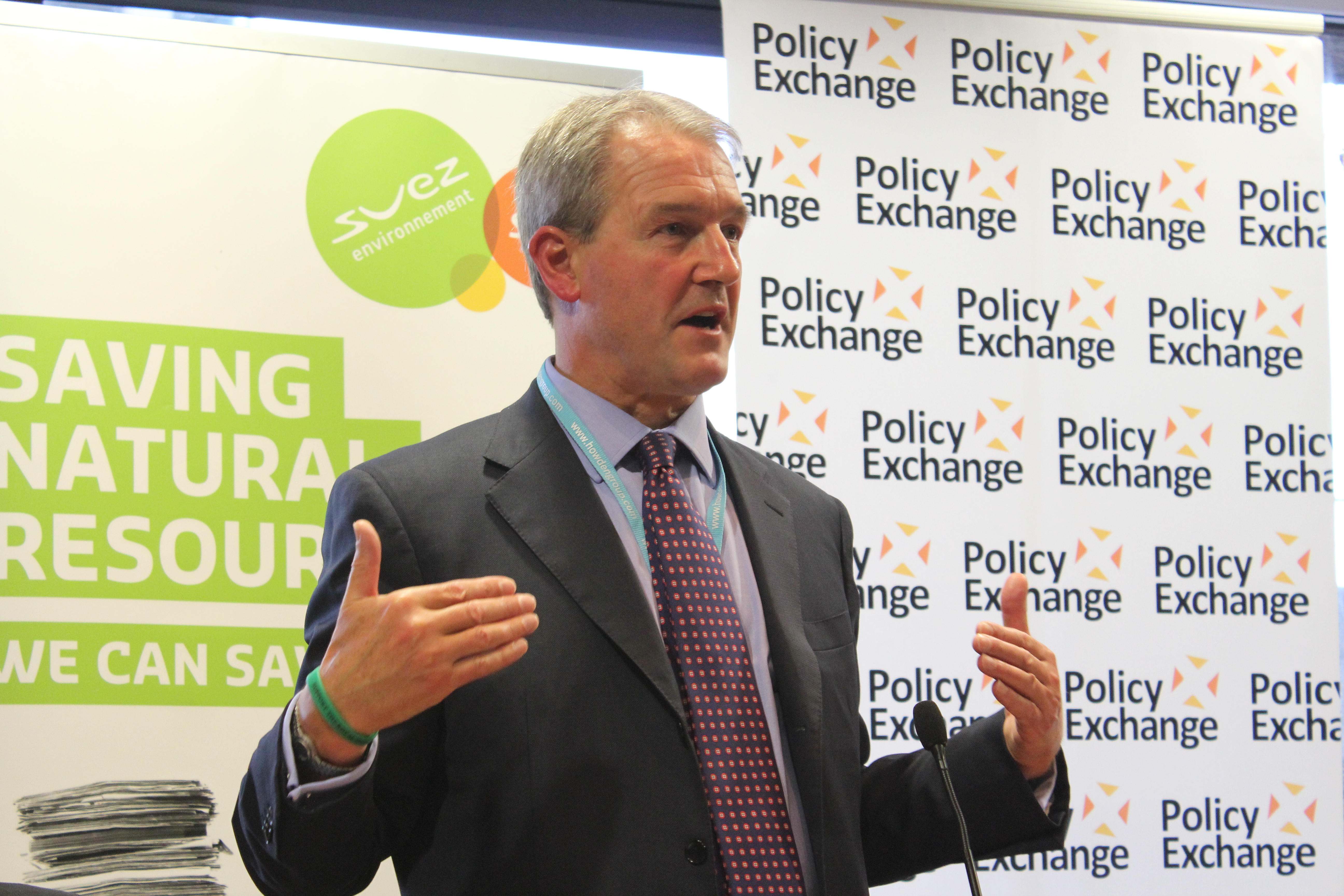 On his way out, after being dethroned from the position of Environment Secretary by the PM, Owen Paterson wrote a piece for The Telegraph in which he admitted to being a terrible Environment Secretary with little or no actual regard for the environment. And the short-lived career of new (now former) Civil Society Minister Brooks Newmark (thankfully of absolutely no relation to yours truly) began with him unveiling himself as an awful man for the job, fighting against charities rather than for them.

Mr Paterson endeavoured to coin a new phrase: “the Green Blob”. This is his phrase for all those nasty environmentalists, renewable energy firms, and public officials, who he claims are bullying the good people at the Department for Environment, Food, and Rural Affairs (Defra). Apparently, these people are forming a happy circle in which they all “profit handsomely” while failing to correctly address the issues; in fact, according to him, they are “doing real harm”.

However, while arguing about this circle of interests, he failed to mention, among other things, the fact that at least five of the members of the Lords committee which urged him and other ministers to stop dithering and accelerate the development of fracking, have economic interests in energy companies which are looking to frack. Sure, I don’t like it when people try to lobby the government purely to enhance their own profits; but I’d rather that the ‘green blob’ of renewable energy firms, backed by scientists and those who have devoted their lives to fighting for the environment get their way, than the frackers whose level of concern for the environment seems to be in negative digits. And, almost hilariously, while talking about “doing real harm”, Paterson mentioned that thing, ‘climate change’, a total of zero times, and that other thing, ’global warming’, just once – and that was to deny that it had anything to do with flooding in Somerset.

I hope that I’m not the only one concerned that someone who until recently was the leader of this country’s environmental policy is clearly infinitely more concerned about the idea of “highly paid globe-trotters of the Green Blob” making negative statements about capitalism, than about global warming and climate change, at a time when scientists are suggesting that we’ve now created an irreversible greenhouse effect. I know it must be pretty irritating for the chronic hypocrites of the Tory Party to have to put up with a party like the Greens, who, despite their troubles in securing funding, rejected a large donation from a tax-dodger purely out of dedication to their principles. It must be infuriating!

It is pretty telling that he compared his *efforts* at Defra to those of Michael Gove at the Department for Education and Iain Duncan Smith at the Department for Work and Pensions, claiming that the former is notable for “setting out to refocus education policy on the needs of children”, and I.D.S. for “setting out to empower the most vulnerable”. I’m not really sure whose needs Gove was actually targeting, but I’d like to know how many people would have him reinstated at the Department for Education; likewise, I’m unconvinced that systematically oppressing tens of thousands of disabled Britons can really be classified as “empowering the most vulnerable”. That’s laughable at best, and at worse it’s cruel and offensive. Utter shamelessness seems to be rife among those who currently lead us.

And still, the best was yet to come: “I am proud that my departure was greeted with such gloating by spokespeople for the Green Party and Friends of the Earth”. This is seriously the kind of material that I would expect as a joke written by John O’Farrell, the political satirist, rather than as an actual politician’s statement. Can you imagine a departing Home Secretary claiming that they were “proud” of being denounced by, say, Human Rights Watch? A Foreign Secretary revelling in being criticised by Amnesty International? Although I laugh, it is really quite concerning. It is of urgent importance that we do not allow those who push the neo-liberal agenda, to create an atmosphere in which honest, decent, principled organisations are seen as a big threat.

And that is where Brooks Newmark comes in. In his first big speech after becoming Minister for Civil Society, he defended the Lobbying Act (broadly opposed by actual members of civil society), and took the opportunity to make the insulting and possibly sexist suggestion that charities “stick to their knitting” and “stay out of politics”. Again, we see this awful pejorative outlook towards campaign groups, where they are regarded as something which only gets in the way of business and profit, rather than organisations full of people who have decided to dedicate themselves to a better world. Evidently, in traditional Tory style, charity is regarded as something that ought to be organised by wealthy housewives with nothing else to do- as a method for the rich to ease their conscience slightly, perhaps giving some money to the local soup kitchen. In my mind the image of Sybil Birling from An Inspector Calls is conjured up: the upper-class housewife who works for a charitable organisation but maintains horrible prejudices about the working-class.

“If I had known that being a lifeguard had anything to do with guarding lives, I wouldn’t have signed up!”. Since the two politicians being discussed here seem to have failed to understand the relatively simple nature of their positions, a quotation from an old episode of SpongeBob SquarePants is almost the perfect retort for Messrs Paterson and Newmark. The environment secretary should not be complaining about people trying to fix the environment, and the minister for civil society should not be telling civil society to shove off. Government is a representative institution: theses ministers are supposed to be representing the people on these issues, not protecting business interests from them. Both of these ministers are being replaced now but I can’t say that I would bet on their replacements being much better. It’s time to remind ministers of where the mandate really comes from.